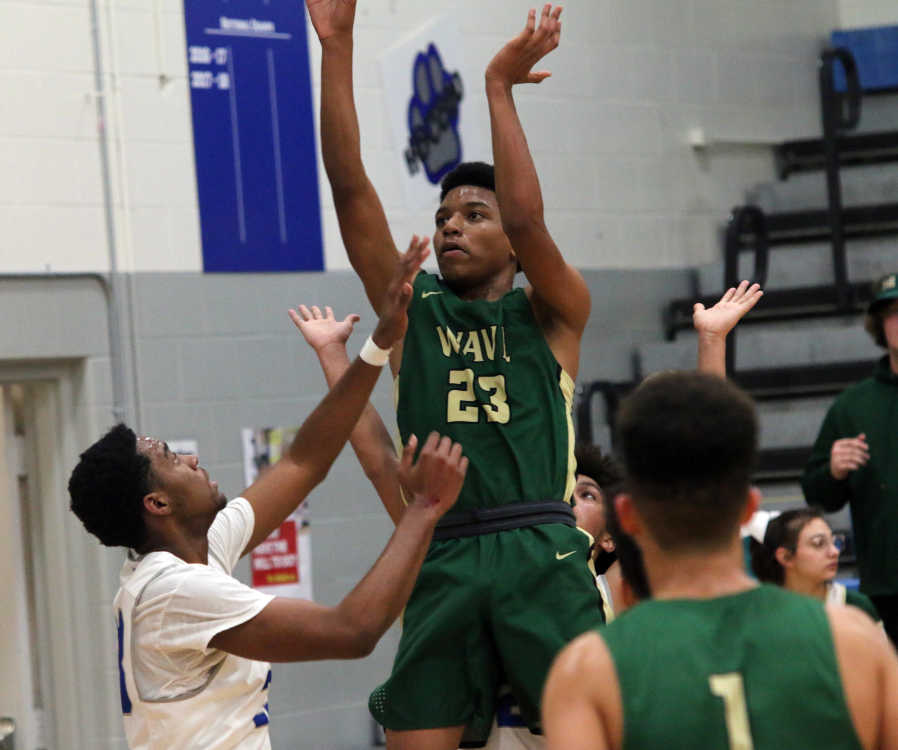 PORTAGEVILLE, Mo. — Down three points and time winding down, the Portageville boys basketball team had a pair of chances to tie the game up, against Malden, on Friday.

Sophomore Alex Winsor drove into the lane, drew the defense in, and kicked it out to junior Kelan Bills for a three-pointer in the right corner. Bills’ attempt hit the side of the rim, but Winsor found a way to gather the rebound for a second chance and tried to kick it out to junior Drew Irby for another attempt to tie the contest.

However, a whistle blew, and a travel got called to give the Green Wave possession and ultimately seal a 42-39 victory and spoil Portageville’s homecoming.

Ice cold shooting would be one to describe the Bulldogs night.

“Some of the shots were not great looks,” Portageville head coach Jason Irby said. “We shoot every day like I’m sure most teams do. Sometimes they go in; sometimes they don’t. I thought we passed up some good ones; we got a little afraid and fearful of the situation. We have to have those shots; we can’t be afraid to take them.”

Despite the cold shooting, the Bulldogs continued to battle down the stretch.

After a third-quarter, that saw Malden outscore Portageville 13-5, the Bulldogs responded in the final period. They wound up outscoring Malden 15-11 during the last eight minutes of action.

Even with a furious comeback from the Bulldogs, the Green Wave continued to remain calm. Their demeanor never wavered, including after a controversial call toward the end of the contest.

With Malden in possession, the Bulldogs forced the Green Wave near the halfcourt line, and eventually got a backcourt call. However, after the official brought both head coaches together, he stated that Portageville did touch the ball to force a jump ball, giving the Bulldogs the ball back, and setting up the final sequence.

Heading into Friday night, the preparation was simple for McBroom’s team — play at a faster pace.

Portageville, though, did withstand that pace and didn’t commit many turnovers as a result. The Bulldogs finished with seven miscues.

“Coach Irby, in my opinion, is one of the best coaches in Southeast Missouri. I think a lot of him. He did such a great job of instilling a game plan, and they executed, and we had to adjust.”

Lerma shot 6 of 10 from the floor, with six rebounds, while Castillo also shot 5 of 9 with five rebounds.

Sophomore Marques Jones finished with eight points on 4 of 10 shooting, but did his best work on the glass, with 10 rebounds.

“He likes to pop out some, so we wanted to make him shoot it from out there,” said Irby of his team’s strategy against Jones. “I know he can make some, but at least if he’s shooting out there, he’s not hurting us on the glass. Try to take charges and play physical, and I thought we did a pretty good job on him.”

Drew Irby led Portageville with 11 points, on 3 of 20 shooting (all three-pointers), with five rebounds.