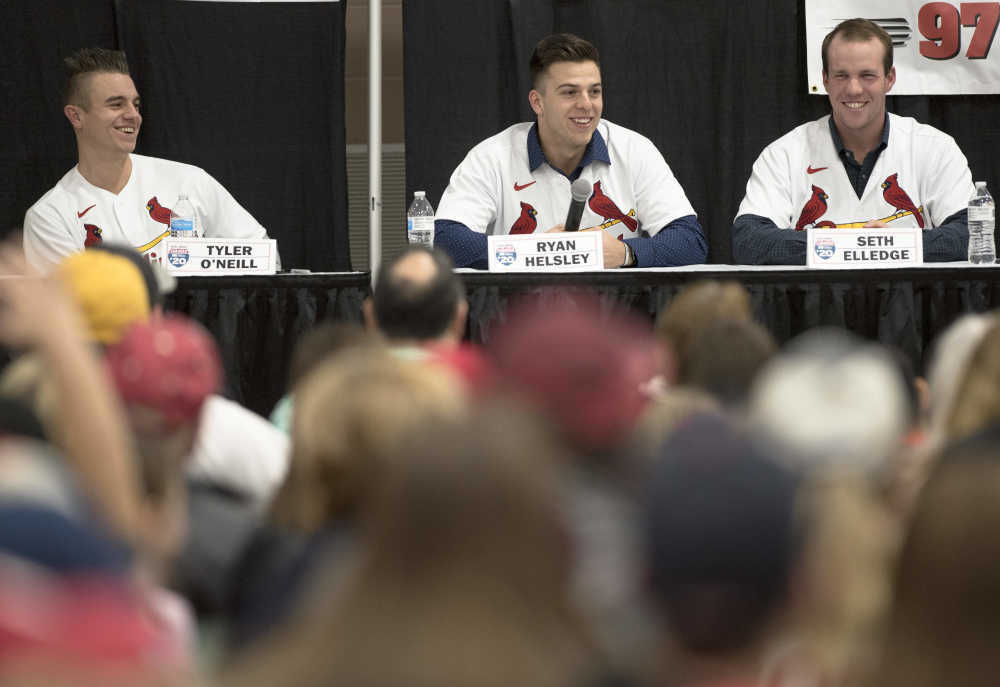 Capaha Field is perhaps busier than it has ever been – hosting the Capahas, the Catfish, Legion and SEMO Conference ball – and of course, the university’s Southeast Missouri Redhawks.

The university recently unveiled a $400,000 indoor facility at Capaha reported to be “the envy of many programs across the country,” according to a December 24, 2019 article by Semoball regional sports editor Tom Davis.

It seems clear - baseball is alive and well in this part of the world.

Multiple teams being supported at multiple levels by a gridiron-happy region.

The feeling is not replicated everywhere, it seems.

Major League Baseball is proposing to strip 42 minor league teams, nearly all of them operating in small towns like Cape Girardeau, of their major league affiliation.

Catfish unaffected by the plan

Cape Catfish, it should be noted, is not a minor league team. The club, which begins its second season this year, is a summer collegiate squad and plays in the Prospect League

Prospect is classified as a rookie league and is comprised of mainly first and second-year players.

If MLB follows through on this plan after the 2020 season, it will reduce the number of such teams by 25 percent to 120 across the nation.

The disaffiliated clubs, all in the lower levels of the minors, may technically still be able to operate.

However, since so many such teams are already struggling financially, losing connection to MLB may sound the death knell.

Some minor league clubs have been operating for multiple generations. The Chattanooga (Tn.) Lookouts, one of the 42 targeted teams, has been operating since 1885.

One of the other teams identified for disaffiliation, the Billings (Mont.) Mustangs, built a new stadium as recently as 2008.

A chance at the "Show" lost?

“If (MLB) doesn’t have those teams, it’s possible I never would have gotten an opportunity,” said Robinson, who played in the big leagues from 1998-2006, mostly for St. Louis.

“I’ve played in front of crowds that were (essentially) parents and girlfriends (of players),” Robinson said.

“In some (minor league) towns, there are no fans,” said the 24-year old Canadian. “There are very long bus rides (and) it’s tough to play in places where it’s not really professional baseball.”

Ryan Helsley, who made it into St. Louis’ bullpen late in the 2019 season, says fewer teams may be a blessing in disguise for some of his minor-league brethren.

“A lot of guys don’t make it very high up in the system,” the 25-year old Oklahoma native said.

“Maybe, if this happens, they move on to some other career more quickly,” he added.

Andrew Knizner, who may end up as the Cardinals’ number-three catcher behind Yadier Molina and Matt Wieters, said he sees the downside of retrenchment.

“You’re taking a lot of teams away from cities who enjoy minor league baseball,” said Knizner, who played in 18 games for St. Louis last year.

Echoing Robinson’s concern, Knizner says good, young ballplayers may never get a shot in the future.

Seth Elledge, a Cardinals farmhand, was the most vocal about the planned reduction of minor league teams.

“I’ve played in Clinton, Iowa and Modesto, California,” the 23-year old righthander said. “I saw the pride these cities had in their club and they filled the stadiums for our games.”

The Clinton team is on the disaffiliation list as are the State College (Pa.) Spikes, St. Louis’ Class A short-season team which plays in the New York-Penn League.

The more Elledge thought about MLB’s not-yet-approved proposal, the less he liked it.

“I’ve had friends who were late-round picks who got a chance and a few actually got to the bigs.”

Kerry Robinson, the 1996 SEMO graduate, has the last word.

“If (minor league) teams get eliminated and become independent,” Robinson said, “other teams can more easily pluck players (from MLB-abandoned teams) at any time – and that might be good for guys.”

The rationale and specifics

MLB told the New York Times planned reorganization is necessary to make the minor leagues “more efficient and to improve conditions and facilities.”

According to Sports Illustrated, the reduction in minor league teams would be accompanied by a cap of the number of total affiliates any one team is allowed to operate (five).

Additionally, the upper limit of players signed to minor league contracts would be cut to 150.