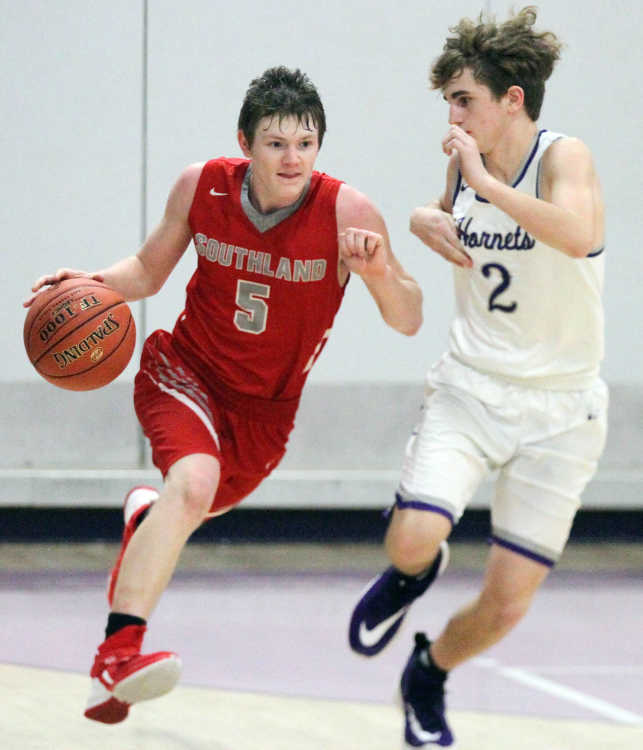 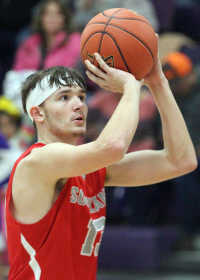 “We weren’t playing hard the first half,” Snider said. “It had nothing to do with our offense or defense. It was just our effort was terrible. We went into the locker room and I told them, ‘It’s either going to get better or we’ve got a bunch of kids on the bench that are chomping at the bits to get in.’" 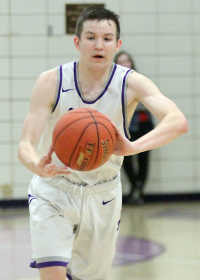 Holcomb responded to the halftime speech with a 35-point third quarter as it increased its lead to 74-38 by the start of the fourth quarter on its way to an 80-49 home victory.

"We came out the second half and got a few steals and got some momentum,” Snider said. “A lot of kids started playing harder then because they were having a lot more fun playing basketball. Tonight boiled down to we didn’t play hard the first half and we played hard the second half.”

Southland’s best streak of success against Holcomb came in the second quarter it won 19-17. The Rebels put together a 15-3 run to cut Holcomb’s lead to 35-33 with 53 seconds left in the first half.

Holcomb responded with the final four points of the first half and opened the second half on a 22-3 run to pad its lead to 61-30 by the 3:23 mark of the third quarter.

“The past three years we’ve played Holcomb we’ve shot a lot of free throws in the first half and kept it close and then they’ve come out more disciplined the second half,” Southland coach Charlie Stormes said. “Tonight they picked up their intensity in the second half. We also missed some shots early and they hit some quick in the second half. It just kind of took the wind out of our sails.”

Holcomb, which scored transition layups frequently in the second half, increased its lead to 74-38 by the end of the third quarter before Southland won the fourth quarter 11-6.

“Southland has a great team and I think the flu bug has hit them,” Snider said. “Hats off to them because they played a great first half. I think as the game went on they may have had a shorter bench than normal tonight and we got to them with our press a little bit.”

Holcomb displayed the ability to knock down shots from the perimeter from the get-go. The Hornets drained eight of its 11 3-pointers in the first half, including five in the first quarter.

Nate Rhew knocked down all four of his treys in the first half on his way to a team-high 22 points for the Hornets. Dylan Bradshaw hit three treys on his way to a 15-point performance. Eli Bader and Zander Burk both hit a pair of treys and finished with 14 and 11 points respectively for Holcomb.

“We tell our kids to look for the best shot they can get,” Snider said. “Sometimes with the kids we have the best shot we can get is an open three. We just have to make sure we get the ball inside more than we just jack up shots from 3-point range. We need to get the ball in the middle of the floor and then pass it back out.”

Sophomore Jamarian Edwards scored multiple transition layups on his way to a team-high 19 points for Southland.

“When he decides to get after it he’s a dangerous player,” Stormes said Edwards who had eight 2-pointers and a trey. ”He’ll be a threat in this conference for the next two years.”

Southland (4-9) is back in action Friday when it visits Richland.

“It should be pretty competitive,” Stormes said. “We are going to try to do the best we can Friday and regroup from this loss.”

Holcomb (2-10) will attempt to secure its third conference win this week when it hosts Risco Friday night.

“Huge game with Risco,” Snider said. “They will be ready to play. It’s also our Homecoming. We need to start the game tomorrow like we started the second half tonight. We just need to play hard and get after it.” 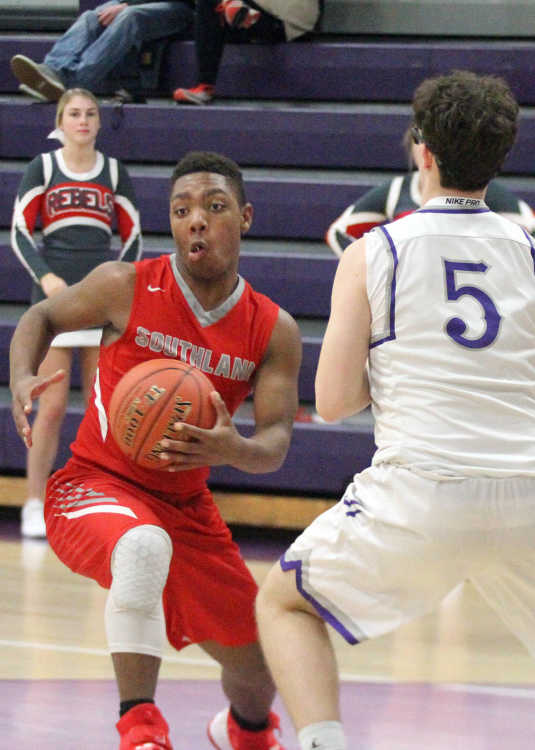