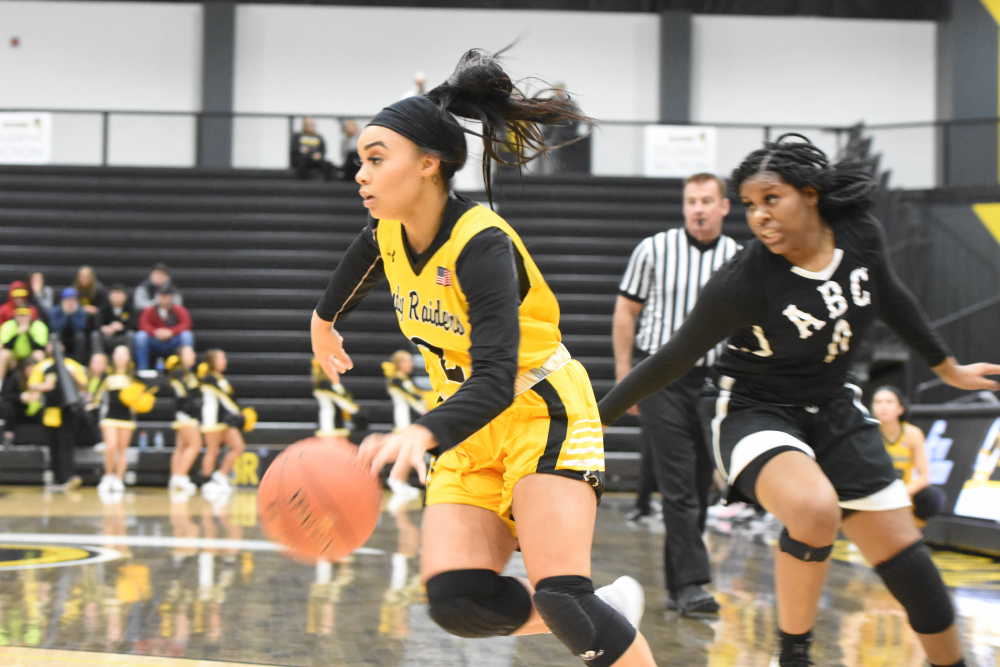 As of Jan. 14, Kalyssa Hollis had made one 3-pointer all season. The 6-foot-2 forward was 1 for 9 through 19 games. The only person on the team who had attempted fewer 3s this year were fellow post players Brogan Jones and Jamiyah Thomas.

With Three Rivers running more of a five-out offense of late, Hollis sank another two 3-pointers in a 102-41 win over Arkansas Baptist on Tuesday and in the past week, she is 7 for 10 on 3-pointers and 13 for 17 overall. In the process, her shooting percentage from 3 has skyrocketed to 42.1%, making her the team’s third most accurate 3-point shooter, albeit with a limited sample size of 19 attempts.

Three Rivers now has six players shooting at least 30 percent on 3-pointers and averaging at least 5 points per game.

“We knew she could shoot it coming in, just having the confidence to shoot it,” Three Rivers coach Jeff Walk said. “We shoot a lot of 3s in practice, so it gradually builds and builds and builds until you get to this point in the year.

Hollis made a pair of 3-pointers in the opening minutes against the Buffaloes (2-16) as the Raiders (17-5) jumped out to a 12-2 lead. Hollis finished with 10 points and has now scored in double figures in three straight games after doing so once in the previous 19, elevating her scoring average from 4 to 5 in a week.

Chaylea Mosby, who led the team with 16 points and seven rebounds, kicked off the quarter with a pair of 3-pointers as Three Rivers shot 55% in the first half.

Katelyn South’s 3 with under 2 minutes left in the third quarter put the Raiders ahead by more than 50. An’Nyah Pettus scored 2 minutes into the fourth quarter that pushed the lead to more than 60 points.

Later on, Mosby got a layup off a steal with a minute left in the game that gave Three Rivers 100 points in a game for the sixth time this season, and Autumn Dodd made a jumper on the Raiders’ next possession that put them ahead by 71 points and also set the final score.

Three Rivers finished 15 for 34 on 3-pointers with everyone on the team attempting at least one.

“We kind of went back to what we were doing last year, taking their bigs out to where they have to play defense out on the perimeter,” Walk said. “We don’t have one kid we don’t want to not shoot it.”

Six Raiders scored in double figures. Along with Mosby and Hollis, Pettus had 15 points, South got 13 while Jordan Little and Dodd both had 11.

Tuesday’s contest was a stark contrast to the first time Three Rivers saw Arkansas Baptist this season when the Raiders won 74-71 on Nov. 26 at Little Rock.

“We couldn’t hit a shot to save our lives and they were making everything,” South said. “We just played so bad that last time we played them. They were the same team, we were just making shots like we weren’t when we were there.”

In that game, Three Rivers had to rally after scoring five points in the second quarter.

The Raiders next host Moberly Area at 5 p.m. Saturday. The Greyhounds are 2-0 against Three Rivers this season, winning 71-63 in the Region XVI Showdown and 90-74 on Jan. 10 at Moberly.