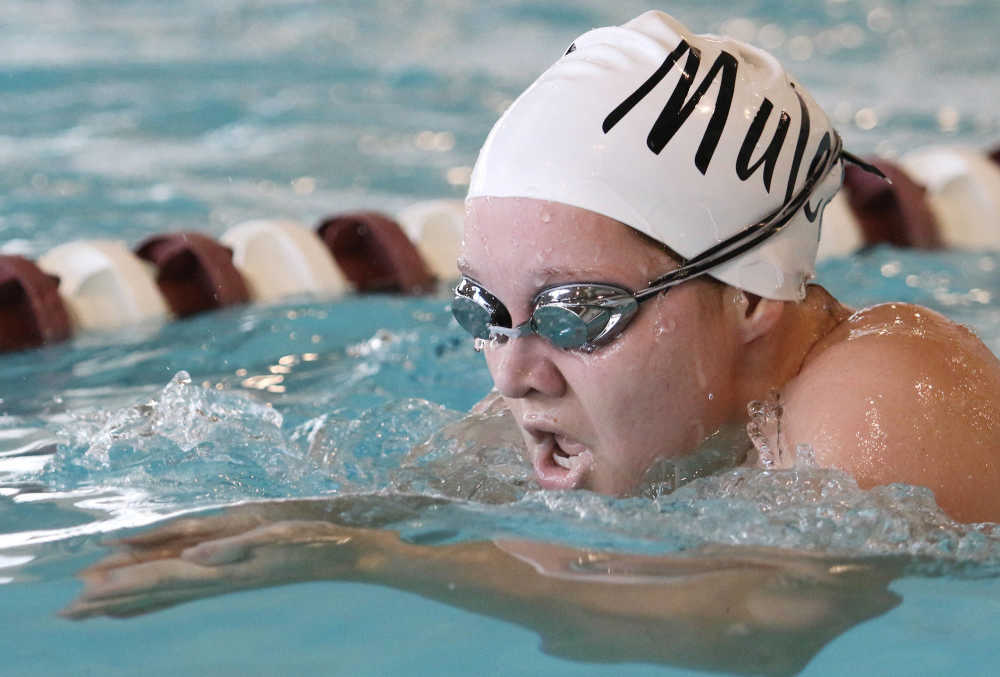 Seniors accounted for seven top-three finishes in individual events as the Mules swept the relays and beat Jackson by 82 points.

"Each one contributes something different for the team that makes the team base so strong," Mules coach Beth Lewis-Muse said. "Not only in the water, but out of the water too."

Bradley was also first to the wall in the 500 freestyle in 6 minutes, 28.71 seconds as Rush followed in 6:33 and teammate Emryn Smith was third.

Swimming Roundup, Jan. 21
Southeast Missourian
The Mules won six of the 11 events to score 157 points and pick up a tri-meet victory over the Indians and the Zizzers. Jackson edged out West Plains for second place by a single point 75-74.

Cisne was second in the backstroke and third in the 200-individual medley, cutting 2.13 seconds off her previous-best time.

Leighty was third in the butterfly, cutting 1.89 seconds off her time, and sliced 17.63 seconds off her breaststroke time. Rush placed third in the 200 freestyle while Wiseman was fifth in the butterfly. Phelps finished seventh in the breaststroke while Cram had the eight-fastest time. Hicks cut 0.3 of a second off her 50 time and had the fourth-fastest time.

The Mules took the top three spots in three events and placed two in the top three in five more races for 157 points. Jackson was second at 75, a point better than West Plains.