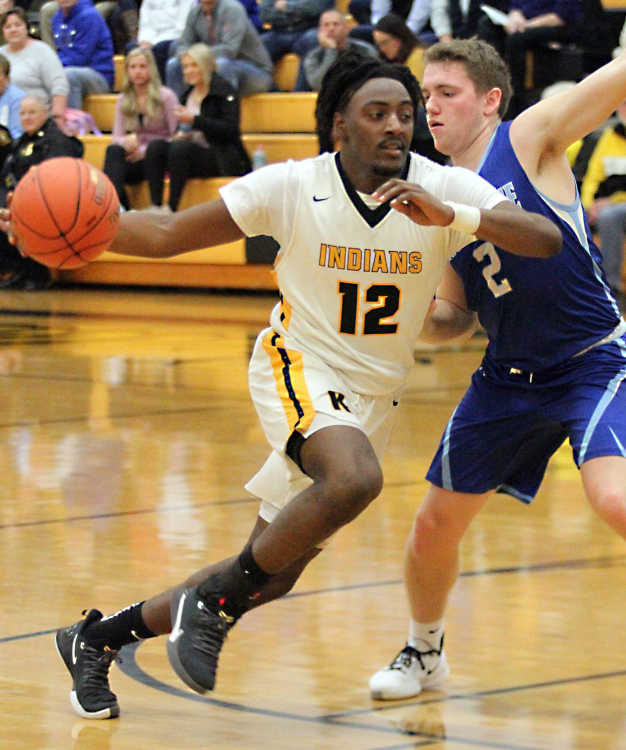 KENNETT, Mo. - The Kennett Indians varsity boys basketball team cut a 12-point halftime deficit as close as four points in the final minute but was unable to erase all of the first-half success the visiting Notre Dame Bulldogs enjoyed. 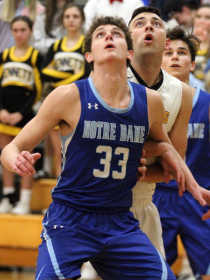 Notre Dame opened the first quarter on a 13-3 run and closed out the second quarter on a 9-2 run to build a 35-23 lead by halftime and hung on to beat Kennett 59-55 Friday night.

“The first half we played pretty well,” Notre Dame coach Paul Unterreiner said. “Kennett did a good job cutting it down in the second quarter but then we made another really nice run right before halftime. But coach Halford does a tremendous job with his guys at Kennett. He gets his guys to play hard-nosed basketball and they found a way to make it really uncomfortable for us in the second half. They put us on our heels late but we did just enough to get out of here with a victory.”

Kennett rallied late as it closed out the fourth quarter on a 15-8 run.

Kennett senior Jackson Henfling, who finished with 17 points, got his squad as close as four points when he hit a 3-pointer shortly before the final buzzer sounded.

“We knew what we had to do down the stretch to be effective,” Kennett coach Andrew Halford said. “We got some deflections and steals late. We’ve just got to find a way to put four good quarters together going forward against these good SEMO Conference teams if we are going to win.”

The Bulldogs set the tone early by attacking the paint. Senior forward Justice Thoma and junior forward Caleb LeGrand both recorded three 2-point baskets in the paint in the first quarter to help Notre Dame build a 19-11 lead by the start of the second quarter.

“I thought our guys played really well the first half,” Unterreiner said. “We were throwing it inside really well and attacking the glass.”

Kennett cut the deficit to 21-18 by the 5:17 mark of the second period but struggled to hang on to the ball in the closing minutes of the first half. Notre Dame scored multiple transition buckets in the final five minutes of the second quarter. Drew Heisserer provided the finishing touch when he hit a 3-pointer in the final seconds of the half to pad Notre Dame’s lead to 35-23.

“They played three different defenses on us tonight,” Halford said. “We need to do a better job of recognizing defensive changes and figuring out what we are going to do quicker. We’ve also got to be more efficient on offense. We had 10 turnovers and only brought down 10 rebounds in the first half. When you do that it means more possessions for a good Notre Dame team.”

Kennett once again got within single digits of the Bulldogs at 44-37 with 55 seconds left in the third period. But Notre Dame followed with the final five points of the third quarter to pad its lead back to double digits at 49-37 by the start of the fourth quarter.

“This was a game that timely things happened for us,” Unterreiner said. “When Kennett went on a little run we found a way to force a turnover and get a timely bucket to slow the bleeding.”

Sophomore Ben McMullan displayed a hot hand for Kennett. McMullan knocked down five of his team’s seven 3-pointers on his way to a game-high 21 points.

“He shot the ball well and was in a rhythm,” Halford said.

Kennett (12-5) is back in action Tuesday when it hosts Saxony Lutheran.

“They are much improved from last year,” Halford said. “They’ve got a few kids back. They will be a formidable Class 3 opponent. But I’m just grateful we will get to have another home game. We’ve been on the road so much that we will only be playing our third home game of the season next week. We need to have a short memory on wins or losses either way after beating Bernie Tuesday and losing to Notre Dame tonight and just get ready for Saxony.”

Notre Dame (12-4) is also scheduled to travel to Saxony Lutheran next Friday. But Unterreiner is searching for a St. Louis area squad to play beforehand.

“We are going to try to pick up a game on Tuesday or Wednesday,” Unterreiner said. “I’m hoping some of the St. Louis schools that got snowed out tonight won’t want to make a game up against each other and will pick us up instead.” 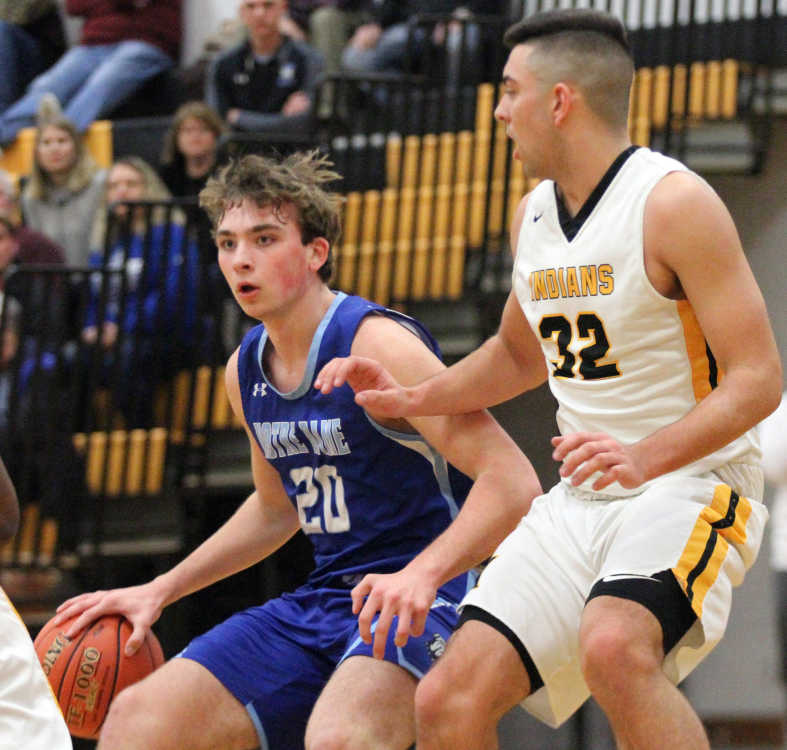