The challenge for prep football in Missouri 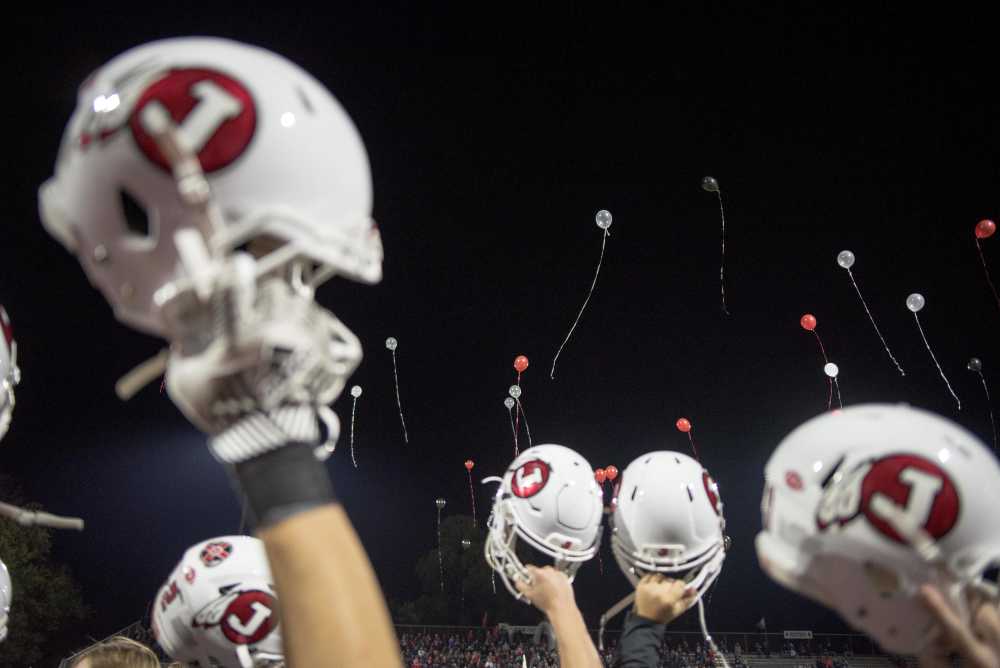 Jackson players raise their helmets as balloons are released before a game between Jackson and Parkway Central Friday, Oct. 25, 2019, at Jackson High School.
Tyler Graef ~ Southeast Missourian
Order this photo

The man responsible for overseeing football for the Missouri State High School Activities Association has no doubt – the game is OK for young people to play.

“I truly believe that high school football is safer than ever before,” said Greg Stahl, MSHSAA assistant executive director.

Stahl’s protestations to the contrary, participation by young people on the prep gridiron is falling.

Not an opinion – fact.

Stahl, while lamenting the trend, acknowledges it.

“In Missouri, we have seen decreasing number of participants (in football) six straight years in a row.”

More young people are making the choice not to do as their parents and grandparents did – put on a uniform, pads and a helmet – and play for the pride of their schools.

Stahl is a member of the National Federation of State High School Associations (NFSHSA) and says Missouri’s decline is mirrored all over the country.

“One of the reasons for the drop is that student-athletes are focused on single-sport specialization,” Stahl said, choosing to devote energy to getting better at just one athletic endeavor.

Track and cross-country seem to be the big beneficiaries of the move away from football nationally.

In Connecticut, for example, boys participation in cross country is up 36 percent since 2002. The increase for girls is 20 percent. In our region, the Stoddard County district of Puxico added cross country to its sports offerings for the first time this past fall.

“I asked the school board to add cross country,” said Puxico superintendent Cindy Crabb, “because the sport advances our mission to help teenagers achieve a healthy lifestyle in an activity they can do all their lives.”

When track is over, Stahl said, more Missouri young people are choosing to spend the off-season in training, going to camps and doing strength conditioning.

Part of the reason for this narrow focus on a single sport, Stahl suggests, is to increase a teenager’s chances at an athletics scholarship in college.

The white elephant in the discussion about football’s falling participation rates has to do with head injuries.

Stahl, who played on the gridiron as a teen, believes the concern is overblown.

“Long ago, kids played with concussions,” Stahl asserts, “and until 2009, head injury cases were not tracked consistently.”

Since there is voluminous concussion data for the last ten years, the MSHSAA official suggests, “the numbers make it seem as if the game is out of control.”

Stahl has had a unique insight into the effort being made to keep young people safe in the game legendary Green Bay Packers coach Vince Lombardi once called “controlled violence.”

“In the last eight years, I’ve witnessed an incredible number of rules changes putting safety and risk management at a higher level of importance,” Stahl said.

He cites increased penalties for targeting, helmet-to-helmet and blind-side blocking.

“Helmets are better insulated from hits than ever before due to improved craftmanship,” the MSHSAA official offered.

Stahl insists he is not an apologist for a game he loves. He is very aware playing the game is potentially dangerous and life-altering.

“It’s a risk every time you step on a field,” said Stahl, “but it is so easy to put a distorted spin on the news we’re hearing about injuries.”

Many of us will turn to our television sets Sunday to watch the penultimate NFL games of the season.

Whomever emerges from these contests will play in the Super Bowl in two weeks.

As we watch, we should be aware that there are fewer young people in the pipeline.

“Football rosters are getting smaller (in Missouri),” said Stahl, “and Class 1 schools in particular.”

As many as 32 schools are contemplating dropping the sport all together in the Show Me State.

Stahl says drops in overall enrollment and the cost of sustaining a football program – generally higher than in any other prep sport – are other reasons why football is struggling at the high school level.