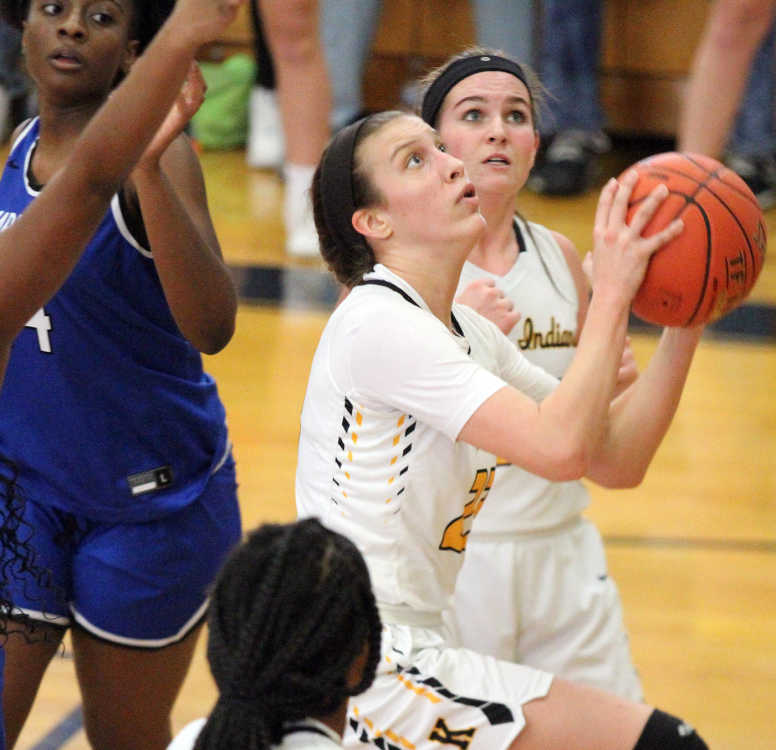 KENNETT, Mo. - The Kennett Indians varsity girls basketball team played from behind until the final second of the third quarter but managed to put together the finish it needed to beat the Charleston Bluejays Thursday afternoon. 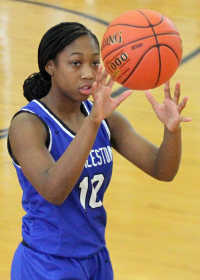 Caroline Patton, who finished with a team-high 17 points, hit a 2-point basket at the end of the third quarter to give Kennett its first lead at 25-24. The Indians also won the fourth quarter by a bucket as it edged visiting Charleston 36-33.

“I think our pressure got to them a little bit late,” Kennett coach Aaron New said. “We were finally able to get the ball out of Jones’ hands and they turned it over a little bit. We also made some free throws late in the game.”

Charleston trailed by five points or less throughout the fourth quarter.

A 2-point basket by Patton gave Kennett a 34-29 lead with 2:15 left. Charleston cut the deficit to three points twice in the final two minutes but never moved ahead.

The Indians held the ball for much of the final two minutes and made five of the eight free throws it attempted in the fourth quarter.

“Defense was the difference,” Charleston coach Dollette Hall said. “We didn’t pull out like I wanted us to when they started stalling the ball. We let them burn way too much time off the clock.”

The first half was a different story. Kennett did not score until the 4:26 mark of the first quarter and recorded only two field goals in the first 10 minutes of play as Charleston jumped out to a 16-7 lead by the six-minute mark of the second quarter.

“We struggled coming out of the gates again, offensively,” New said. “We couldn’t get anything going in the first half and their guard, Ashanti Jones, had a tremendous first half and got them a little bit of a lead. But we settled in and played a little bit better in the second half.”

Senior guard Ashanti Jones provided an offensive spark for Charleston in the first half. Jones, who fouled out in the final minute of regulation, recorded 15 of her team-high 19 points before halftime.

“We did a good job of moving the ball and looking for open players early in the game,” Hall said. “We’ve only got the one ball-handler so we want to catch and look instead of put the ball on the floor.”

Kennett slowly made up ground as halftime approached. The Indians closed out the first half on 10-4 run to cut the deficit to 20-17 at halftime and won the third quarter 8-4 to move ahead one by the start of the fourth quarter.

“We were able to run eight or nine kids in there and Charleston dressed six,” New said. “I could tell at the end we were a little bit fresher than they were.”

The Indians are now 1-1 against Charleston this season. Charleston beat Kennett 39-35 in the first meeting at the Lady Royals Classic on Dec. 27.

“It will be an exciting game on Tuesday,” New said. “Holcomb will be well-coached and ready to play. I hope we are ready to play as well." 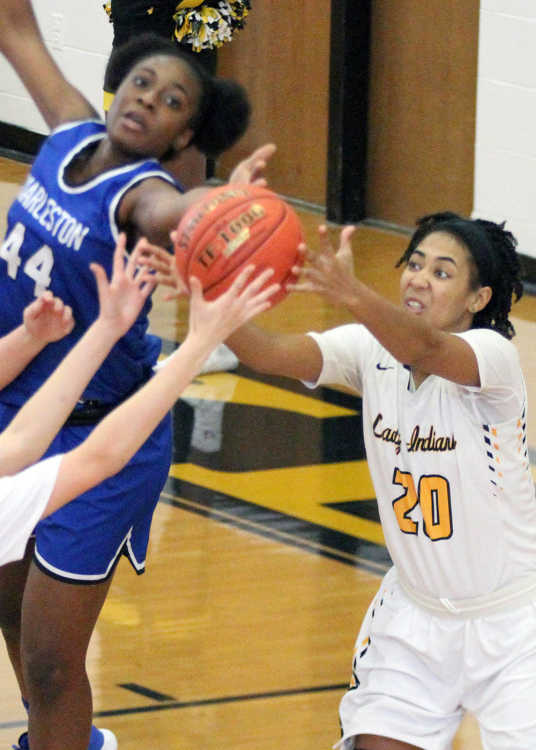