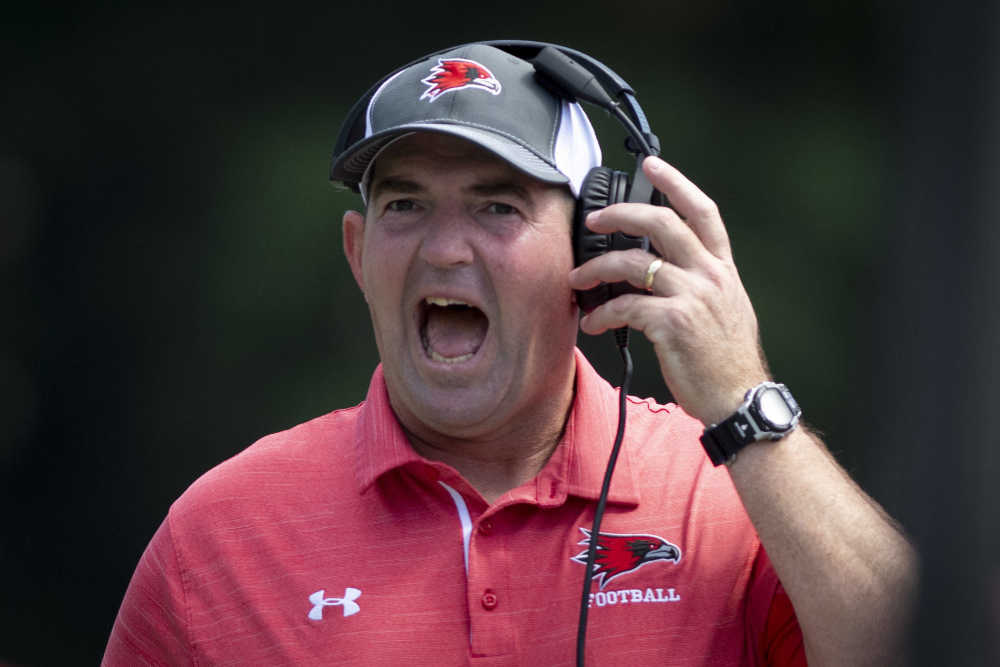 There hasn’t been a football team in the Ohio Valley Conference that has won more games (18) over the past two seasons than Southeast Missouri State. So it might be surprising to learn what seventh-year Redhawk coach Tom Matukewicz’s mindset is right now.

“This is a unique situation we are in,” Matukewicz said. “I feel like we need to hit the pause button and look at where we’ve been and where we are going.

“This isn’t the same program that I took over.”

The Redhawks will embark on their 2020 journey Monday when the team gathers for their first meeting.

Following that, the student-athletes will dive full-bore into their physical and mental preparation for next season. And from the coaches to the walk-ons, everyone and everything is being evaluated closely.

“Everything is up for discussion right now.”

Matukewicz explained that the Southeast program is different today than in years past because the “expectations” of him, his coaching staff, and the Redhawk players have changed.

“Are we able to recruit this area now because our profile is bigger?”

Part of the revaluation process led Matukewicz to alter his coaching staff.

There will be an education process for those new hires and the same can be said for the nine early enrollees from the 2020 signing class, as well as a handful of transfers.

“It is a complete onboarding class,” Matukewicz said of his instruction to the new people. “They have to know who we are. That is what is hard. You have guys who have been here and you have guys who are new.”

Matukewicz meets with the new players regularly and they talk about expectations and the culture that has been built by the now-graduated athletes.

“A connected team is a committed team,” Matukewicz said. “You are not very committed to something that you don’t know. So we have to get to know each other.”

The success of the past two seasons is positive in some regards, as Matukewicz noted. But it can also be a detriment, according to the coach.

“To be honest,” Matukewicz said, “the biggest thing that I’m concerned about is we have had a chip on our shoulder for a long time. People were (angry) and they were grinding it out.

“Now I’m worried because a lot of these guys haven’t lost to (Southern Illinois). They can be like ‘Hey, we got this thing on lockdown.’ That is how you get your (butt) beat.”