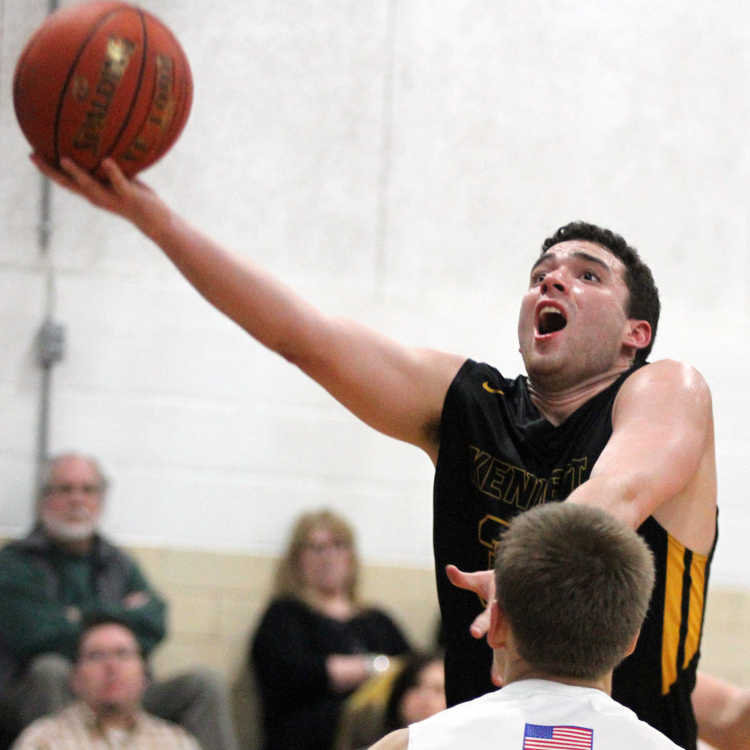 KENNETT, Mo. - Finding a way to get to perimeter shooters was a focal point for the Kennett Indians’ defense entering Tuesday night’s road contest against the Bernie Mules.

“Bernie is a very talented offensive team that utilizes a lot of screening action in their offense to create opportunities for their shooters to score,” Kennett coach Andrew Halford said. “We knew coming in we needed to make a consistent effort to get through their screens and recover quickly so we could get to their shooters.”

The Indians’ defense managed to limit the Mules to just four made 3-pointers. The defensive execution helped Kennett outscore Bernie in every quarter on its way to a 60-41 victory.

“I thought our guys came out with a lot of defensive effort tonight,” Halford said. “Bernie made it difficult for us to put the ball in the hole the first half. But we were able to finish the first half strong and start the second half well when we got some shots close to the basket instead of settling for jumpers.”

Bernie, which is ranked No. 9 in the latest Class 2 state poll released Tuesday, never trailed Kennett by more the four points throughout a low-scoring first half. The Mules enjoyed leads of 7-3 and 9-7 in the opening quarter before Kennett moved ahead 12-11 by the start of the second quarter. Kennett led 19-15 with 4:00 left in the first half before Bernie followed with six straight points to move back ahead 21-19 with 1:23 left in the second quarter.

“We struggled offensively all night,” Bernie coach Jason Long said. “Kennett had everything to do with that. They played hard, aggressive defense. They were in our face, which is what we need to see. This is a good opponent for us to play to prepare us for the district tournament. They made it hard on us and the good thing about it is it shows us what we need to do to improve.”

Pulliam, who scored all of his points in the second half, recorded four 2-point buckets in a third quarter Kennett won 18-6.

“He got our first two layups in the second half,” Halford said of Pulliam. “He was able to make the right basketball plays at the right time during that stretch.”

Senior guard Blake Harty hit a two-point bucket in each of the first three quarters and a pair of treys in the fourth quarter to pace Bernie with 12 points.

Kennett improves to 12-4 with the victory. Bernie now supports a record of 11-3 following a rare loss.

Kennett is back in action Friday when it hosts Notre Dame. Kennett beat Notre Dame 70-66 in a quarterfinal of the SEMO Conference Tournament on Dec. 9.

“Notre Dame has been playing really well since Christmas and will be a very solid opponent for us,” Halford said. “But we are excited to get to play at home in front of our home crowd. It should be a fun atmosphere and we will be glad to be a part of it.”

Bernie plays a crucial conference game at Dexter Friday. Dexter edged Bernie 58-56 in a semifinal of the Bloomfield Christmas Tournament on Dec. 28.

“It’s a big game and they are all big,” Long said. “Every game is big. But right now, more than anything, I’m interested in getting to practice Wednesday and focussing on the things Kennett showed us we need to improve on.” 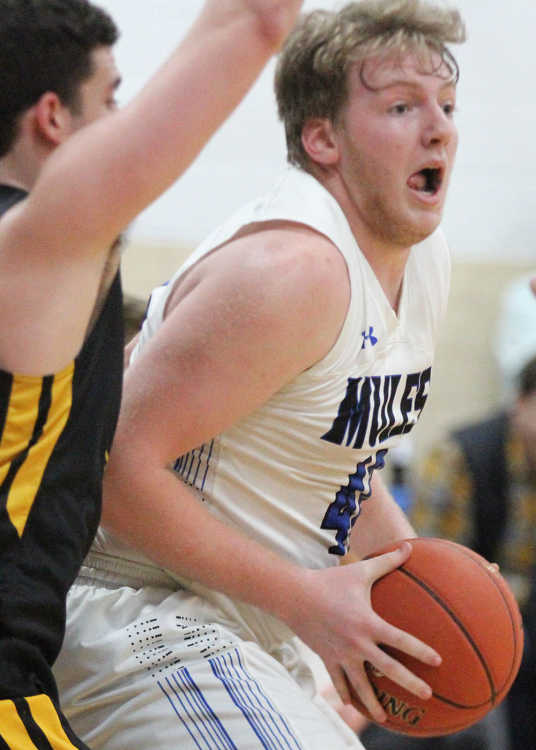 Photo by Dustin Ward, staff
Bernie's Andrew Geohagan handles the ball in the paint against the Kennett defense in a varsity boys basketball game at Bernie Tuesday night.
Order this photo
Respond to this story