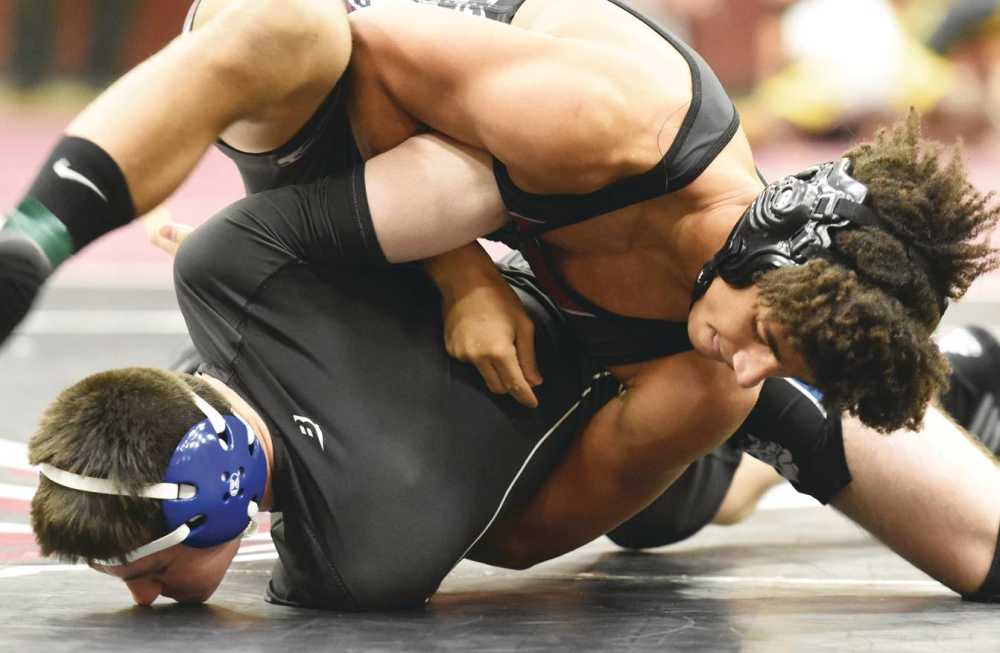 Poplar Bluff went 3-0 in its quad meet against Jonesboro (Ark.), Notre Dame and Kennett to improve to 12-1.

The Mules beat Notre Dame 78-6 and Jonesboro 72-6 and swept Kennett 77-0 with six pins out of eight matches to finish the night Monday at the Senior High Gym.

“The freshman are really coming on strong and the upperclassmen are taking care of business,” Poplar Bluff coach Kelton Thompson said. “Nights like tonight really pinpoint things … overall I feel like we really hit the criteria.” 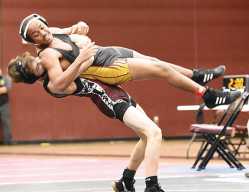 Poplar Bluff gave up just one pin on the night at 182 pounds against Notre Dame, where Riley Sater was leading and got caught by Daniel Schmidt.

“He dominated the whole way through,” Thompson said.

Poplar Bluff nearly swept Jonesboro after being helped along by eight forfeits.

Andrew Easton, Quinten Bell, Justin Mitchell and Riley Sater all picked up pins, with the latter earning doing so in the first round.

Easton earned his pin in the third round and was one of the few Mules to have three matches and go 3-0.

“I was glad to see that,” Thompson said.

“Took him to the max, had him on his back a couple times,” Thompson said of Seth Barris who lost the close match.

Dace Wisdom earned a pin at 126 pounds after being pinned by his opponent earlier in the season.

Barris, Mitchell and Gavyn Hays all picked up pins while Notre Dame got its only points from a pin at 172 pounds.

Against Kennett, Gatlin Taylor improved to 19-1 for the Mules after picking up two forfeits and then getting a pin against Kennett.

The Mules also got pins from Mitchell, Steele, Sater, Desmond Howell and Hays.

With two pins and a forfeit, Bell improved to 21-3. Robertson also picked up his 20th with a win and two forfeits.

For the girls, Alexis Rowland earned a first-round pin against Jonesboro in the first round. In the only other non-exhibition match, Mia Osgood was injured and couldn’t continue against match against Jonesboro.