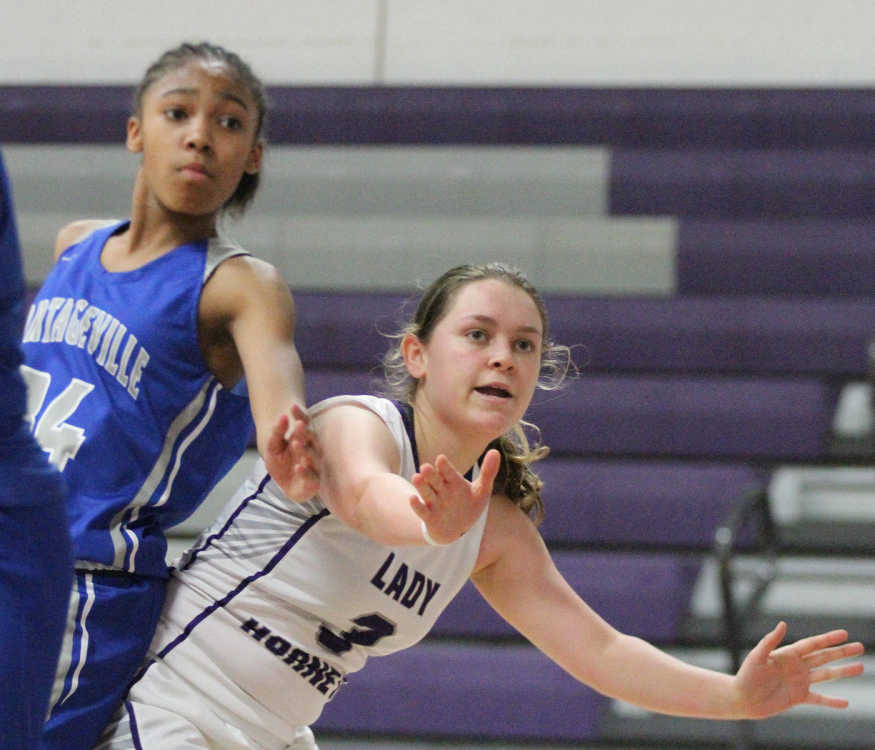 HOLCOMB, Mo. - Like most squads, the Holcomb Hornets varsity girls basketball team doesn’t thrive when it has to play from behind.

“We’ve put an emphasis on not coming out slow in games because having to play the catchup game is always a struggle for us,” Holcomb coach Alexa Stockton said.

The Hornets had the luxury of playing with a lead from the get-go Monday night. Holcomb built a 15-4 lead by the end of the first quarter and led wire to wire as it beat the visiting Portageville Bulldogs 52-39.

“It was great to see us come out on fire in the very beginning,” Stockton said. “We played really well in the first quarter.”

Holcomb scored the first eight points to jump out to an 8-0 lead and force a Portageville timeout by the 5:14 mark of the first period. The Bulldogs did a better job keeping pace with Holcomb after it fell behind 11 points in the first quarter. Portageville only lost the second quarter by one point as Holcomb entered the halftime break with a 28-16 lead.

“We got down quick,” Portageville coach Kellye Fowler said. “I don’t feel like we came out with a great deal of intensity. We were playing in slow motion at times. We knew they could really hurt us in that 1-2-2 press if we let them and they got an early lead with it. I feel like my girls played hard for the rest of the game. But we got ourselves in a hole we couldn’t get out of.”

Portageville cut the deficit to 30-20 with 4:44 left in the third quarter but never got closer. Holcomb closed out the third period on a 17-0 run to take its largest lead of the game at 47-20 by the start of the fourth quarter.

Portageville enjoyed a similar stretch of success in the fourth quarter. The Bulldogs outscored the Hornets 19-5 in the final eight minutes of play as it scored multiple transition baskets off of its press.

“We have a lot of athleticism and quickness,” Fowler said. “But we are not super deep so we cannot press teams the entire game because it gets us into foul trouble. But we worked hard when we did implement a press tonight. Hopefully, we will be able to do it more often toward the end of the season.”

“Hannah and Bailey saw each other extremely well,” Stockton said. “We executed a ton of backdoor high-low plays. That’s all Kudos to them for finding each other and finishing strong at the basket.”

Senior guard Jauslyn Johnson paced Portageville in the scorebook. She scored eight of her 10 points in the second half.

Freshman Hailey Tippler and freshman Amiyah Saxton finished one point behind Johnson with nine points each.

“We have really improved since the start of the season,” Fowler said. “We played with a lot more intensity our last two games. We’ve got a young team. All of our players are underclassmen with the exception of two seniors. We’ve just got to continue to improve and we can be competitive when the conference and district tournaments arrive.”

“We are not exactly where we want to be right now,” Stockton said. “Two of our starters have been dealing with minor injuries. Tonight was their first game back. Some other players are having to step up and contribute right now because we are still not 100 percent healthy. But for not being 100 percent I still feel like we are playing pretty dang good.” 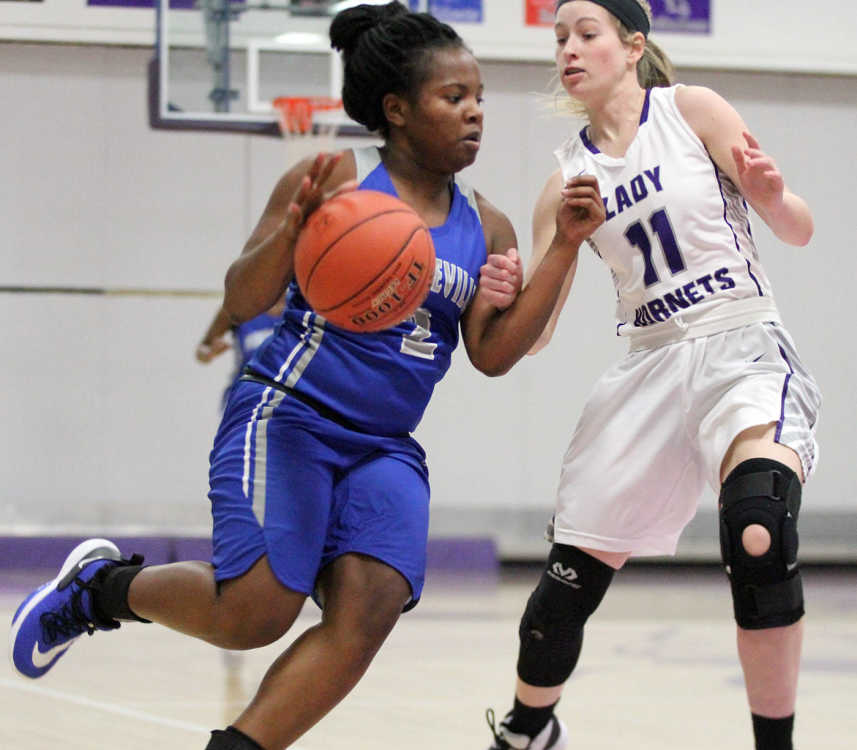