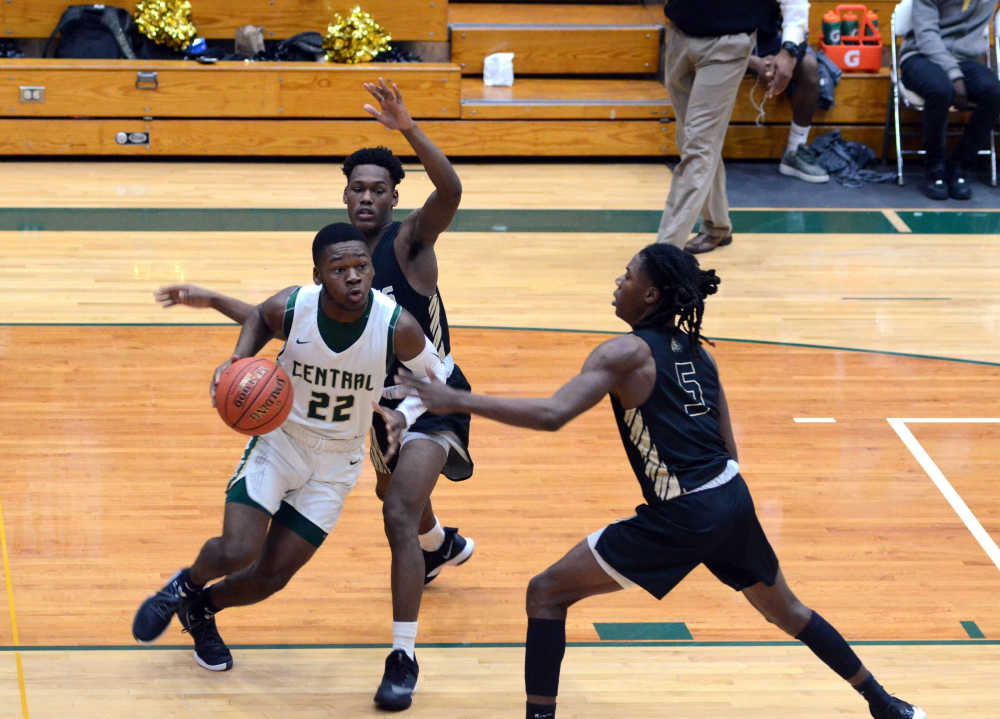 NEW MADRID, Mo – So far, New Madrid County Central has made the most of the new year.

In their three games since the start of 2020, the Eagles are undefeated, winning each by an average of 21 points.

The latest came Friday when NMCC took a 14-point lead into the half against visiting Hayti before pulling away to a 70-50 win.

“They played real well,” Lennies McFerren said. “They played hard and did some things we’ve been looking for them to do.

Hayti (7-6) came out strong in the first 12 minutes of the game, holding a 23-22 lead midway through the second quarter.

A Ke’von Williams basket soon after allowed the Eagles to retake the lead and ignited 17-2 run to end the quarter where NMCC (9-5) didn’t surrender a field goal.

“Early we did alright,” Hayti head coach Travis Day said. “Then we got into panic mode. We got to panicking and started throwing it away.

“They had good pressure on us. We didn’t take care of it.”

NMCC continued to pray on Indian turnovers in the second half, extending their lead to 23-points to start the fourth.

The final bucket of the run, from Shamar Williamson, kicked in the turbo-clock with 5:49 to play, and NMCC extended their lead to a game-high 32-points soon after.

Hayti rallied in the closing minutes to turn off the running clock, but by then, the Eagles had the game well in hand.

“I think we picked it up defensively,” McFerren said of a strong second half. “From there, it was all on the defensive end that I saw on the court. That’s what they’ve been doing here lately. They’ve been playing defensively going into the half, coming out of the break and picking up where we stopped and continuing.”

Brown contributed three of the team’s four 3-pointers on the night.

For Hayti, Trayvon Thomas finished with 15 points, including a 6 of 7 night at the free-throw line.

“When they jumped into it, they just threw it away,” Day said of dealing with NMCC’s pressure on defense. “We had some bad turnovers. The thing is they made our turnovers turn into points for them.”