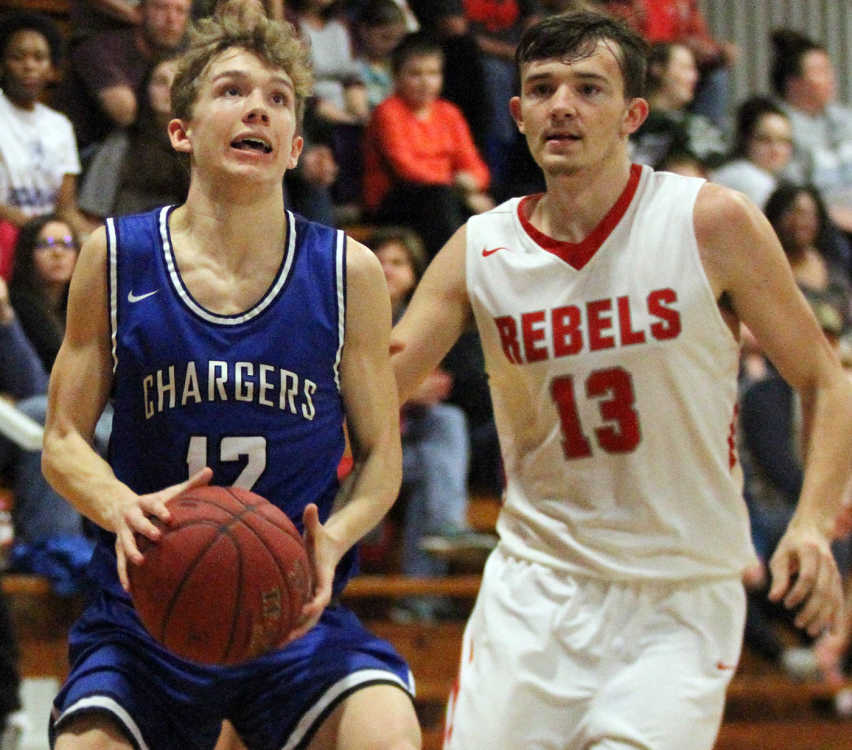 After suffering a 78-50 loss to Naylor Tuesday and 96-63 loss to Cooter Thursday, Southland rallied from 17 points down in the second half to knock off the visiting Delta C-7 Chargers 69-67 Friday night.

“We’ve had a tough week this week,” Southland coach Charlie Stormes said. “Naylor and Cooter both beat us up pretty bad earlier in the week. But we responded tonight. I was pretty proud of that. Hopefully, these seniors will keep getting after it moving forward.”

Delta C-7, which led by single digits most of the first half, increased its lead as large as 56-39 with 3:22 left in the third quarter but struggled to score the rest of the way. Southland limited Delta C-7 to just four field goals over the final 11 minutes of regulation as it scored 30 of the final 41 points.

“One of our key starters, Maurion Hattiex, fouled out in the third quarter,” Delta C-7 coach Ty’re Washington said. “That was a big blow for us. We really needed him in there because he’s our main inside presence. I also think we got a little lackadaisical after we got up big. We are not used to being up that much and didn’t know how to act. I also thought a little bit of it was bad coaching on my part. I called a couple of plays I could have run differently. But, overall I’m proud of our guys’ effort tonight.”

The Southland rally started when it scored 16 unanswered points to cut the deficit to 56-55 with 5:00 left in regulation. A 2-point basket by Delta C-7’s Ky’ran Luster temporarily halted the momentum and padded the Chargers’ lead to 58-55 with 4:53 left.

Southland scored the next five points and took its first lead at 60-58 with 3:54 left when William Tomblin made a pair of free throws.

Southland scored the next six points on 2-point baskets by Cyrus Luke and Michael Skaggs and a pair of made free throws by Shayne Tomblin to move ahead 66-61 with 1:20 left.

Delta C-7 cut the deficit to one possession twice in the final minute but never had the ball with a chance to tie or take the lead.

“Our inside game has been our strength the last two years, Stormes said. “Will Tomblin is a big man. They doubled him and tripled him at times. He came up big in the second half inside. I also thought he picked up his defense. He was a lot stronger in the second half.

“K’ran can go,” Washington said. “We put an emphasis on him to get to the basket. He’s been shooting a lot of 3’s. We wanted him to get the ball in the paint tonight. We found a way to do that but still came up a little bit short.”

Watson also displayed a hot hand for the Chargers. Watson tallied all 15 of his points on five 3-pointers.

“That’s what he does,” Washington said. “He’s our team captain. He can really shoot it and has a lot of Box and 1 defenses thrown at him.”