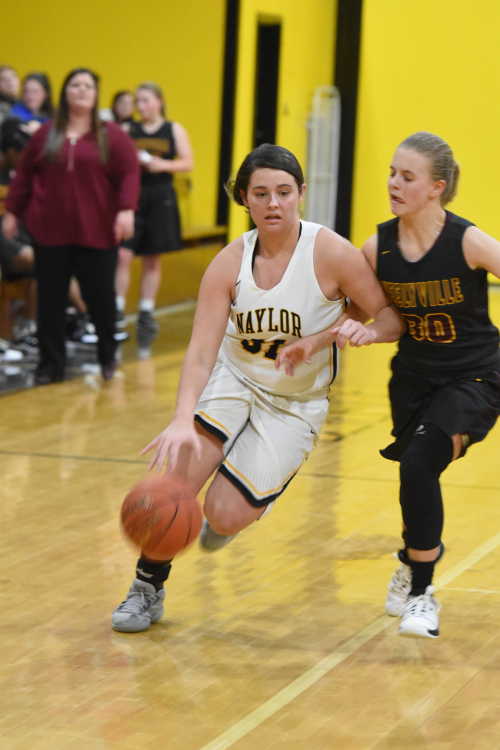 During a nearly 11-minute span during the middle of the game, the Eagles held the Tigers to seven total points and went on to win 63-43 on Thursday at Naylor.

"Hopefully, the girls realize what they're capable of. They came out tonight with a lot of energy, played as a team and overall we played smart. We knew this team was capable and we were kind of waiting on it to happen. Tonight they showed up and got after it," Naylor coach Gene Deckard said.

The Eagles (8-4) last beat Neelyville (9-3) on nearly the same day five years ago, Jan. 8, 2015, just a couple weeks after losing to the Tigers by 35 in the Lady Royals Christmas Classic. It was the same year that Naylor went on to finish second in Class 1. Naylor also hosts Ozark Foothills Conference foe Doniphan on Friday. Earlier this season, Neelyville won the Lady Royals Christmas Classic, which featured Doniphan as the second seed and Naylor as the third seed.

"That'll be a big one if we can come out and play back to back nights like we did tonight. That would be huge," Deckard said.

On Thursday, Naylor took a double-digit lead early in the second quarter, but Neelyville quickly cut it to three points.

"When they got back within three we had that stretch there where we didn't rebound that well. We talked about rebounding a little bit and got on the boards again and got back up to nine at halftime," Deckard said. "Energy, we beat them up and down the floor a few times tonight and I don't think they really anticipated that."

Down by 10 with about 4 minutes left in the first half, a pair of baskets scored 30 seconds apart and then Harley Sullivan added a 3-pointer. Her 3 with 2 1/2 minutes left, however, would be Neelyville's last points of the first half.

The Tigers then scored seven points in the third quarter as Naylor rebuilt a double-digit lead and ballooned it to 17 points heading into the fourth.

Neelyville kept pressing and running while Naylor slowed the game down and held possessions. Naylor scored five points through the first 5 1/2 minutes of the fourth quarter, but never gave up its double-digit lead. Neelyville got as close as 12 before the Eagles scored the final eight points of the game, taking a 20-point lead, their biggest of the night, with their final two free throws.

"They came here to win. That's part of having an X on your back. You are going to get everybody's best game. They certainly came out here to beat us and we just came out here to show up and expected things to happen instead of making things happen," Neelyville coach Becky Hale said.

The Tigers had 16 points in the first quarter, but then just 17 over the next two quarters.

Bailey McGruder led Neelyville with 13 points. Lexi Liau had nine points in the first quarter but was held scoreless the rest of the game.