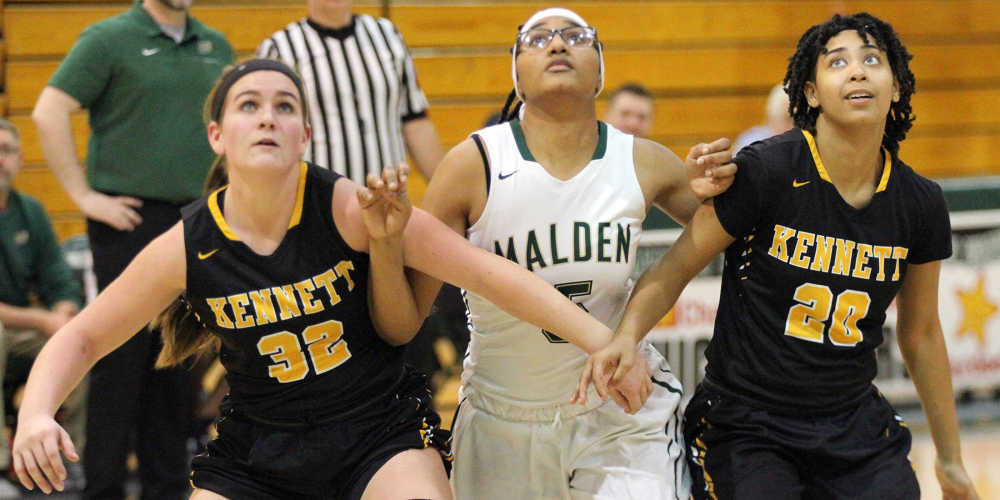 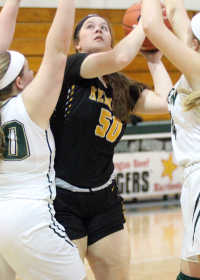 Patton opened the game with three consecutive 3-pointers as Kennett surged ahead of the host Malden Green Wave 9-5 by the 4:31 mark the first quarter. 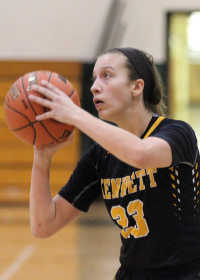 The offensive success continued for the Indians early on. Kennett increased its lead to 20-7 by the end of the first quarter and led by double digits the rest of the way as it won at Malden 45-12. 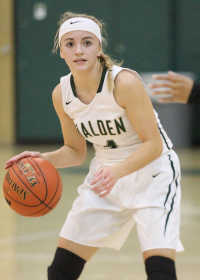 ôThe first half is probably as good as we have been all year, especially the first quarter,ö Kennett coach Aaron New said. ôI thought Caroline shot the ball well and two or three other girls made some buckets. One of our challenges all year has been scoring. When you can find a way to do that it makes things easier.ö

Kennett also enjoyed success on the defensive end. The Indians allowed just two field goals after the first quarter, helping it pad its lead to 30-9 by halftime and 43-9 by the end of the third quarter.

ôI thought our press was OK,ö New said. ôWe got some turnovers off our press. But I was even more impressed with our half-court zone. We forced them to make shots and controlled the boards tonight.ö

Patton tallied 14 of her team-high 26 points in the first quarter. She knocked down five 2-pointers, four 3-pointers, and made four of the six free throws she attempted.

ôThey put a lot of strain on our defense by shooting the ball so well early,ö Malden coach Josh Herring said. ôWe werenĺt out of it completely after the first quarter. We just couldnĺt find a way to match them scoring-wise tonight.ö

Sophomores Kyra Jaco and Anelle Harris were the next highest scorers for the Indians. They both recorded six points.

Arionne Ross added four points for the Green Wave. She made a pair of two-point baskets in the first quarter.

ôWeĺll try to build off the Caruthersville win we got earlier in the week,ö Herring said. ôWe want to try to put this one behind us and keep moving forward. Maybe we can get back on track against conference teams next week and forget about the bad shooting night we experienced tonight.ö

ôThat will be a good test on their home court,ö New said. ôWe got them the last time so you know they will be ready for us. Theyĺve got a good club and we better come ready to play.ö