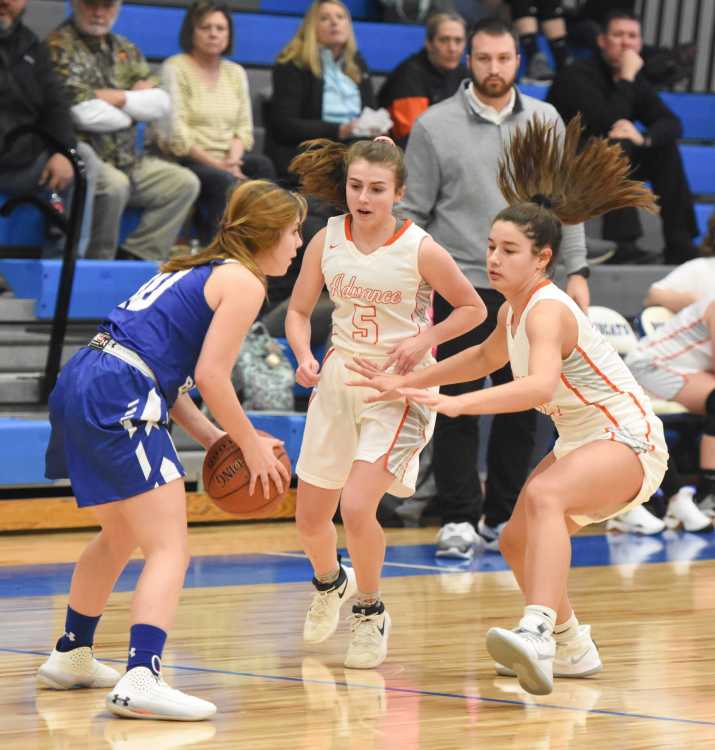 DELTA — The third-year Advance girls basketball program is beginning to accumulate a list of accomplishments.

The Hornets’ most recent achievement was a 55-32 win over Oak Ridge on Thursday in the consolation championship game of the Delta New Year’s Tournament.

The Blue Jays, who are playing a varsity schedule for the first time, hope to follow in Advance’s footsteps.

The Hornets won their second tournament trophy of the season — they placed third at the Bloomfield Invitational — after securing their program-best seventh win in the semifinals on Wednesday night.

“It’s big for them,” first-year Advance coach Ethan Barr said. “I know they had a tough year last year. They didn’t win very many. (They won three games last season.) Just to have a little success is good for them.”

The Hornets (8-4) have more to accomplish this season, including posting double-figure wins.

“It’s a big step for us,” Barr said. “The next step, which I talked to them about, is to win a game in our district. … That would be a good accomplishment.”

“We had some good looks on ball reversal but (shots) wouldn’t fall,” Oak Ridge coach Matt Schonhoff said. “Last night (they) did. Right now, we’re trying to learn how to go back-to-back games, making shots and getting what we need. If we could’ve got things to fall, we could’ve got some adrenaline going and some flow and may have stayed in the game a little longer.” 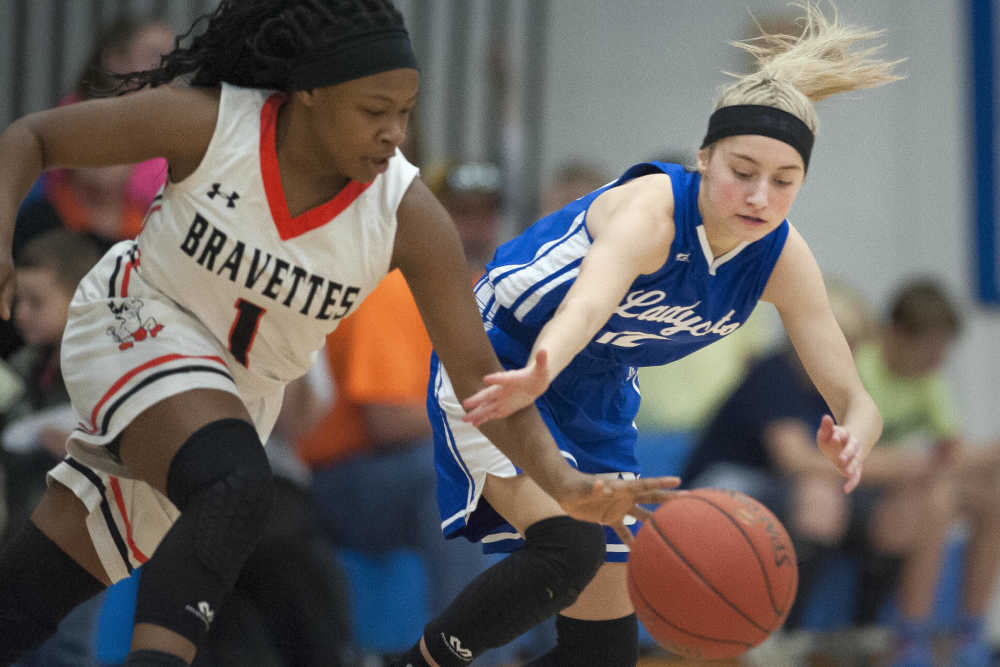 Delta holds off late-charging Scott County Central for tourney title
By Tom Davis ~ Southeast Missourian
It took a while for top-seed Scott County Central to find its offensive rhythm Thursday against No. 2-seed Delta in the New Year's Tournament championship game hosted by the Bobcats. By the time, the Bravettes were clicking they had dug themselves a huge hole to climb out of...

The Hornets shot out to a 15-4 lead to start the game. After Paige Glueck sank a jumper to give Oak Ridge a 2-0 lead, they scored six straight to take the lead for good.

“We got off to a good start. That’s always good,” Barr said. “That didn’t happen the other night because we had such a big break. We hadn’t played since Dec. 19.”

The Hornets lost to fifth-seeded Woodland 46-31 in the first round before bouncing back to defeat eighth-seeded Puxico 55-23 in the consolation semifinals.

“Credit to Advance,” Schonhoff said. “They came out and were able to hit shots (and) put us in the hole, and we couldn’t recover.”

Glueck made a 3-pointer to slice Advance’s lead to 15-7 after one quarter.

“So far this year, sometimes we handle pressure and sometimes we haven’t,” Schonhoff said. “Lots of times, we’ve had dead-ball turnovers at bad times. We turned somebody over (and) got the advantage. We got a possession we needed and we make a silly turnover. It’s still sometimes a learning game with these girls (but) they’re giving great effort. I’ll never fault their effort.”

The Hornets scored the first nine points and 15 of the first 16 in the second quarter to take control. Below scored eight of the 15 points, and Danielle Markham made a 3-pointer as part of a season-high 18-point performance.

Abby Morrison scored six of her 10 points in the third quarter and Mae Masterson made a pair of 3-pointers, helping Oak Ridge cut a point off the Hornets’ lead.

Advance took a 47-27 advantage into a low-scoring fourth quarter where neither team produced a point until 3:49 remained in the game.