'Fun group' has Delta playing well in own tournament 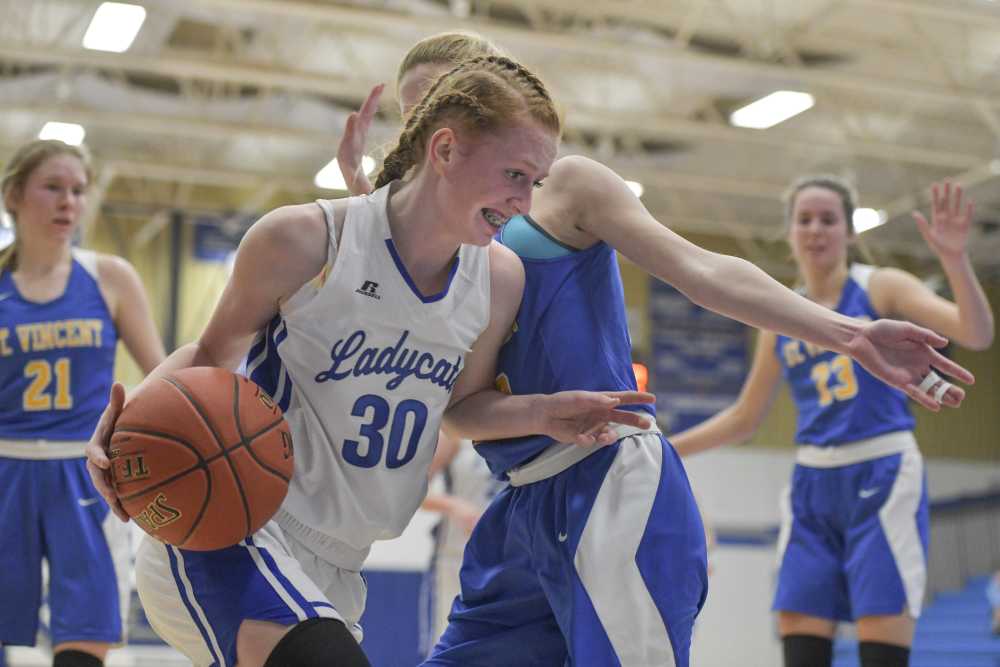 Second-year Delta girl’s basketball coach David Heeb referred to this year’s squad as “one of the most fun groups that I’ve ever had.”

That was easy to say after the Bobcats annihilated St. Vincent over the final 16 minutes of play Wednesday in the semifinal of the Delta New Year’s Tournament. However, halfway through the eventual 52-36 Delta win, it is questionable as to how much “fun” Heeb was having.

“In the first half, we were terrible on offense,” Heeb said.

But the Bobcats (8-2) definitely weren’t in the second half.

After digging themselves a 30-20 hole early in the third quarter, the Bobcats’ pressure defense began to take its toll on the Indians.

Delta freshman Allie Hampton grabbed an offensive rebound and scored to cut the Indian advantage to 30-22 and those points kick-started an 18-2 run by Delta.

Overall, the Bobcats outscored St. Vincent 32-9 in the second half, which begged the question: Which was more impressive, the Delta offense or defense?

“It was a little bit of both,” Heeb said.

Heeb is having to teach this incredibly young squad (Coley Blattel is the lone senior) on a daily basis, but he said he doesn’t have to teach effort, which showed in the second half, particularly defensively.

“The defense is there,” Heeb said. “The hustle is there. They buy into the pressing and the running. They don’t really have a choice.”

In the third quarter alone, the Delta pressure forced eight turnovers, while in the final period, St. Vincent turned it over another eight times against the swarming Bobcats.

Offensively, the Bobcats placed three players in double figures, led by freshman Sierra Berry, who totaled 13 points, while Blattell had 10 and sophomore Kendall Holweg had 11.

“You never know which one it is going to be,” Heeb said of his offensive leader. “Tonight, Sierra played great off the bench. Tomorrow night, it might be somebody different.”

That balance, plus the effort, is why Heeb is enjoying this team. But there is more to it than even those intangibles.