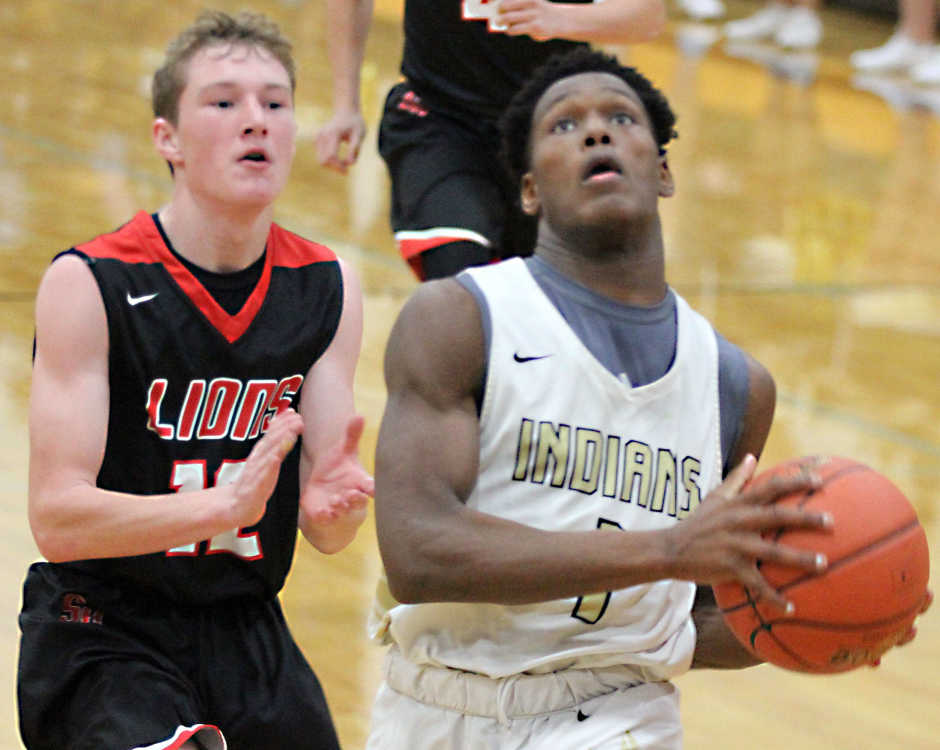 “We wanted to secure defensive rebounds and then try to get layups before we had to go against a set defense,” Day said. “We knew we would face a zone tonight. If you can beat a zone team down the floor you can get some easy shots.”

The strategy proved effective early on as Hayti scored eight 2-point baskets near the rim as it built a 19-9 lead by the start of the second quarter.

Senath-Hornersville got as close as six points late in the second half but Hayti hung on for a 55-44 home win.

“I think we set the tone with our defense early,” Day said. “Our defense and effort were good and I think we wore them down a little bit in the first half and they couldn’t make shots they normally make.”

Senath-Hornersville center Isai Lopez, who scored all nine of his points after the first quarter, recorded an old-fashioned three-point play to cut the deficit to 44-38. Lopez fouled out seven seconds later and Hayti followed with the next six points to pad its lead back to double digits at 50-38 with 3:00 remaining.

“We started pressing and when we were able to make Tray'von give up the ball they had a little trouble with our pressure and we got some easy scoring opportunities late,” Senath-Hornersville coach Corbin Clark said. “But he’s so smart and good with the ball he hurt us on the backside of our press a few times also, which allowed them to pull away. It was also kind of hard for us to pick up full-court late because we were in a ton of foul trouble. But we tried it anyway and it gave us a bit of a spark. But we had too many missed opportunities earlier in the game before we got to that point.”

Hayti senior guard Tre’Charles McCoy and junior guard Tray'von Thomas, who feasted off of transition opportunities, both recorded a field goal in every quarter. McCoy finished with a team-high 17 points and Thomas added 14 points.

“We are slowly getting there,” Day said. “We’ve still got a ways to go. We’ve got to finish games stronger. But we are improving and getting closer and closer to where we want to be.”

Senath-Hornersville sophomore guard Knolan Hunter enjoyed his own success penetrating to the basket as the game progressed. Hunter tallied a dozen of his 16 points after halftime.

“He’s a great athlete,” Clark said. “Sometimes he gets down on himself and we have to reassure him how good he can possibly be. I thought he struggled a little bit early but got going a little bit in the second half. That was really good to see.”

Drake King finished one point shy of double digits with nine points. He hit all three of the Lions’ 3-pointers.

Senath-Hornersville (7-4) has six days off before it hosts Clarkton Monday. The Lions beat Clarkton 65-47 on Dec. 3.

“It’s kind of a scheduling quirk we only have one game this week and four next week,” Clark said. “Next week will be a very busy week and a week crucial to our season because we are playing four games that I could see going either way. Clarkton has a very competitive team and we will have our hands full for sure on Monday.”