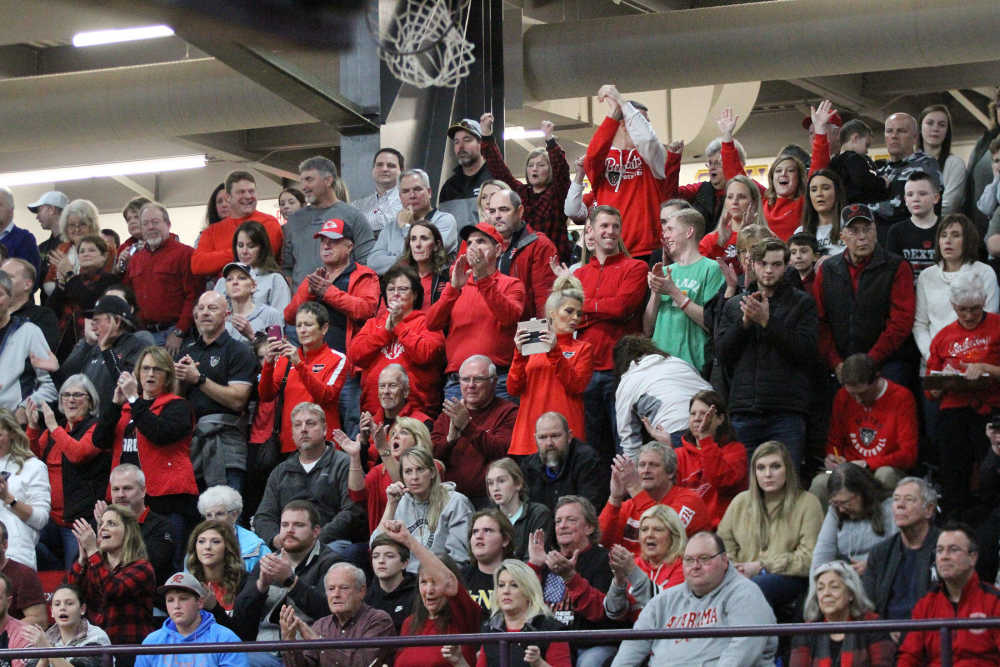 The Bloomfield High School gymnasium featured a sea of red on championship night of the 63rd Bloomfield Christmas Tournament.

The players appreciated the support.

“It means everything to see the whole town, the absolute whole town, come out and support us,” senior Garrett Henson said. “This (championship) is not for us. It’s for them.”

After an 0-3 start that included a pair of blowouts, the Bearcats have won six of seven games.

“It’s exciting,” junior Andrew Ellinghouse said of the winning the BCT. “We’ve been working hard all season, putting pieces together. We came together tonight and came out with a win.”

The Bearcats held Kennett to a season-low 37 points, three fewer than its previous low in a 72-40 loss to Cape Central.

“I feel we played great defense,” Ellinghouse said. “We had a few bumps in the road. They went on a little run there in the third quarter. We came together … and put it on them in the fourth.”

While all four games on championship night were decided by 13 or more points, the BCT did feature several nail-biters along the way.

Six of the tournament’s 26 games were decided by two or fewer points. Three of those nail-biters occurred in the first round.

• The eighth-seeded Malden Green Wave missed a chance to tie the first-round matchup with ninth-seeded East Prairie, missing a pair of free throws with one second left. East Prairie held on for a 56-54 win.

• Tristain Bryant sank a jumper from near the free-throw line with one second left, sending sixth-seeded Doniphan to a 63-61 win over seventh-seeded Van Buren in a fifth-place semifinal.

• Twelfth-seeded South Pemiscot rallied from a six-point first-quarter deficit and overcame a two-point deficit with 2:28 left in the game to beat eighth-seeded Malden 64-62 in a consolation semifinal.

The Dexter girls basketball team didn’t reach the final day of the Twin Rivers Lady Royals Christmas Classic for only the second time since joining the tournament in 2003.

The host squad beat the Bearcats 58-55 in a fifth-place semifinal Dec. 27.

Over the 15 years between, the Bearcats won 10 tournament championships, reached the championship game 12 times and placed third twice and fifth once.