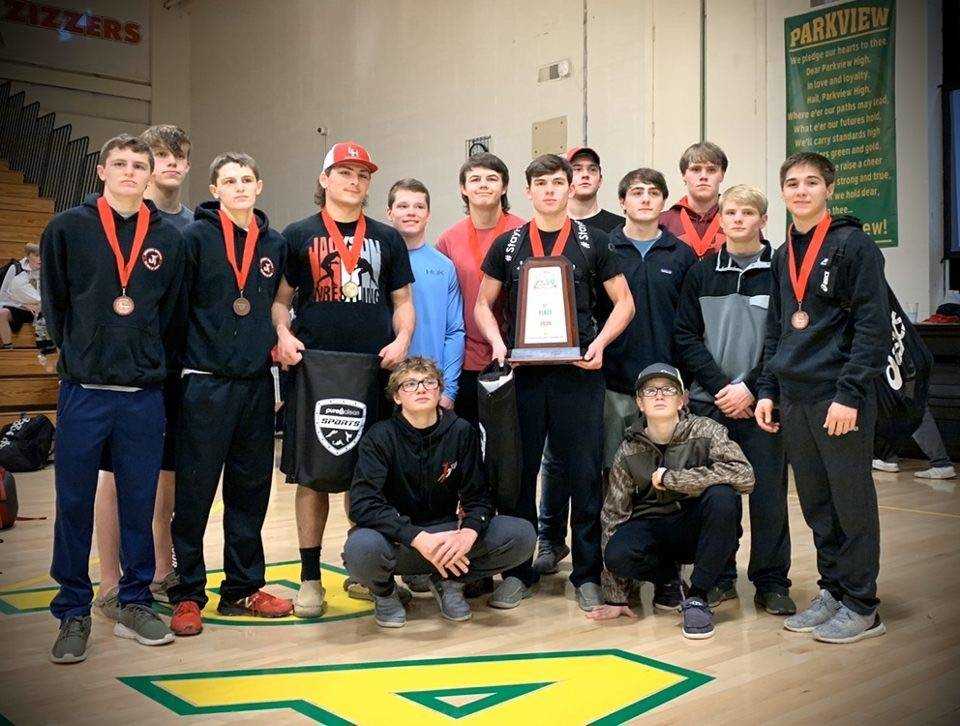 Members of the Jackson wrestling squad pose with the team trophy after winning the Kinloch Classic Wrestling Tournament Saturday in Springfield.
photo provided

The Indians had four individual champions and placed 11 wrestlers in the top six places in the 25-team competition.

Leah Beurck paced the Pirates with 19 points, while Ciara Ehlers had 12.

Also contributing in the victory were Emma King with 11 points, while Katie Winchel added 10.

The Indians fell to 4-4 on the season.

St. Vincent will compete in the Delta New Year’s Tournament today at 6:30 p.m. against Meadow Heights.

Cape Central will travel to Poplar Bluff Tuesday at 4 p.m.

The Pirates (3-8) got a pair of 3-pointers out of junior Evan Daugherty, who finished with a team-high 11 points.

Dawson Camden and Dylan Hawkinson added eight each for Perryville.

The Indians will travel to Valle Catholic today at 7:30 p.m.