Notre Dame flips the script on Charleston in shocking rout 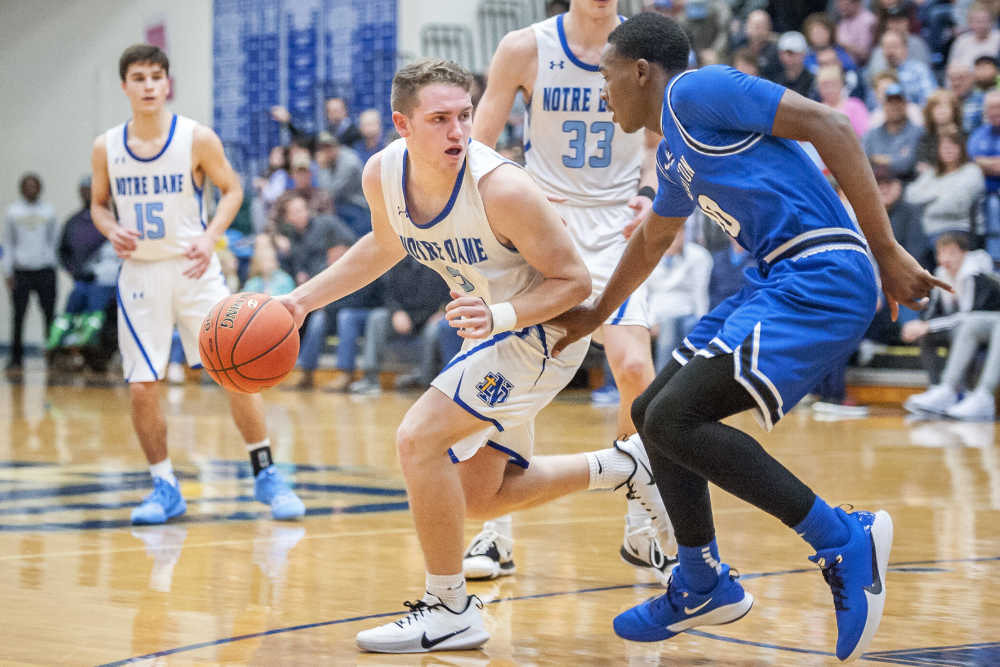 Forrest Gump’s “mama” advised her son that life was unpredictable, so he would have never in his wildest dreams concocted the scenario that unfolded at Notre Dame High School Friday.

Just five days after the Charleston boy’s basketball squad annihilated Notre Dame 64-41, the Bulldogs turned the tables on the Bluejays and pounded the visitors 73-51.

“The big difference was (Notre Dame) brought the energy and we didn’t bring any,” veteran Charleston coach Danny Farmer said. “We didn’t play well and they played great.”

The Bluejays (9-2) took a 2-0 lead on a basket by Blessin Kimble to start the night and little did anyone in the packed gymnasium realize that would be one of just two baskets scored by the powerful senior post player.

Kimble finished with four points, while Charleston star guard Sam Bledsoe didn’t make a shot until 5:14 remained in the third quarter and finished with a mere five points.

“We just played terrible. They played great. They caused us to play terrible.”

The Notre Dame defense contested perimeter shots, swarmed drivers in the paint and then finished its defensive possessions with rebounds.

The Bulldogs grabbed 41 boards in total, led by junior center Caleb LeGrand with 12 and senior forward Justice Thoma with 10.

The Bulldogs answered the early 2-0 Bluejay lead with a 7-0 run and that was a sign of things to come.

“I told the kids before we stepped on the bus,” Farmer said, “it wouldn’t be the same way as the last time we played them.

The Bulldog players acted as if Monday had never occurred and rode the energy of senior guard Tyler Landewee.

The 5-foot-10 point guard riddled the Charleston defense with drives to the rim and his spectacular ball handling, all of which impressed Farmer.

But so did Landewee’s accuracy from 3-point range, as he hit four and finished tied with LeGrand with 22 points.

“He handles the ball well,” Farmer said of Landewee. “He can take it to the bucket well. He was shooting it from the outside well tonight.

“Sometimes he shoots it well from the outside and sometimes he doesn’t. He was having a good game tonight.”

Landewee not only scored the ball well, but he also grabbed nine rebounds and dished for four assists.

“They wanted the game a lot more,” Farmer concluded.