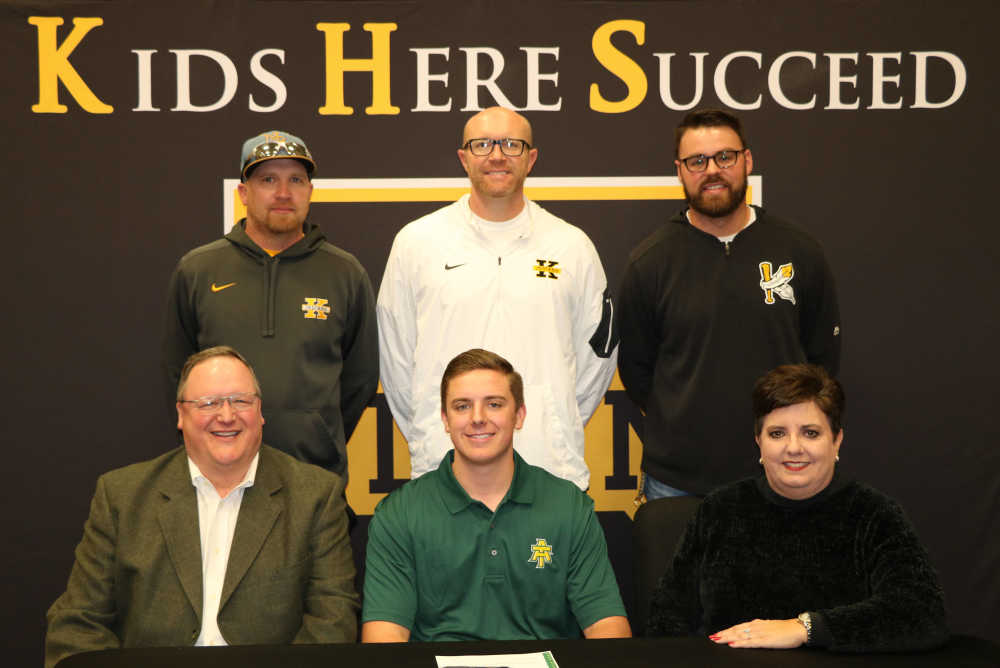 Kennett senior Marshall Brown found exactly what he was looking for when he attended a tryout camp at Arkansas Tech University in Russellville, Arkansas, last fall. 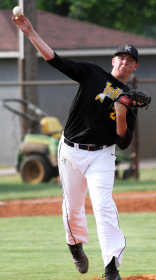 Photo by Dustin ward, staff
Kennett pitcher Marshall Brown fires a pitch from the pitcher’s mound to first base in the 2019 season.
Order this photo

“I went on a visit there and liked the atmosphere,” Brown said. “They also have a good baseball program. I just liked everything about it.”

After the visit, Brown made the decision to sign to play baseball at Arkansas Tech University in December.

“We are excited to have Marshall,” Arkansas Tech University baseball coach David Dawson said. “We feel like he is a great fit for our program and will be able to come in and contribute right away. Marshall is extremely competitive and he shows great work ethic and commitment to the game. He has all the tools to be a great player in our program.”

Brown emerged as a standout pitcher his junior season at Kennett after missing his sophomore season with a hand injury. Brown went 3-2 with a 2.77 ERA. He struck out 34 in 35.1 innings of work.

“I’m extremely proud of Marshall,” Kennett baseball coach Aaron New said. “He’s worked really hard to get to this point. He was one of our best pitchers his junior season and followed that up with a good summer. The kid deserves the opportunity to play college because he’s put in the hard work.”

New believes Brown, who stands at six-foot-four and throws four pitches, has the arsenal to be a starting pitcher at the collegiate level.

“He’s got the body and size to eat up innings,” New said of the right-hander. “I think he will end up being a starter. He has multiple pitches so he should be able to pitch deep into games. He’s a big, strong kid.”

Brown hopes to close out his high school career with a bang before arriving at Arkansas Tech next fall.

“Winning the state championship is always the goal,” he said. “If you are not playing to win there is not much of a reason to be playing.”

Brown says he plans on majoring in agribusiness at Arkansas Tech.

“I’d like to thank my coaches and everyone else that has helped me get to this point,” he said.