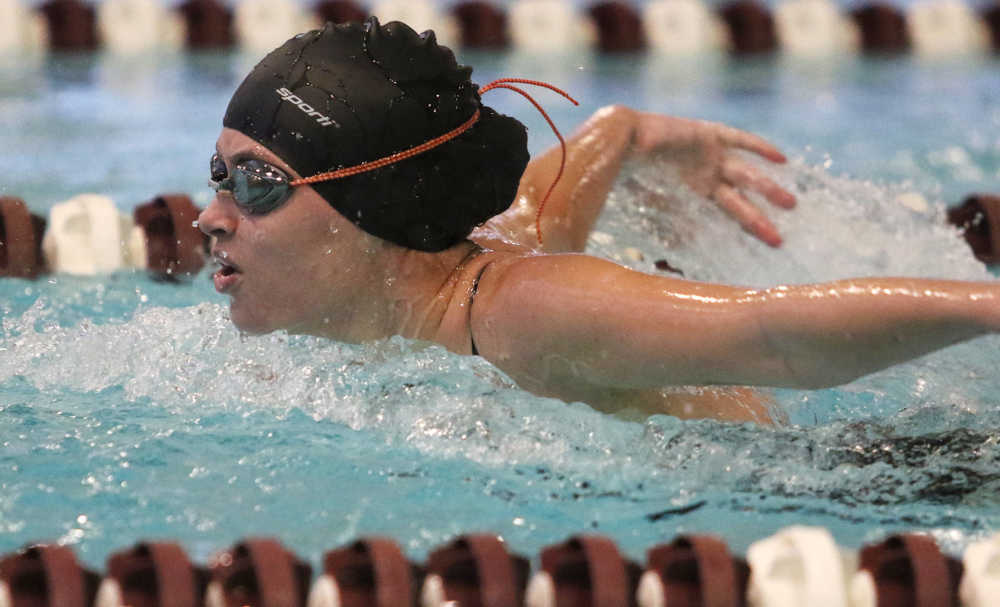 POPLAR BLUFF — Jessica Rush had just gotten out of the pool, having swam the opening leg of the 200-yard medley relay. The Poplar Bluff senior didn’t have time to dry off before she was back on the starting blocks for the start of the 200-yard freestyle.

“We do a lot of endurance practices, so we have 30-second rest (between sets),” said Rush who won the 200 and later 500 freestyle events.

Olivia Kirkman and Audrey Rahlmann also won two individual events and the Mules swept the relays Thursday in a 141-28 win over Farmington at the Black River Coliseum Aquatic Center.

Coming off a three-week break, the Poplar Bluff swim team was shorthanded even with the return of Carly Wiseman. The senior appeared in her first meet since suffering a broken ankle in the fall.

“It was nice to get Carly back in the pool,” said Mules coach Beth Lewis-Muse of the senior who placed third in the butterfly. “She’s actually come back pretty quick.”

With three swimmers out for various reasons, Poplar Bluff took the top two spots in all three relays and was 0.6 of a second from keeping the Knights from scoring a point in the relays.

Kacey Gregory, Wiseman, Moore and Casey Browning won the 200-freestyle relay by 1.82 seconds over their teammates while Poplar Bluff’s third relay beat Farmington to the wall by 0.26 seconds.

Cisne, Olivia Kirkman, McCain and Rahlmann won the 400 relay in 4:37.94 as the Mules took the top three spots again.

“We mixed the relays up quite a bit,” Lewis-Muse said. 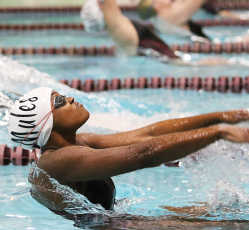 “In the 500, it’s me and Bethany all the time,” Rush said. “We’re so neck-and-neck all the time, it basically comes down to flip turns on who does better because we’re at the same pace.

“It makes it really fun to have competition within the team.”

Smith edged Anders by 0.71 of a second to win the 200 individual medley. Smith cut nearly a second off her previous-best time to finish in 2:53.26.

Anders won the breaststroke in 1:23.81 as Addison Kirkman followed after also placing second in the 200 freestyle by lowering her time.

Lewis-Muse said that the three-week break can “get kind of tedious just train and train.”

The girls basketball team joined the swimmers for one practice as the athletes climbed the steps in the Coliseum stands.

“That really strengthened our legs so we can kick more,” Rush said, adding, “We showed (the basketball team) how much we actually run, that we weren’t an easy sport.”