HOW ARE THEY DOING? An update on area boys and girls basketball players in college opening respective conference seasons 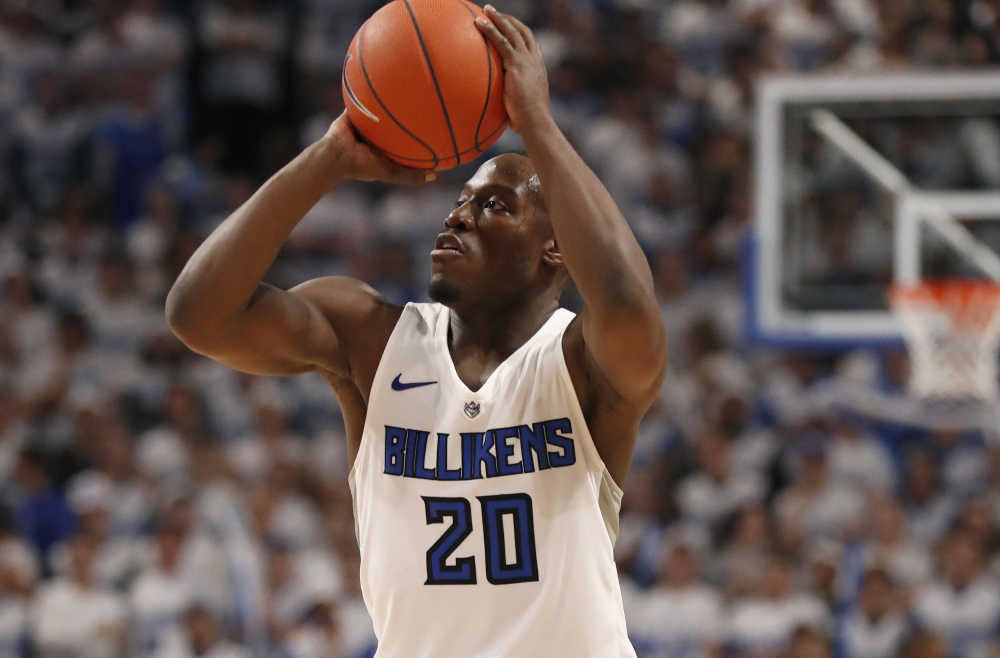 SIKESTON — January in college basketball means that 13 respective area boys’ and girls’ basketball players are opening up their conference slates.

Below is how each athlete is fairing heading into a decisive time of the college basketball season.

December wasn’t a kind month to one of the greatest basketball players to lace up a pair of sneakers for the Sikeston Bulldogs.

Saint Louis University sophomore Fred Thatch Jr. suffered an injury around Thanksgiving, sidelining him for the entire month, according to a St. Louis Post-Dispatch article by Stu Durando.

Durando said that Thatch Jr. came down with a form of “myalgia or an isolated myopathy,” which is muscle-related, and added that the return for the ex-Bulldog could be near. 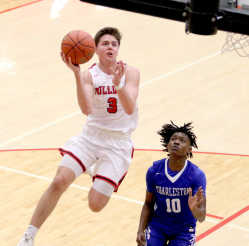 Sikeston's Parker Long goes up for a shot against Charleston in a SEMO Conference semifinal game on Thursday, Dec. 6, 2018, at the Sikeston Field House.
David Jenkins/Standard Democrat

The former Sikeston Bulldogs leads the team with 131 points on the season, which is good for a 16.4 average. He also tops the team in assists (42), steals (12), and minutes (36.2) for a 4-4 Saints team that opens its conference season tonight against the University of Missouri-St. Louis in Normandy, Mo.

In his last five games, Long is averaging 13.8 points per game, 5 rebounds, and 4.4 assists per game.

Owen, Parker’s twin brother, has started six games for the Saints this season, which ties for second on the team.

In his last five contests, Owen is averaging 5.6 points per game.

Sidelined with injury for most of the season, former Sikeston Bulldog Kevin Jones has appeared in three games for the Raiders.

Shoemaker has not started a game so far and is averaging 9.3 minutes per contest.

The former Standard Democrat Boys’ Player of the Year has appeared in four games this season for Southwestern Illinois and is averaging 5.8 points per game, on 55.6 percent shooting. He is adding 1.8 rebounds per game as well.

Southwestern Illinois is 5-7 this season and has lost its last four games.

He plays around 15 minutes per game and adds 2.4 rebounds per contest for a 6-9 team.

Tipler has not reached double-figures in scoring, since Nov. 19, when he scored 14 against Mount Mercy College.

In his last five games, Sharp is averaging 14.4 points per game to go along with 6.4 assists and 5 rebounds per contest.

A two-time Gulf South Conference Freshman of the Week winner, Leah Cauble has had a strong start to her first season of college basketball.

However, Cauble is only averaging 12.8 minutes and 7.3 points per game for the Bulldogs.

She is shooting 45% from the floor and 43% from three-point range and is the team’s fifth-leading scorer.

Watkins’ best game of the season was against Kennedy-King on Nov. 30, when she posted a double-double, with 17 points and 14 rebounds.

She scored a season-high 23 points, on 9 of 10 shooting, against John Wood in mid-November as well.

A University of California-Riverside commit, Thurmon is averaging 9.6 points and 6.8 rebounds per game for Three Rivers this season.

She is shooting 40.3 percent from the floor, and 39.4 percent from three and is coming off her first double-double of the season, against Lewis & Clark, where she scored 16 points and hauled 11 rebounds.

The reigning Standard Democrat Girls’ Player of the Year is coming on strong for Three Rivers in her first college campaign.

In her last game, against Lewis & Clark, she finished with 10 points, on 2 of 8 shooting, five rebounds, and five assists, in 22 minutes.

A senior for Williams Baptist, McKuin has played and started in all 10 games for the 8-2 Eagles, averaging 5.3 points and 5.3 rebounds per game, and playing an average of 27.6 minutes.