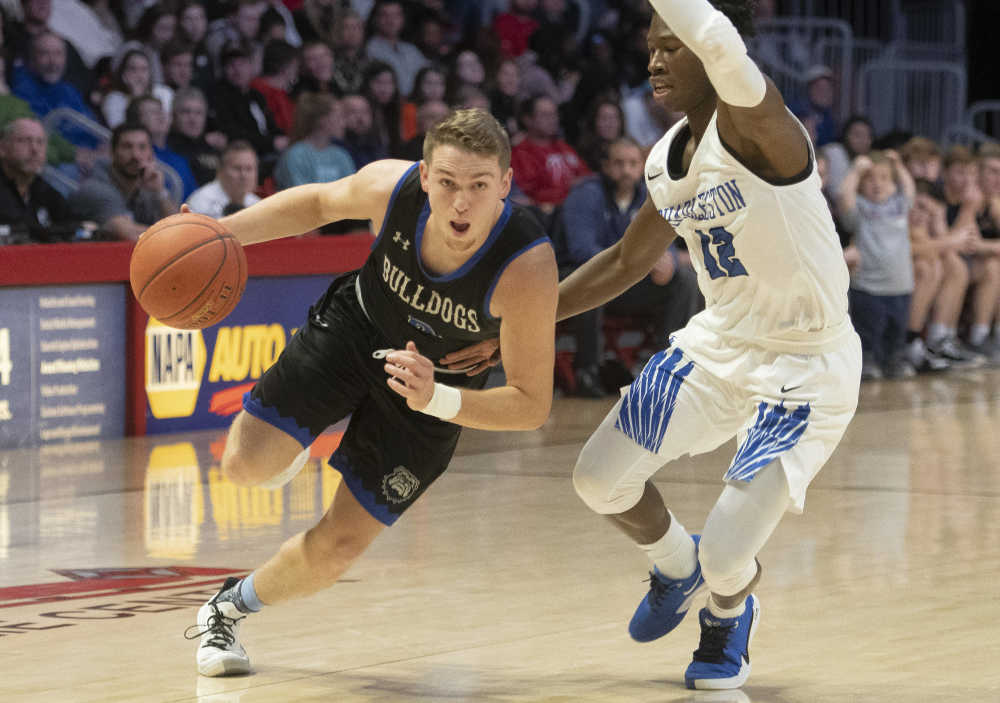 Notre Dame senior Tyler Landewee (2) handles the ball while guarded by Charleston senior Terridean Bogan (12) during the championship game of the Southeast Missourian Christmas Tournament on Monday at the Show Me Center in Cape Girardeau.
Jacob Wiegand ~ Southeast Missourian
Order this photo

There is no rest for the weary in the case of the Notre Dame boy’s basketball squad.

The Bulldogs (9-3) are coming off a runner-up finish in the 75th annual Southeast Missourian Christmas Tournament and it had to beat Delta (9-3) and two-time defending champion Cape Girardeau Central (10-1) to earn the right to play Charleston (9-1) in the tournament title game.

The Bulldogs fell to the Bluejays 64-41, but it will get another opportunity Friday when Charleston visits Notre Dame (7:30 p.m.).

“We’re going to have to beat teams as physical as Charleston,” Unterreiner said. “They are a really darn good team. They are physical. They have shooters and they have ball-handlers. They have everything you want.

“It’s an honor to share the floor with them and compete against them.”

Unterreiner called playing teams like the Bulldogs faced in the tournament at the Show Me Center a “big stage” and the attendance numbers backed that assessment up.

“We got to play on a big stage,” Unterreiner said. “These guys haven’t played on a big stage yet and if we want to have a good end to this year, we’re going to play on some big stages. We needed an experience like this. 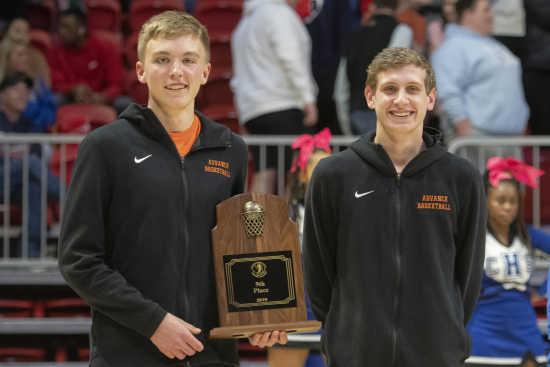 There is no debating that Advance senior guard Jack Below is going to take his fair share of shots. After all, he already has scored 58 points in a game this season and had 33 in Monday’s ninth-place game against Kelly.

However, Wheetley was quick to note that Below also looks to pass when teammates are open, well, because he can.

Below has a quick first step to get an angle on a defender, but he also has the length of reach to get over the defense to either pull-up for a mid-range shot or finish at the rim. He can do this against virtually any team on the Advance schedule, which creates opportunities for him, but it also gives open looks to his teammates when the defense collapses on Below.

“When we do slow down,” Wheetley said of his team’s offense, “and start taking care of the ball and moving the ball more, we get easier looks.” 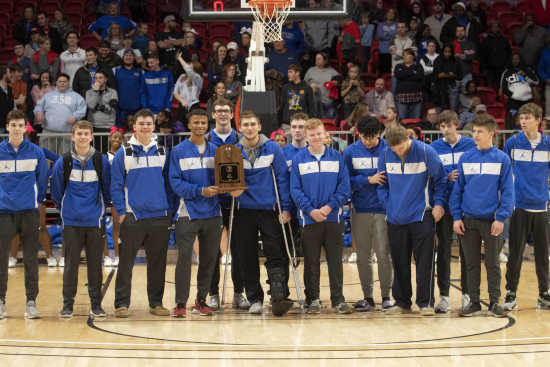 Oran senior growing ON the court

Oran senior wing Tyson Goodale put up 39 points in the fifth-place game against Delta Monday and earned a lot of recognition postgame for doing so.

He not only made the All-Tournament Team, but he also was the Fan-Voted MVP of the tournament on Semoball.com.

“He has really stepped his game up this year,” Eagle coach Joe Shoemaker said, “and improved his ball-Handling and his shooting. He’s gotten tougher inside.”

Goodale and his teammates will face the Bobcats again Friday at Delta (7:30 p.m.) and he’ll certainly be the focal point of the Delta scouting report following Monday’s performance.

“He gives us a lot of scoring right now,” Shoemaker continued, “and he is finishing well for us.”