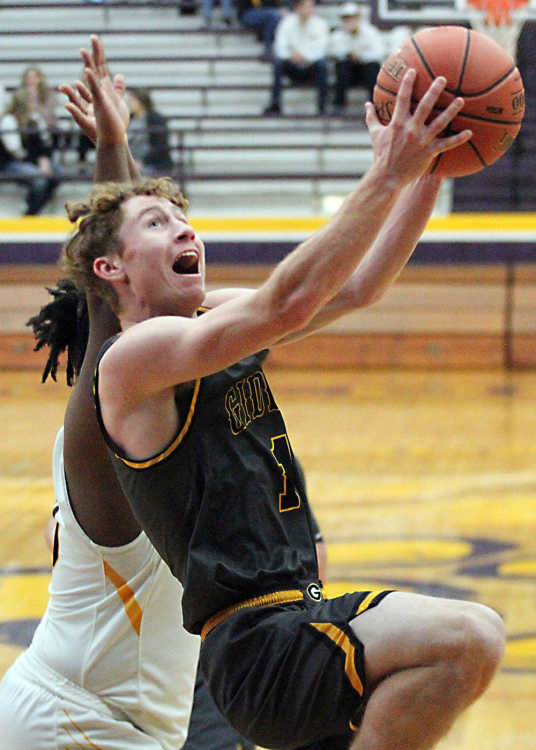 BLOOMFIELD, Mo. - The Gideon Bulldogs varsity boys basketball team is headed into the second half of the season on fire after claiming the consolation title at the 16-team Bloomfield Christmas Tournament Monday.

No. 10 seeded Gideon built a 33-22 lead by halftime and led by double digits throughout the second half as it beat No. 12 seeded South Pemiscot 56-37 in the consolation title game Monday afternoon.

“I feel like our kids were ready tonight,” Gideon coach Jordan McGowan said. “They wanted to make a statement. They talked all day yesterday at practice about how they were ready to go. I think we did a heck of a job guarding South Pemiscot tonight. We also shot the ball well. It’s always easier when you are shooting it well and we are finally finding our rhythm on offense.”

South Pemiscot (4-5) enjoyed a 13-12 lead after the first quarter but scored less than 10 points in each of the final three quarters. Gideon outscored South Pemiscot 21-9 in the second period, 12-7 in the third period, and 11-8 in the final period.

“Sam Williams put on a show defensively on Rogers,” McGowan said. “Brevin Vires also gets some of the toughest defensive assignments and he did a heck of a job rebounding for us tonight. He got us out in transition on offense once he got the ball.”

Logan Woodard also scored in double digits for Gideon. He hit half of his team’s six treys on his way to a 13-point night.

Gideon, which has won seven of its last eight games, won three straight games at the Bloomfield Christmas Tournament after falling to No. 7 seeded Van Buren 63-61 at the buzzer in the first round Thursday. Gideon beat No. 15 seeded Holcomb 78-72 in a consolation quarterfinal Friday and beat No. 11 seeded Twin Rivers 65-51 in a consolation semifinal Saturday before defeating South Pemiscot Monday.

“Our guys worked their tails off this week,” McGowan said. “Losing to Van Buren at the buzzer was obviously a heart-breaker. But our kids responded well after that. It’s a huge deal for our community and program to be able to play all four nights of this tournament. I fell like we are getting to the level that we can compete with anyone, which is really exciting.”

McGowan credits the recent streak of success to extra work in the gym.

“We’ve finally started putting some things together,” he said. “Our first couple games we shot it terrible. The kids responded and got in the gym after that and worked on some things. Their hard work has paid off.”

Gideon is off until Jan 14. when it begins Tri-County Conference play when it visits Southland.

“Basically our entire month of January is conference games,” McGowan said. “I’m excited going into conference play. It’s going to be tough. We are all about the same size and matchup pretty evenly so it should be a dog fight.” 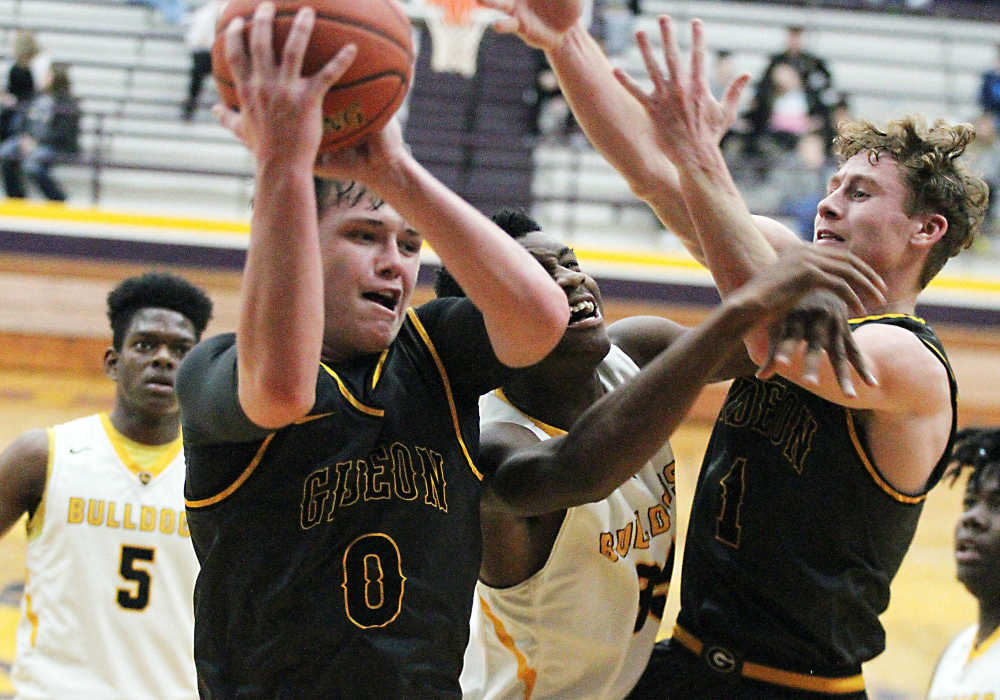 Photo by Dustin Ward, staff
Gideon's Brevin Vires brings down a rebound in traffic against South Pemiscot in the consolation championship of the Bloomfield Christmas Tournament Monday at Bloomfield High School.
Order this photo 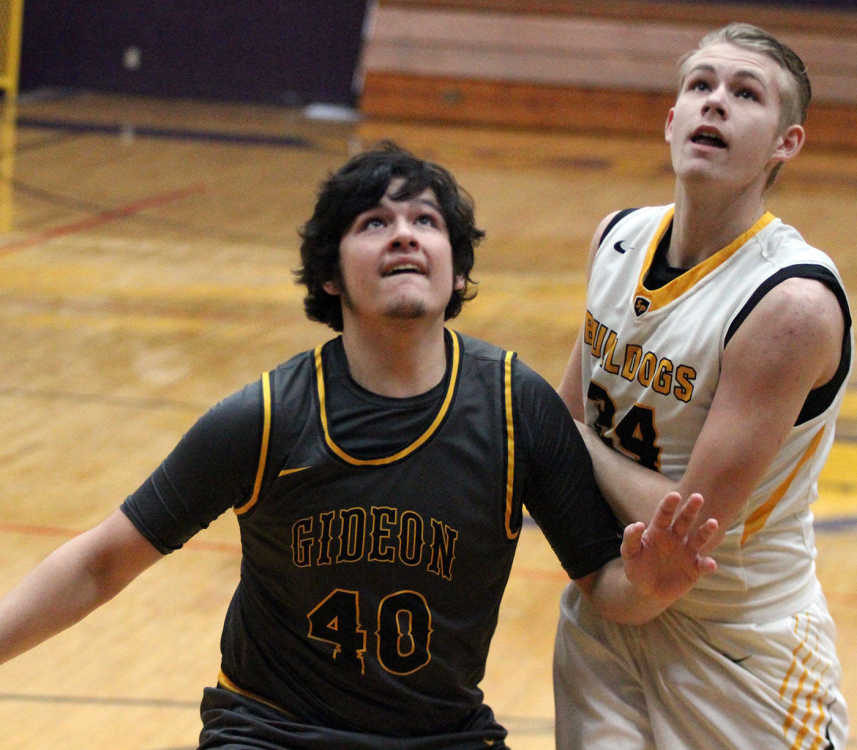 Photo by Dustin Ward, staff
Gideon's Dalton Manning and South Pemiscsot's Jacob Ireland fight for a rebound in the consolation championship of the Bloomfield Christmas Tournament Monday at Bloomfield High School.
Order this photo
Respond to this story