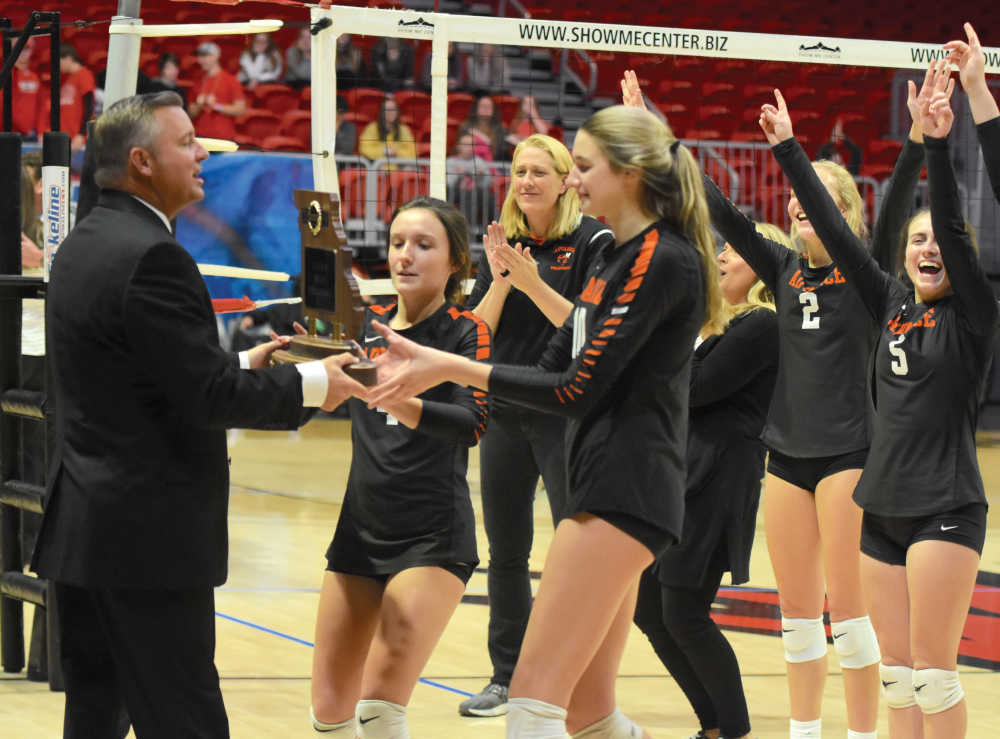 As a new year approaches, looking back is a natural thing to do, and I have compiled a list of the top 10 local sports stories of the year.

The Dexter school district named Chad Allen as the new boys basketball coach. He spent the previous 12 years as the high school’s girls basketball coach, compiling a 265-81 record. His teams won 10 district championships and he led them to the final four on four occasions, including a second-place finish in 2014. Eric Sitze, his assistant for 11 years, took over the girls program.

Mosby ended her record-breaking basketball career at Dexter High School, helping her team win 19 games and the Twin Rivers Christmas tournament. She signed to play basketball at Three Rivers College during the season.

She holds records for career (2,386 points) and single-game scoring (49) and career (385) and single-game 3-pointers (8) made. She was a three-time all-stater and the first three-time winner of the Bob Gray Award as the top girls basketball player in the SEMO Conference.

She helped the Bearcats compile an 89-30 record, win three district championships, advance to the state quarterfinals three times and finish third in the state during her sophomore year.

In track and field, she earned a pair of top-1o finishes at the AAU Junior Olympics and won an all-state medal in the 1600-meter run with a sixth-place finish in a personal-record 5:38.65.

Long-time Bernie basketball coach Brad Botsch stepped down after a 12-year run at the school. He went 268-107, a .715 winning percentage, while winning more games than any coach in school history. He led the Mules to four district championships and two Bloomfield Christmas Tournament titles. The Mules advanced to the Class 2 state championship game in 2010 and 2011, and reached the state quarterfinals in 2009.

The Bearcats won their first district championship since 2010. The Bearcats went 12-0 in dual matches, a school record. They shot 306 at the Jackson Invitational on April 15 to break the school record for best 18-hole score. Freshman Dylan Sitze won an all-state medal with a 12th-place finish.

The Bearcats won their first SCAA tournament championship since 2012 with a 61-42 win over Bernie. The Bearcats carried a 22-game SCAA regular-season win streak into this season.

Dexter’s 4x200 team of Austin Guy, Drew Soule, Cole Barker and Seth Rogers placed fifth in the Class 3 Track and Field Championships after setting the school record (1:31.22) during the regular season. The record had stood since 1986.

Bell City snapped its 44-game losing streak and won the consolation championship of the Oran Invitational. The Cubs ended the skid with a 65-42 win over Richland and won consolation trophy with a 55-42 win over Chaffee.

• Dexter native MaKayla Waldner, a senior at Mississippi State University, made the all-SEC team in women’s soccer and was named the conference’s co-Scholar-Athlete of the Year.

• The Bernie softball team won its first district championship in five years with a 13-2 win over Oran. The Mules lost to Scott City in the sectional round. Earlier in the season, the Mules won their fifth straight SCAA tournament championship.