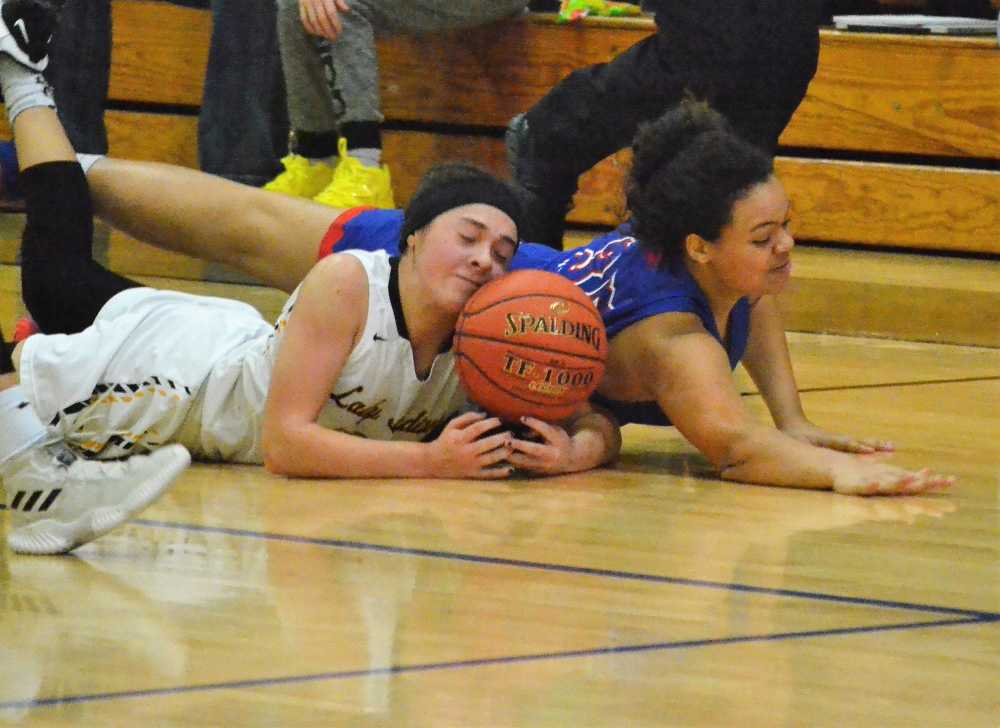 BROSELEY - With both teams coming off exhausting down-to-the-wire losses in Friday's semifinals, Saturday's third place battle at the Lady Royals Christmas Classic could fittingly be called the 'survival of the fittest game.'

New Madrid Co. Central took the third-place trophy and the unofficial title of fittest in running past the Naylor Eagles 49-29.

Naylor led 7-6 after one quarter before the NMCC used a tight press for a 9-0 run midway through the second quarter to take a 22-16 lead at the half.

Naylor (7-5) struggled offensively in the second half and closed with just four points in the fourth quarter.

Naylor lost in the semifinals to Doniphan 46-37 in a game that was close until the final minutes.

Adding to Naylor's offensive woes was the loss of top scorer Kaylynn Johnson, who played sparingly due to an illness after missing the semifinal game.

"We have to learn to come play hard every night. We didn't get ourselves motivated and I didn't do a good job getting them motivated, said Deckard.

"I was concerned that after a game like last night that we would come out flat, and we did," said NMCC coach Toby Heeb, whose team dropped a hard fought 55-53 battle in the semifinals to tournament champion Neelyville. "Our players gave it all they had last night but I was proud of them bouncing back pretty good in this one."

The Kennett Indians earned the fifth-place trophy on Saturday at the LCS with the same score from Friday's semifinal win over Charleston and in very similar fashion. Kyra Jaco and Caroline Patton combined to hit 4 of 6 free throws in the final 2:13 to hold off the host Twin Rivers Royals 39-35 to take home a trophy. On Friday, the Indians scored their final five points all from the free throw line to beat Charleston 39-35.

Twin Rivers fell behind 10-0 after one quarter and trailed 21-9 at the half before pulling back within two points late in the fourth quarter. Trailing by three with 22 seconds left, the Royals missed from three-point distance with six seconds on the clock and Patton added a final free throw for Kennett.

Alaney Moore scored 28 points and Allison Owens added 14 to give the Kelly Hawks the consolation trophy Saturday with a win over East Carter.

Kelly jumped out to a 15-12 lead and never trailed. Freshman Brooklyn Kearbey kept the Redbirds in the game with her 24 points, including 14 in the second half.