Bledsoe leads Charleston past Jackson to advance to final 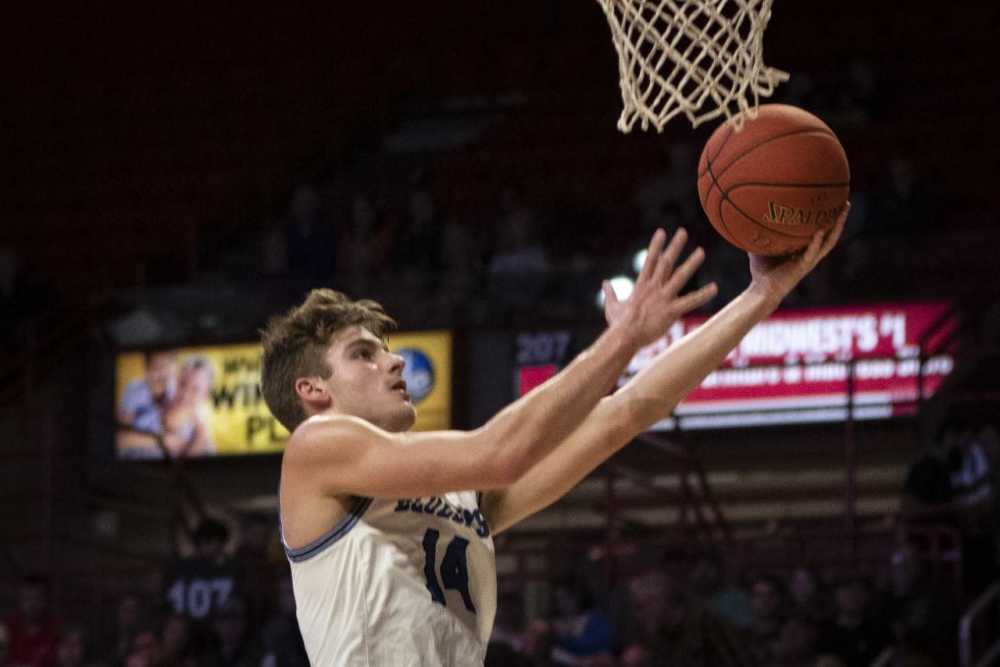 Danny Farmer knew his Blue Jays would eventually face a test in the 2019 Southeast Missourian Christmas Tournament – and Saturday night, they finally did.

Charleston (8-1) defeated an energetic Jackson Indians squad, 61-48, by far the #1 seed’s closest game of the tourney.

“We knew we’re not going to blow everybody out every game,” said Charleston’s Farmer, in his 21st year of leading the boys basketball program. “We knew it was going to take the full 32 minutes to (defeat Jackson).”

Charleston led wire-to-wire but fourth-seeded Jackson (5-3) managed to cut the lead to a single point, 35-34, late in the third quarter.

The score would not be that close again.

“When you get it to one,” said Jackson coach Darrin Scott, “you feel like you have a chance then you lose some possessions.”

Jackson trailed 40-36 to start the fourth quarter and found temporary success pushing Charleston into a half-court offense the Blue Jays do not enjoy playing.

The problem was, in order to frustrate the Blue Jays in the paint, the Indians resorted to fouling.

“We didn’t want to foul,” said Scott, “but we wanted to limit penetration and did a good job of that for the most part.”

Reynolds fouled out for Class 5 Jackson. Wasilewski and Mirly amassed four fouls each, part of 20 total infractions charged to the Tribe.

“Fouling, yes, did limit us,” admitted Charleston’s Farmer, “but they still had to make their shots.”

Farmer noted that had Jackson been more successful in converting baskets in the second half, they might have won.

Jackson’s Scott was in agreement.

“We turned it over too much in the first half,” said Scott, “and I thought we were a little scared.”

“In the second half, we just made mistakes.”

Sam Bledsoe led the Blue Jays with 23 points, including two baskets beyond the arc.

Terridean Bogan and Isaiah Gillespie were also in double figures for Charleston, with 12 and 10 points, respectively.

Blessin Kimble, Charleston’s tallest player at 6-foot-6, had an impressive dunk late in the game to put a coda on the Blue Jays’ victory.

In victory, Farmer was magnanimous.

“(Jackson) is so tall (and) their length always gives us problems.”

Farmer says having a veteran team is definitely an advantage.

“We have a lot of seniors (and) we should be playing well.”

Tipoff time for the championship game against Notre Dame is scheduled for 7:30 p.m. Monday.