BCT: Second quarter proves to be the difference in Portageville’s 62-53 loss to Hayti 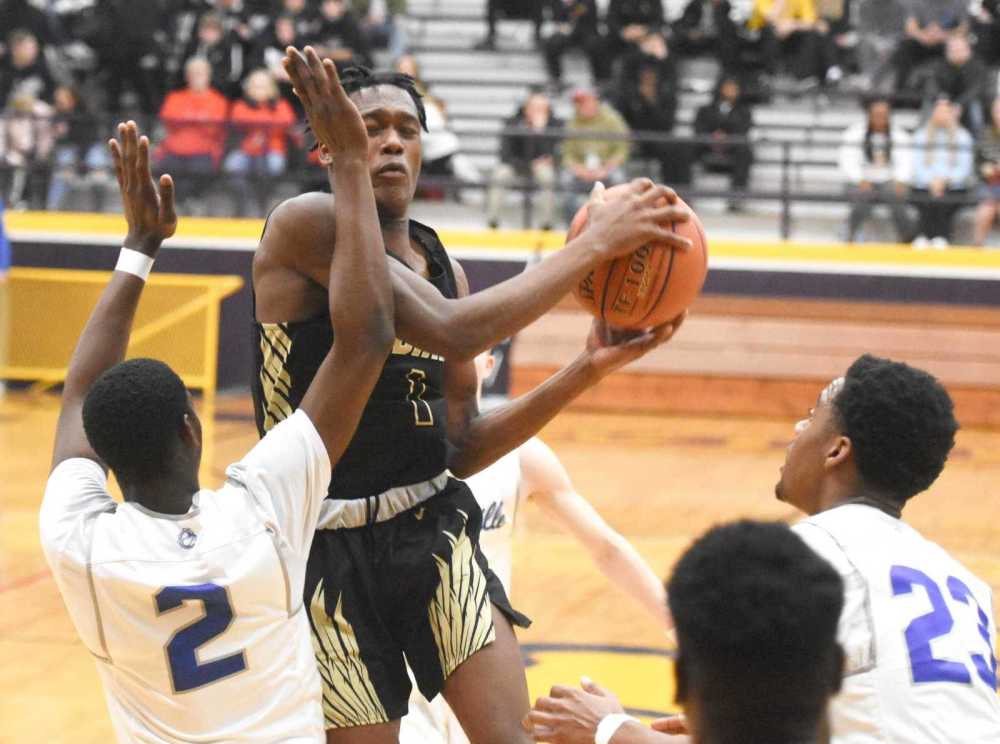 After trailing 13-8 at the end of the first, the Indians outscored the Bulldogs 24-12 in the second and ended the first half up by seven points en route to a 62-53 win

Hayti eventually grew its lead to double-digits in the third quarter, and from that point, it was a struggle for Portageville to mount a comeback.

“Those two quarters, we settled down and started having good ball movement,” Hayti head coach Travis Day said. “First quarter, we were making one pass and shooting it or even no passes and a shot. We started moving the ball side-to-side, and we started taking wide-open shots. We had some guys step up, get a couple of offensive rebounds here and there.”

A major reason for the surge at the end of the half was the play from sophomore Tray’von Thomas.

Thomas had 11 of his team-high 20 points in the period, including knocking down three from long-range.

Portageville head coach Jason Irby identified the two main shooters to his team, but the defense they put in play still didn’t bother the sniper at all.

“We were playing 2-3, and we didn’t communicate very well in that second quarter,” Irby said. “We lost track of him, and I know we left him wide-open in the corner, and he got one pretty good look on the wing in front of our bench. We didn’t do a good job of finding him. We talked about No. 5 and 20 were the two shooters.

“We’re playing a lot of young kids. A lot of sophomores and sometimes stuff like that happens.”

Adjusting well at halftime, Portageville only allowed Thomas to score seven points through the next two quarters.

However, another Indian stepped up when the focus shifted on the sophomore.

5-foot-9 senior TreCharles McCoy dominated the second half for Hayti, scoring 12 points during that time. He finished with 19 points, on 6 of 14 shooting, and grabbed seven rebounds.

Heading into the game, Day said that he challenged his senior to show what he was capable of, and he did just that.

“TreCharles was due,” Day said. “I challenged him before the game and told him how bad we needed him on both ends of the floor. He brought back a lot of energy for us. He was getting after it.”

Senior AJ Hicks paced the Bulldogs throughout the game, but most notably in the fourth quarter, as he was attempting to will his team back from a 47-38 deficit. 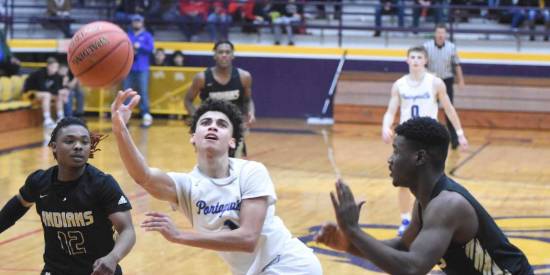 Portageville's AJ Hicks drives to the basket between a pair of Hayti defenders during the third quarter.
DEXTER STATESMAN/Kyle Smith

Hicks scored nine points in the frame and had a game-high 24 points on 8 of 21 shooting.

“That’s the strength of his game,” Irby said. “He can score and can score in bunches. So, that’s what he was able to do for us tonight.”

After a slow start to the game, junior Brendan Garmon also had a quality outing for Portageville. 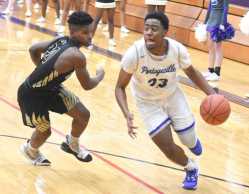 Garmon had three points in the first half, but at halftime, Irby urged his lone starting big man to play to how he is capable of playing.

“At halftime, we told him that he’s our big guy; we were struggling so much on the glass, and we told him that he had to be aggressive,” Irby said. “Go strong and not worry about being fouled. For about four-or-five minute stretch there, I thought he played phenomenal. He showed what he could do because he can be a dominant inside guy when he applies himself.”

Garmon finished with 13 points, on 6 of 9 shooting, and six rebounds.