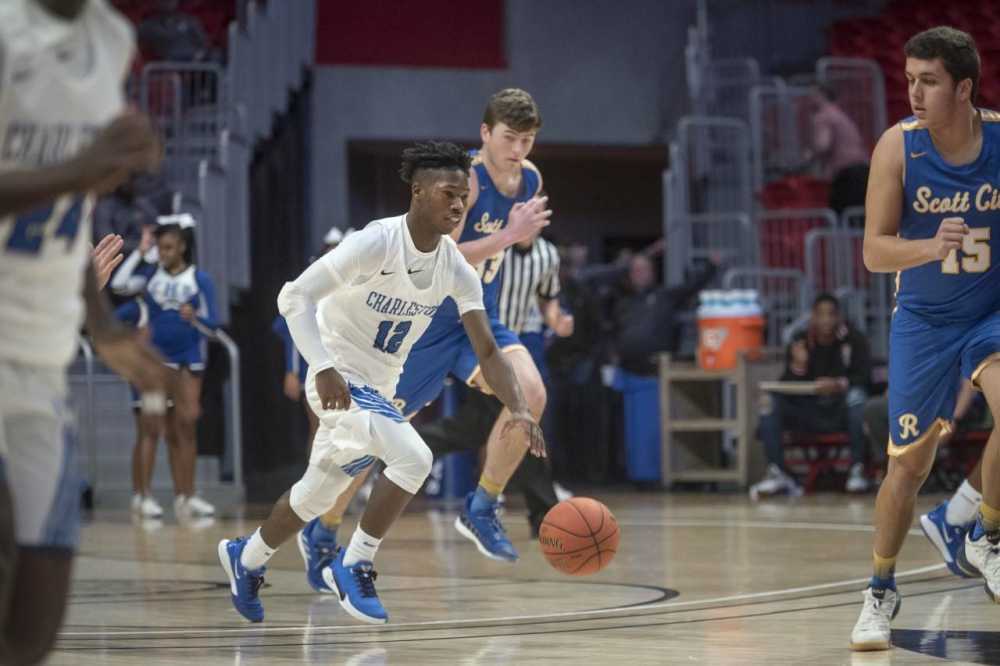 Terridean Bogan was all over the court for top seed Charleston Friday, as the Blue Jays routed #8 seed Scott City (6-3) in the second round of the Southeast Missourian Christmas Tournament, 78-35.

“I told (Bogan) at halftime he was the MVP of the first half,” said Charleston coach Danny Farmer.

Bogan had 15 points – one of four Blue Jays in double figures - but more to Farmer’s liking, the 5-foot-10 senior had three steals and led the Blue Jays in rebounds.

The Blue Jays move to the semifinals Saturday against the winner of Jackson-Oran.

“We did what we came here to do,” said a pleased Farmer, “and we advanced on the right side of the bracket.”

Teammates Elmer Davis and Blessin Kimble had 11 and 10 points, respectively.

Kimble, who along with reserve Tyrell Ware, were the tallest men on the court at 6-foot-6, is, in his coach’s eyes, a potential Power-5 college talent.

“(Blessin) is very strong,” said Farmer, “(but) he probably needs to improve on a few skills before moving to the next level.”

Charleston laced Scott City’s defense seemingly at will – as the Rams were unable to stop repeated drives into the post by Bogan, Kimble and fellow senior Isaiah Gillespie.

Charleston was in continual transition with drives to the basket so powerful, it seemed at times as if the Blue Jays were slicing through butter with a hot knife.

“We penetrated a lot,” agreed Farmer, “but that’s the kind of thing we should do against this type of team.”

The Class 3 Blue Jays have had a relatively easy draw to this point in the tourney, beating Scott County Central in the opening round Thursday, 110-29.

Scott City was led by junior Camden Conner, who scored nine for the Rams, including 3-for-4 from the foul line. Scott City had no one in double figures.