Christmas Tournament Notebook: Bell City player proves his worth even in rout 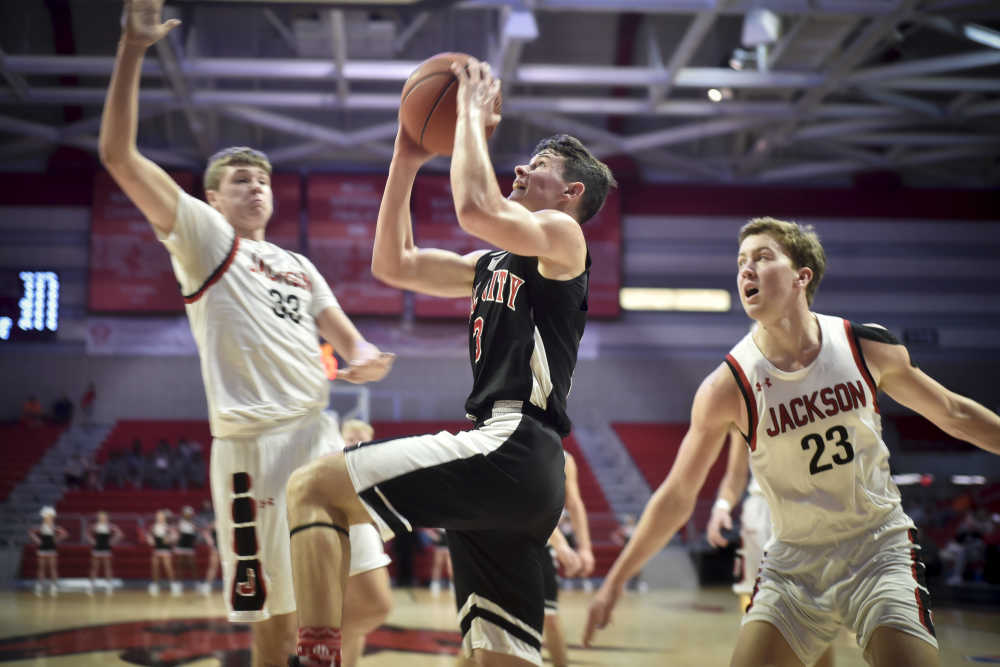 It may have been hard to assess just how good of a basketball player Bell City junior guard Luke Nichols was Thursday. After all, his team ended up losing 75-25 to Jackson in the opening round of the Southeast Missourian Christmas Tournament at the Show Me Center. However, after watching the 5-foot-11 athlete score 19 of his team’s 25 points, it wasn’t difficult for veteran Indian coach Darrin Scott to evaluate Nichols.

“I was really impressed with that Nichols kid,” Scott told Semoball.com after the win. “He had to create offense for them (and) he didn’t force anything.”

Nichols’ career has been an arduous journey.

As a freshman, he and his Cub teammates didn’t win one of their 20 contests.

As a sophomore, it was more of the same, as Bell City finished 0-22. However, there has been some degree of a breakthrough this season, as the Cubs have won a couple of games and Nichols is a huge reason for any of the success.

As Scott noted, Nichols was good regardless of the size of school he was competing against, which is also something that Johnson agreed with.

"Oh, yeah, most definitely,” Johnson responded when asked if Nichols could play for any team in this event. “He's a gym rat. He's in the gym all the time. He's phenomenal."

Bell City won’t be battling the likes of Jackson very frequently the remainder of this season, so the opportunity for Nichols to help his team succeed will be more realistic moving forward. One of the Cubs’ wins this season was a 65-62 thriller over Richland (Essex), which Bell City will host on Jan. 10.

With Nichols being a leader on and off of the court, there is hope in Bell City for the remainder of this season.

When Kelly boy’s basketball coach Fred Johnson returned to the court this season after a long layoff, he did so in part for his own good.

“Doing nothing after working for 35 years in education,” Johnson said, “sitting around the house, I was beginning to hurt in places normally I didn’t hurt. You hurt your back. You hurt your knees. But since I started (coaching again), the pain is gone.”

Johnson has made a career out of mentoring young people, on and off the basketball court, so it is a natural fit to be in his first season at Kelly, whose roster has just one senior.

“We’re trying to get better,” Johnson said. “Rome wasn’t built in a day.”

The Hawks only have three non-football players, which meant Johnson had just 16 days of practice before his team’s first game. In addition, a lot of his athletes play baseball in the summer, which Johnson encourages his players to do.

“I’m not going to tell them not to play baseball,” Johnson said. “That is none of my business.”

Johnson spent one season coaching girl’s basketball in Sikeston (in 2005), but aside from that, he hasn’t coached since 1998. However, he has quickly acclimated to his new routine and is enjoying himself.

“Being active,” Johnson said, “and being around young people. And now I have a schedule every day. Every day I know that I have to be at school (and) I know I have to go to practice. It makes a difference.” 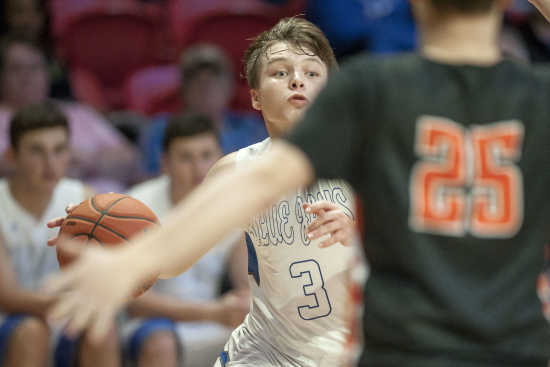 Third-year Oak Ridge coach Chris Trimmer knew that Advance was going to clog the middle of the floor and try to hinder Blue Jay star guard David Layton’s ability to drive to the basket. He hadn’t implemented the strategy of placing junior shooter Kyran Newell in the starting lineup and forcing the defense to honor his presence, but he thought it might work.

Newell made his first career start at the varsity level and sank three 3-pointers and finished with 20 points in the victory.

“We’ve been expecting Kyran to be able to step up and do that in a game situation,” Trimmer said. “We gave him the start, which was meant to take the pressure off David. He’s an outstanding shooter but he never gets any credit because the ball is always going to David or always going to (Blue Jay leading scorer Zach LeGrand).”

Newell has had several strong offensive outings at the junior varsity level, according to Trimmer, but he was incredibly effective Thursday, particularly when Layton got into early foul trouble and had to sit.

“We’ve seen him in practice,” Trimmer said, “he’s the best shooter on the team. The reason he was on the floor was to spread (Advance) out. He did a tremendous job.”

Layton picked up his third foul midway through the second quarter and his fourth foul late in the third period. Newell answered by scoring 18 of his 20 points in the final 16 minutes.

“Every chance Kyran got tonight to step up big, he did,” Trimmer said. “It is really big for us because if Kyran can play like that, it adds an extra dimension that we did not have earlier in the season.”