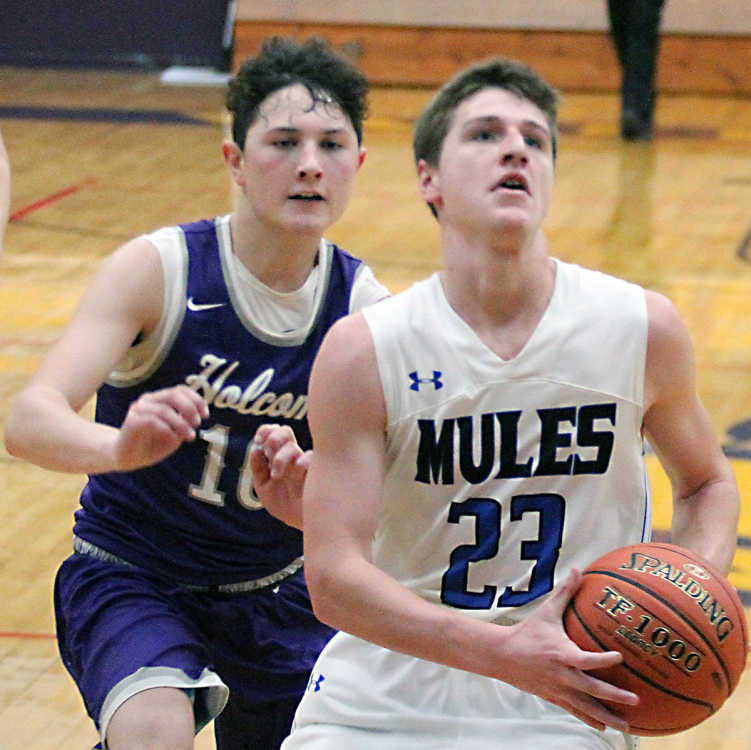 BLOOMFIELD, Mo. - Bernie Mules coach Jason Long wants his squad to maintain a balanced offensive attack even with its recent success from behind the arch.

“We are getting a lot of attention because we have been making a lot of 3’s,” Long said. “But we understand we’ve got to work inside-out to continue to be successful.”

The undefeated Bernie Mules continued to enjoy success with a balanced offensive attack Thursday morning. No. 2 seeded Bernie recorded 20 two-point fields goals and 10 treys as it shot its way past the No. 15 seeded Holcomb Hornets 75-46 in an opening-round contest at the Bloomfield Christmas Tournament.

“I was happy with the way we ran our offense,” Long said. “We did a good job moving the ball.”

The Mules defense allowed just five field goals in the first half.

“We had a good first half,” Long said. “We are still trying to develop an identity defensively. But I thought we played pretty well in the first half today.”

Bernie increased its lead as large as 60-30 with about two minutes left in the third quarter before Holcomb scored six straight points to cut the deficit to 60-36 by the start of the fourth period.

The Mules responded by winning the fourth quarter by five points.

“We came out pretty sluggish the first half,” Holcomb coach Michael Snider said. “We didn’t take care of the ball very well. They put a lot of pressure on us and it hurt us so kudos to Bernie for that. Once we adjusted to the pressure I thought we ran our offense better in the second half. I felt like our energy was a lot better and we took care of the ball better in the second half.”

Four players scored at least a dozen points for Bernie.

Six-foot-five senior center Andrew Geohagan recorded 10 of his team-high 15 points for the Mules in the first half. He had a team-high six 2-pointers.

Junior guard Landon Zoll hit a team-high four treys on his way to a 14-point performance for Bernie.

Junior guard Johnny Vaughan added a dozen points for Bernie on three treys and a pair of 2-point baskets.

Freshman guard Dylan Bradshaw enjoyed a big game for the Hornets in his first appearance at the Bloomfield Christmas Tournament. Bradshaw went nine of 10 from the charity stripe and made four 2-point baskets to finish with a team-high 17 points.

Junior Eli Bader also finished in double digits for the Hornets. He his a pair of 2-pointers and 3-pointers to finish with 10 points.

Holcomb (0-6) will play in a consolation quarterfinal Friday at 11:30 a.m. Holcomb awaits the loser of a first-round contest between No. 7 seeded Van Buren and No. 10 seeded Gideon.

“I’m looking forward to watching Van Buren and Gideon play tonight,” Snider said. “Both teams are well-coached. We are excited to have the opportunity to play one of those teams Friday.”

“Our main goal is to play all four nights,” Long said. “If we get Gideon they’ve got a good, solid group with two coaches that I coached. They will be super hungry and fired up if we play them.

“If we end up playing Van Buren that’s a team we’ve already faced at the jamboree, and to be honest, they really put it on us the first time,” Long added. “So we will have a tough task regardless of which team we play.” 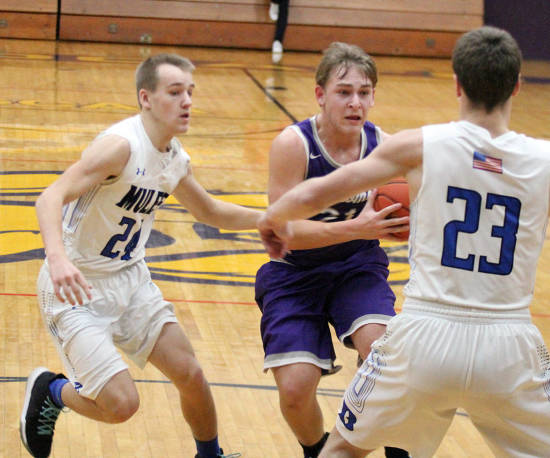 Photo by Dustin Ward, staff
Holcomb's Eli Bader penetrates against the Bernie defense in a first-round contest at the Bloomfield Christmas Tournament Thursday.
Order this photo 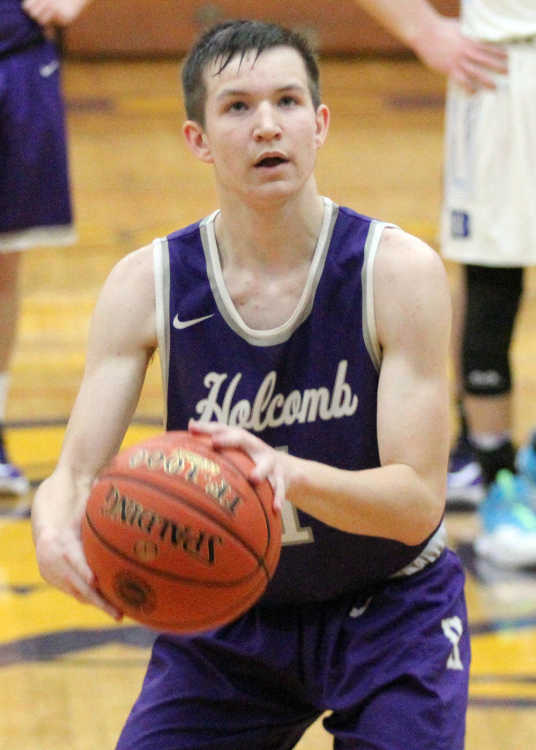