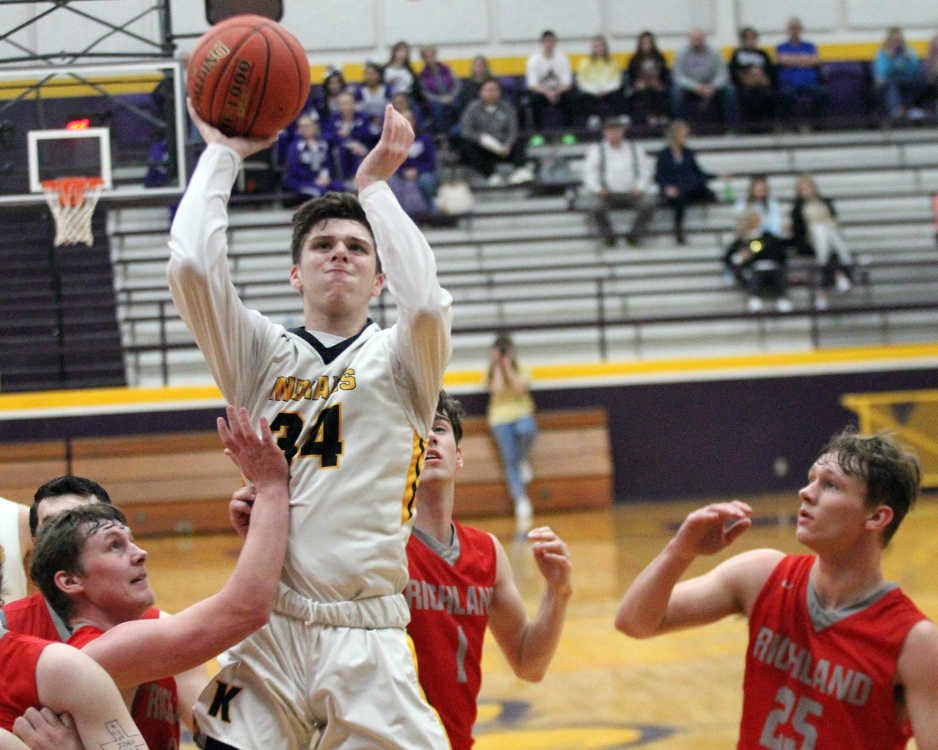 Photo by Dustin Ward, staff
Kennett's Ben McMullan takes a shot in traffic against the Richland defense in a first-round contest at the Bloomfield Christmas Tournament Thursday morning.
Order this photo

BLOOMFIELD, Mo. - The Kennett Indians entered Thursday’s first-round contest against the Richland Rebels with plans to use its pressure defense to create its offense.

“We wanted to come out and put some pressure on them so we could create some turnovers and get out in transition,” Kennett coach Andrew Halford. “I thought for the the most part we were able to execute our defensive strategy pretty well."

The defensive strategy proved effective as No. 1 seeded Kennett forced 36 turnovers before the final buzzer sounded as it beat No. 16 seeded Richland 79-44 in the first game of the Bloomfield Christmas Tournament.

“We played OK on offense once we were able to break their pressure,” Richland coach Matt Cline said. “But we just turned the ball over too much today.”

Kennett won each of the first two quarters by double digits to build a 50-19 lead by halftime.

The Rebels kept things closer when it faced less defensive pressure in the second half. The Indians won the third quarter by just six points before the Rebels won the fourth quarter by a bucket.

“We did some good things offensively,” Halford said. “When we move the ball like we did today we can spread the love around and get some good shots close to the basket.”

Junior guard Shai Sherfield displayed a hot-hand for Richland in the second half. Sherfield tallied 16 of his team-high 21 points after halftime.

“Shai can shoot it,” Cline said of Sherfield, who hit four 3-pointers after halftime. “But they also backed off a little bit in the second half and didn’t stay in his face as much. But when he’s open he can knock it down.”

Freshman guard Damon Ivy also enjoyed some offensive success in his first appearance at the Bloomfield Christmas Tournament. Ivy tallied eight of his 13 points before halftime tor the Rebels.

Richland (1-6) will play a consolation quarterfinal Thursday at 2:30 p.m. Richland awaits the loser of a first-round contest between No. 8 seeded Malden (2-5) and No. 9 seeded East Prairie (2-3).

“We’ve already played Malden once,” Cline said. “East Prairie also has a good squad. So we’ll watch them tonight and see what we can do Friday.”

Kennett (7-2) will take on the winner of Malden and East Prairie Friday at 4 p.m.

“It’s nice that we got to play this early and will be able to get back into the gym with a little more rest than our next opponent,” Halford said. “The more rest you can get the better when you play in this tournament.” 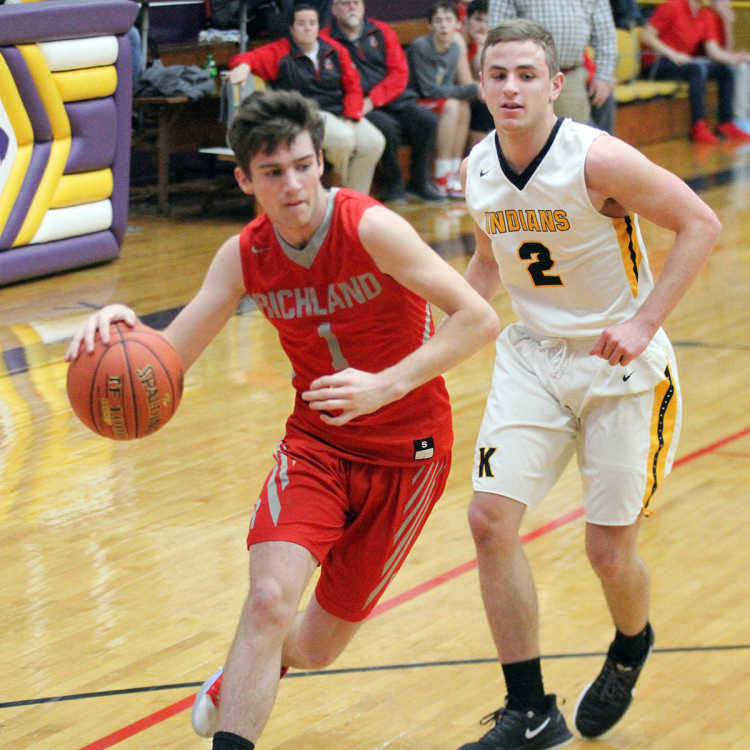 Photo by Dustin Ward, staff
Richland's Damion Ivy penetrates past Kennett's Carter Maddox in a first-round contest at the Bloomfield Christmas Tournament Thursday.
Order this photo
Respond to this story