SEMO baseball unveils indoor facility that was years in the making 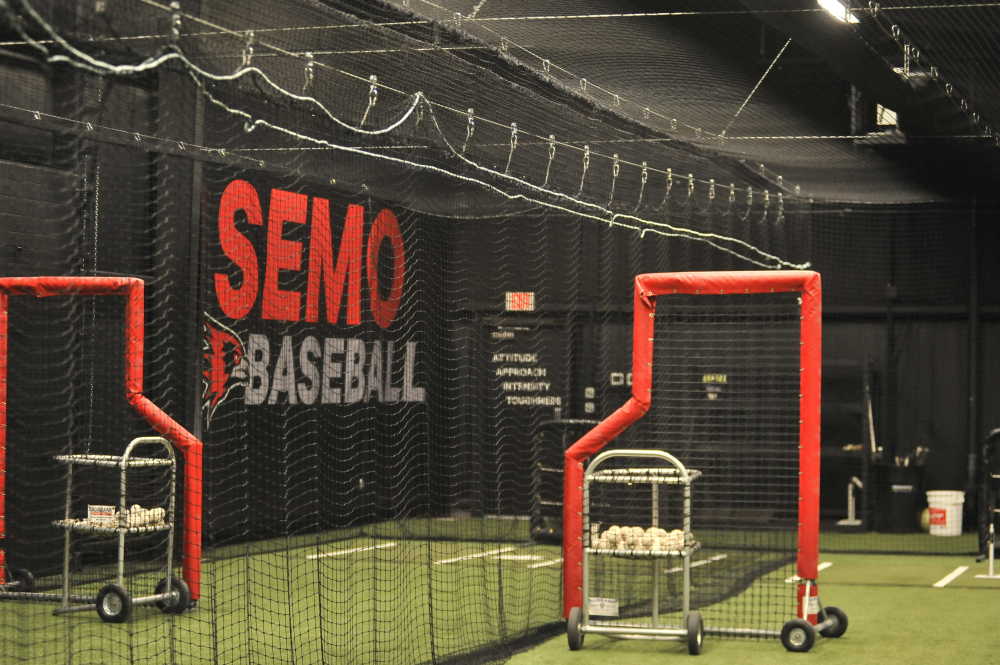 It’s Christmas time and the Southeast Missouri State baseball program recently received a gift that will keep on giving for years to come.

After years of fundraising efforts and planning, the university recently unveiled a $400,000 indoor facility that is the envy of many programs across the country.

“We were at a disadvantage because most (Ohio Valley Conference programs) had a place to train,” fourth-year Redhawk coach Andy Sawyers explained. “Now, a place to train and a place that looks like this are two very different things.”

The 4,000-square-foot facility sits parallel to the third-base line at Capaha Field and is a year-round facility that houses four batting cages and portable pitching mounds with the latest technology to enhance the development of the athletes.

The HitTrax program is available for the Southeast players, which uses an infra-red camera to provide real-time data for hitters, such as the baseball’s exit velocity, launch angle and strike zone analysis.

In a similar fashion, the Rapsodo program delivers specific information instantaneously to pitchers, such as pitch velocity, spin rate, and release angle.

The Redhawks won’t officially start skill sessions in preparation for the 2020 season until Jan. 15, but a climate-controlled facility such as this allows the players to work on their skills all year long, and all day long.

“Our keypad is programmable,” Sawyers said of the availability of the facility, “so I can program that through (Capaha Park hours). If you don’t have a class, you can be here at 8 a.m. if you want to. You can come here after study hall if you want to.” 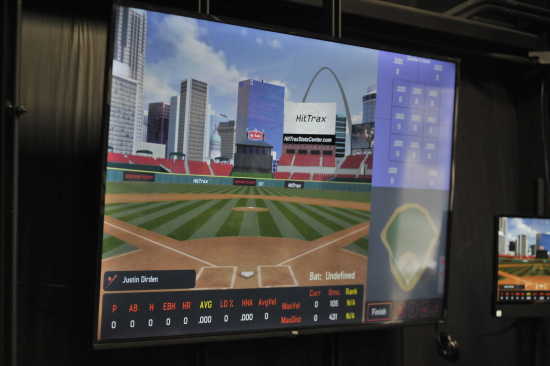 “An 18-year-old kid can always find something better,” Sawyers said. “I have never heard any of our players say anything other than they are over the moon about this. They are excited about it and they are really grateful.

“Sometimes it takes a lot to get an 18-year-old kid to be grateful. But they are appreciative, and they are grateful.”

The journey for this facility has been a long one and it began before Sawyers had ever dreamt of being the Southeast coach.

Former Redhawk coaches Mark Hogan and Steve Bieser laid the groundwork for the construction of the facility, and then the “turf project at Capaha Field came under budget,” according to Sawyers, so that helped, as well.

The final phase was completed when the Whitey Herzog Youth Foundation, which awards funds to enhance amateur baseball opportunities, donated $30,000 to the project.

“It’s been the dream of SEMO baseball to always have this facility,” Sawyers said. “The financing has been a long and drawn-out and complicated process, but it’s here.”