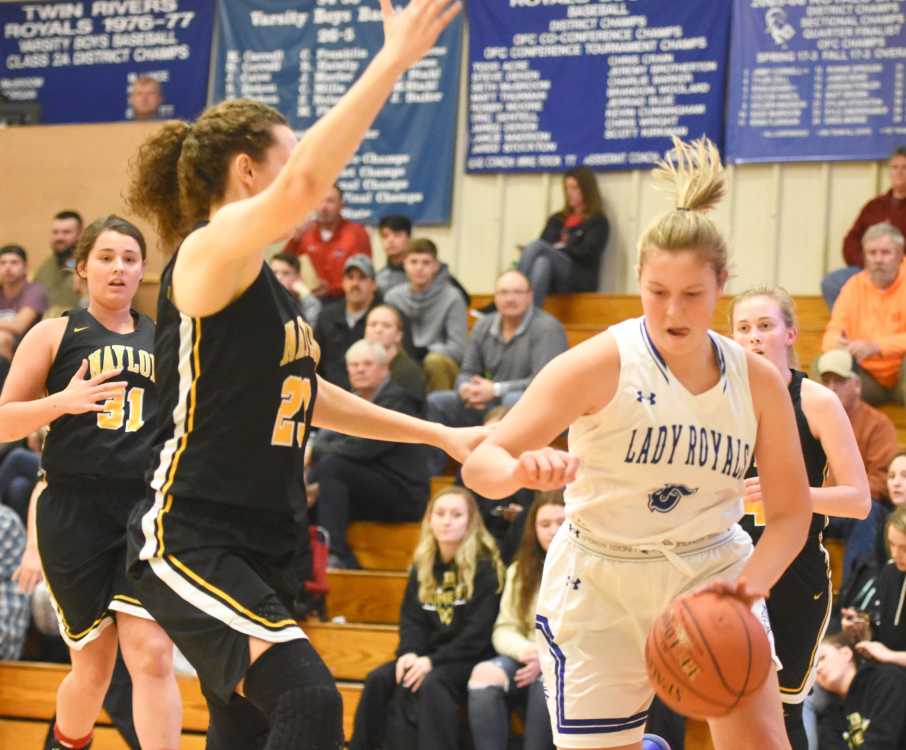 The sixth-seeded Royals shot 22 percent (10 of 45) from the field, and the third-seeded Naylor Eagles beat them 48-26 in the quarterfinal round matchup.

“They play hard,” Naylor coach Gene Deckard said of the Royals. “I was proud of my kids coming out here and matching their intensity. Twin Rivers comes out and gets after you.”

The Eagles never trailed after Kaylynn Johnson, who scored a game-high 16 points, made a steal and a layup for a 2-0 lead. Brianna South drove the baseline to tie the score at 2, but Faith Sullivan sank two free throws and Naylor never trailed again.

The Eagles took a 9-4 lead into the second quarter where they began to build some separation.

Sullivan, McKenzie Crofford and Johnson made 3-pointers in the second, as Naylor stretched its lead to 10 (18-8). Crofford finished with 1o points.

Naylor closed the quarter on a 7-0 run — a 3-point play by Johnson, a fast-break layup by Ebby Moman and two free throws by Alyssa Urich — to take a 25-9 halftime lead.

The Eagles scored seven straight points early in the third quarter to extend their lead to 32-11, and Johnson and Harley Sullivan hit 3-pointers late to give them a 40-17 lead entering the fourth.

“They shot the ball really well,” Crockett said of the Eagles. “Sometimes they were wide-open and they knocked those shots down just like good teams do. Tonight just wasn’t our night. We’ll come back and get ready to play on Friday.”

Twin Rivers showed a bit of life in the fourth quarter, outscoring the Eagles 9-8. South scored six of her eight points in the final period.