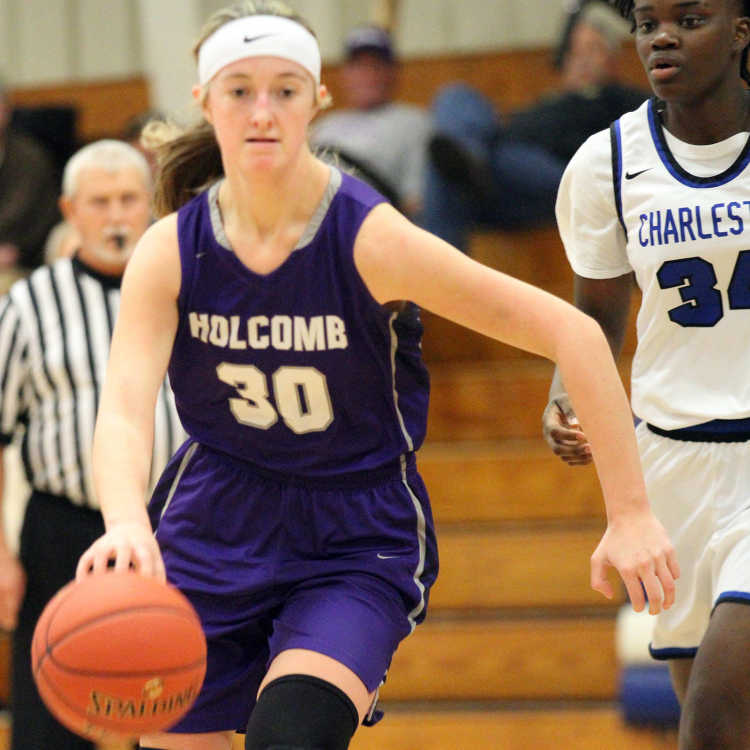 BROSELEY, Mo. - The No. 8 seeded Charleston Bluejays outscored the No. 9 seeded Holcomb Hornets by double digits in the second quarter on its way to a 59-42 victory Saturday in a first-round contest at the 16-team Lady Royals Classic.

“That’s what we were looking for,” Charleston coach Dollette Hall said of spurt. “After the first quarter, I told them, “We’ve got to get after it and move the ball quicker and faster.’ They got after it the second quarter and we pulled ahead before halftime. Moving the ball and hustling is why we got ahead.”

“They double-teamed our ball-handler [Ashanti Jones],” Hall said. “After that, she did everything she could to get the ball and drive past the double team. Once she got past them she was gone and we had three or four players open down the floor.”

Holcomb enjoyed more success after halftime. The Hornets were only outscored by three points in the second half and got as close 10 points twice in the third quarter.

“I was very happy with our effort in the second half,” Holcomb coach Alexa Stockton said. “We showed a lot of heart and grit. We played hard. We just didn’t finish shots or rebound with them. It’s hard to rebound with a team that athletic but I was very proud of our effort.”

Charleston (4-0) plays Neelyville in a quarterfinal Monday at 3 p.m.

No. 1 seeded Neelyville beat No. 16 seeded Greenville 73-23 in its first-round contest Saturday.

“Hopefully we can get a win Monday so we can just continue to keep playing in this tournament next week,” Stockton said. 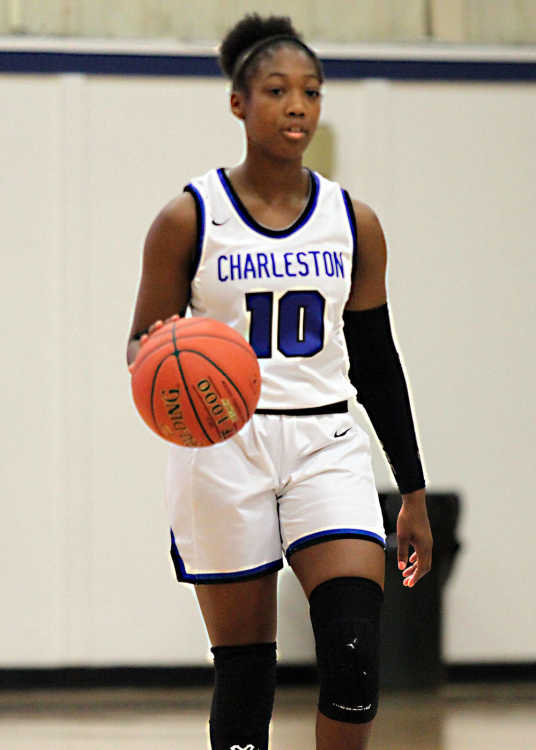 Photo by Dustin Ward, staff
Charleston’s Ashanti Jones handles the ball Saturday in a first-round contest at the Lady Royals Classic at Twin Rivers High School in Broseley, Missouri.
Order this photo
Respond to this story