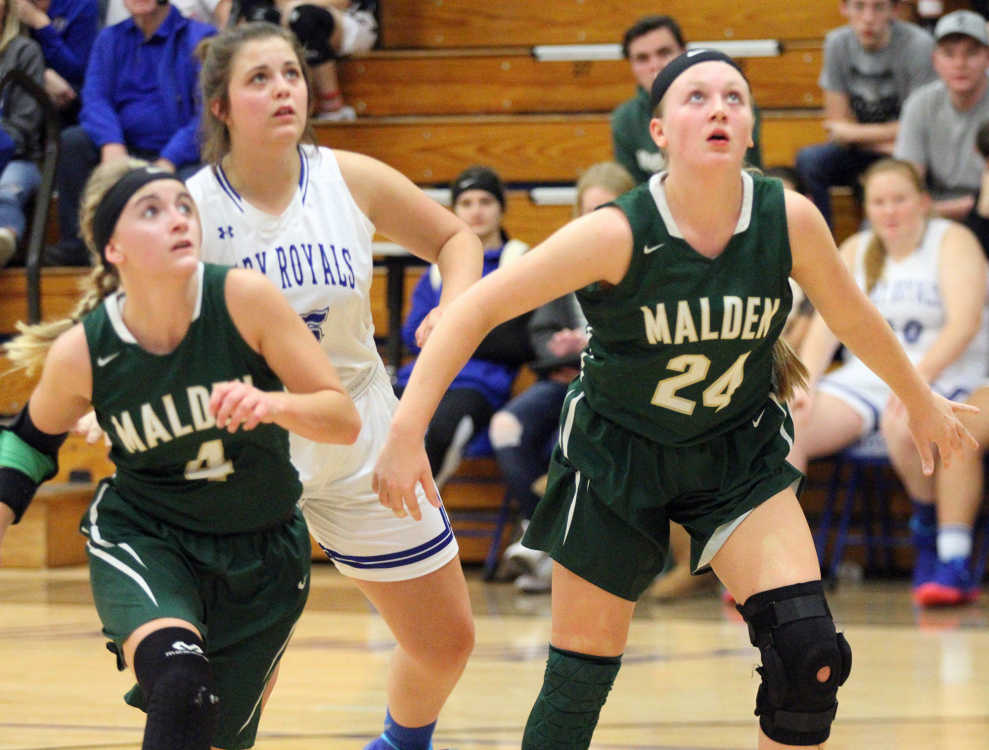 BROSELEY, Mo. - It took a little bit of time to have an impact put the defensive pressure the Twin Rivers Royals applied finally created havoc for the Malden Green Wave.

After falling behind 8-5 after one quarter of play, No. 6 seeded Twin Rivers outscored No. 11 seeded Malden by double digits in the second quarter to build a 24-14 lead by the halftime break. Twin Rivers also won the third and fourth quarters by single digits as it beat Malden 52-29 in a first-round contest at the Lady Royals Classic Saturday at Twin Rivers High School in Broseley, Missouri.

“Coming out slow has been our Achilles heel all year,” Twin Rivers coach David Crockett said. “But we finally picked it up today. I feel like our press finally wore them down. We ran and ran and also made some shots. It took a total team effort today to win.”

Twin Rivers scored the first nine points of the second quarter to move ahead 17-8 with 4:22 left in the second period. Malden followed with the next six points to get as close as 18-14 with 52 seconds left in the first half

Drew Love halted the Green Wave’s rally by hitting consecutive 3-pointers in the final minute of the first half to pad the Royals’ lead to 24-14 at halftime.

“That was a backbreaker for them,” Crockett said of the treys by Love. “She has been out with an injury. This was her second game back. Those were huge shots that gave us the momentum going into halftime.”

Malden continued to struggle to score early in the second half. A 2-point basket by Madison Saulsbery accounted for the Green Wave’s only points in the third quarter as Twin Rivers increased its lead to 35-16 by the start of the fourth period.

“Our energy was very good early on,” Malden coach Josh Herring said. "But coach Crockett does a good job getting his girls to create a tempo that makes teams uncomfortable. We started getting uncomfortable on offense in the second quarter and our shots didn’t fall. Then we failed to get defensive rebounds in the second half. I thought our girls tried their best to come back but we just didn’t get the job done today.”

Love recorded 10 of her team-high dozen points for Twin Rivers in the second quarter.

Hannah Bader also finished in double digits for the Royals with 11 points. Brianna South and Abbey Hester were close behind with nine points each.

Malden (2-6) takes on Chaffee (3-5) in a consolation quarterfinal Monday at noon.

“We see ourselves as a contender going forward in the consolation bracket,” Herring said. “We are still learning and growing as a team. We’ve got the pieces we’ve just got to figure out how to put the puzzle together. But we want to still be playing in this tournament on the final day just as much as the teams that are playing for first, third, and fifth.”