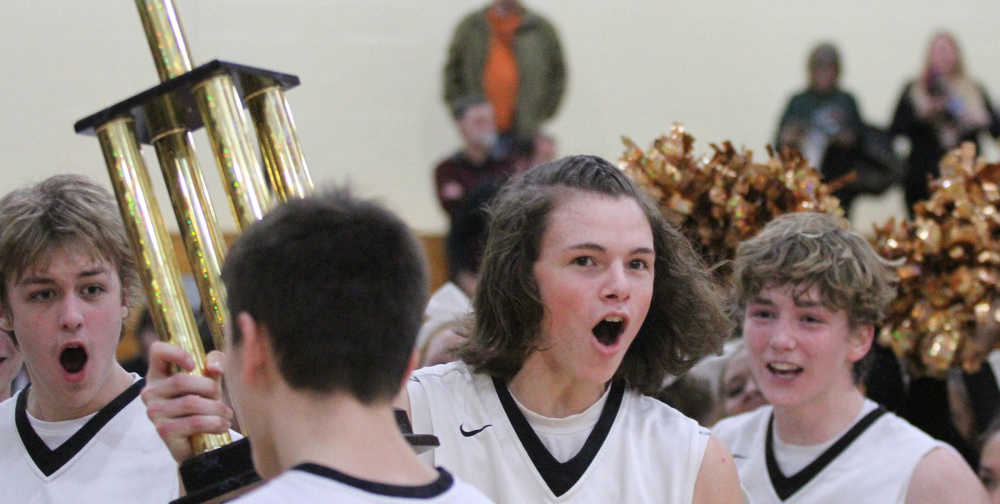 Photo by Dustin Ward, staff
Campbell’s Jacob Vines holds the trophy after his squad beat Senath-Hornersville 70-37 in the championship of the Campbell Christmas Tournament Friday night at Campbell.
Order this photo

No. 1 seeded Campbell won by more than 30 points for a third straight time as it beat the No. 2 seeded Senath-Hornersville Lions 70-37 in the championship.

“Our kids came out with a little bit of a purpose tonight,” Campbell coach Steve Fowler said. “I’ve been trying to put a little fire under them and get them to understand you have to show up ready to play and I thought we were pretty focused on both sides of the ball tonight. We played with a lot of effort and energy that first half and it paid off for us.”

Seven Campbell players recorded at least one field goal in the opening quarter as the Camels enjoyed a 20-3 lead by the 2:17 mark of the first quarter.

Skylar Morrison had the hottest hand for the Camels early on. Morrison, who finished with a dozen points, knocked down a pair of 3-pointers and two pointers before the start of the second quarter.

“We got manhandled out of the gate about every way you could tonight,” Senath-Hornersville coach Corbin Clark said. “They punched us in the mouth early. I don’t feel like we played very well throughout this entire tournament. We didn’t play like a team that expected to come over here and win a championship. We knew they would be ready to play after we beat them in this game last year. We just didn’t match their intensity in any facet of the game tonight. Hats off to Campbell because they kicked our rears tonight.”

Campbell continued to enjoy success after the first quarter as it increased its lead to 49-19 by halftime and led 70-31 at the end of the third quarter before Senath-Hornersville won the final quarter 6-0.

Blake Fowler enjoyed another stellar offensive night for the Camels. The junior guard knocked down a pair of 2-point baskets, three treys, and made all six free throws he attempted. Fowler recorded 17 of his team-high 19 points after the first quarter.

Senior Jacob Vines added five points in each half to finish with 10 points. Charlie Parker also finished in double digits for the Camels with 11 points.

“Our kids are starting to attack the glass,” Fowler said of his squad’s offense. “We are starting to understand the ball is not always going to go in when we shoot it. We are getting into the paint now and giving ourselves a chance to get a rebound now. Tonight our guys were able to get several second and third-chance opportunities.”

The Camels, which applied defensive pressure beyond the 3-point line much of the night, also enjoyed success on defense.

“They’ve got a couple of kids inside that are a load,” Fowler said. “We wanted to make it as hard as possible for their guys to catch it down low. I thought our kids battled and played hard on defense and did a good job on the glass tonight.”

Senath-Hornersville heads into the break with a record of 7-3.

“We are off to a decent start,” Clark said. “But we know the schedule gets tougher going forward and we are going to have to be a lot better than we have been if we want to have a chance to continue to win some games and put us in a position to compete in our district tournament, which is one of the best in the state.”

Campbell improves to 7-2 with its fourth straight victory. Campbell beat No. 8 seeded North Pemiscot 83-18 in a quarterfinal and outlasted No. 5 seeded Naylor 82-26 in a semifinal to reach the title game.

“We had a good week this week,” Fowler said. “We played well and got back to playing the type of basketball our kids are used to playing. After the first two games of the season, we played lethargic basketball for a week or two. This week our effort and passion came back. We are going to take that into the Christmas break and try to continue to improve before January.” 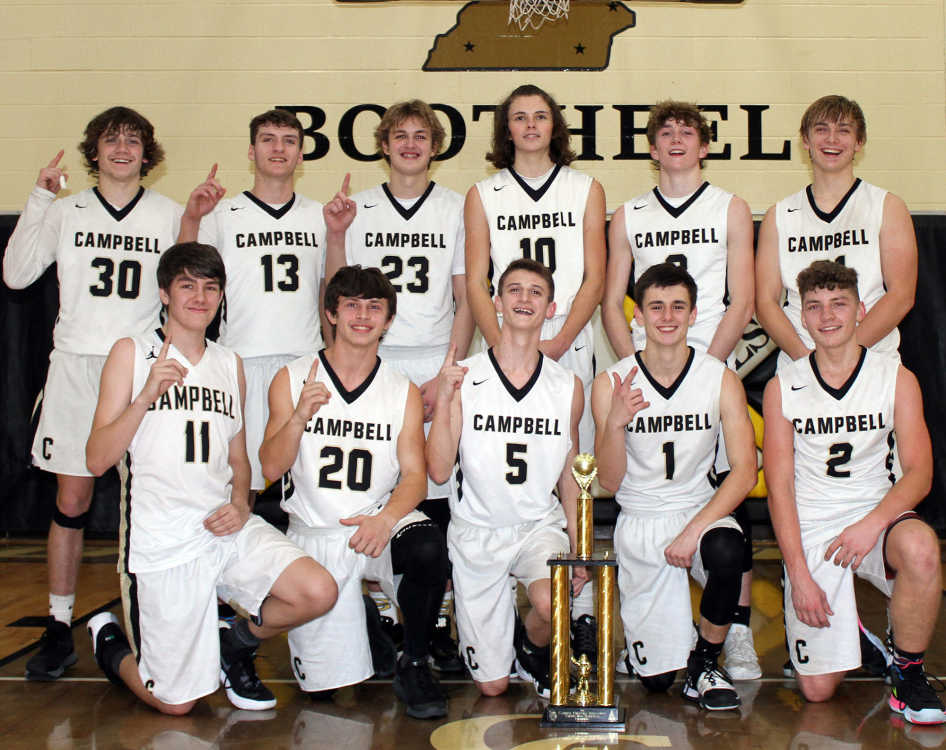 Photo by Dustin Ward, staff
Pictured is the Campbell Camels varsity boys basketball team with its first-place plaque after winning the Campbell Christmas Tournament Friday night.
Order this photo
Respond to this story