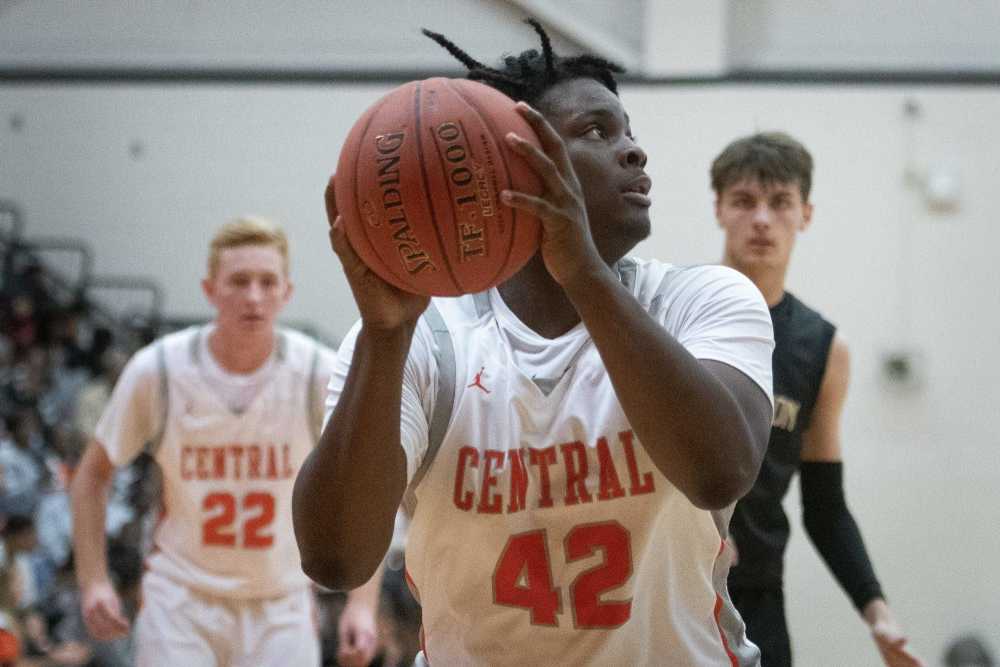 Who knew that the 6-foot-2, 240-pound man-child could also exhibit a soft touch and skill on another athletic stage?

The Tigers raced off on a pair of extended runs against the Knights (2-3, 0-1 SEMO) to remain perfect through seven games and Triplett was a massive part of the second of those positive stretches.

Farmington’s ultra-talented 6-foot-7 sophomore guard Isaiah Robinson scored a bucket early in the third quarter to pull the Knights to within 28-25 but that was when Triplett began to take over in a multitude of ways.

The Tigers (7-0, 1-0) tore off on a 12-0 run with Triplett scoring half of those points, the last two coming in transition off a kick-ahead from Cape Central point guard Tyrus Reddin.

The play exhibited the agility and deceptive speed of Triplett.

“He just kind of gets it done,” Church continued. “He’s not going to be flashy. He’s going to get things done that don’t necessarily show up in the newspaper.”

But he does a lot of things that do. Like scoring points, grabbing rebounds, drawing fouls, and making passes.

Farmington went zone against the Tigers and Church had Triplett flashing to the high post where he could shoot, drive and use his physical strength and size to score, or find cutters along the baseline or reversals for shooters with his deft touch.

Triplett scored 14 points in the game, but eight came during the third quarter when Cape Central stretched its margin into double figures.

“He can make that jumper,” Church said. “He’s hard to guard. He’s a big, thick kid. He has good basketball skills.”

The Tigers had an 8-0 run that gave them a 28-23 advantage at halftime and four of their final six points of the opening half came on blazing transition buckets from Reddin, who finished with 18 points.

Farmington continued to battle, but that third-quarter run, coupled with Cape Central hitting 12 of 16 free throws kept the Knights at bay for the remainder of the game.

“I thought we guarded pretty well for the most part,” Church said. “Second quarter we really guarded better and we gave up five (points). But offensively, we struggled tonight.”

The Tigers had scored 72 points in each of their last two games before laboring to 59.

“We settled a lot for some easy jumpers, some floaters, or some 3s,” Church said, “when we really needed to get to the rim and draw some fouls and put some pressure on them.”

Doreante’ Tucker finished with 11 in the win, while Anthony Mackins added seven.

Robinson paced the Knights with 13.