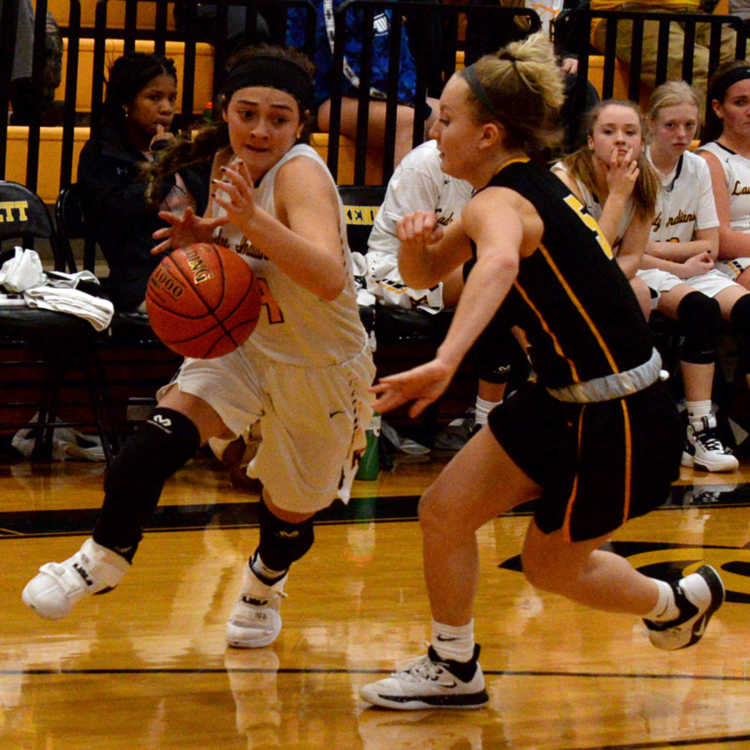 KENNETT, Mo. - The Kennett Indians varsity girls basketball team struggled to overcome the Doniphan Donettes full-court press from the start in its home opener Thursday night. The Donettes forced many turnovers en route to a 66-32 victory over Kennett. 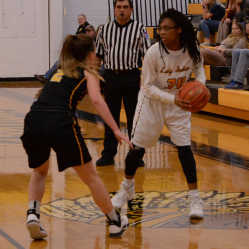 Doniphan pressed the Indians all night, flustering Kennett’s offense. Doniphan head coach Adam Epps said that a full-court press is always their defensive strategy because it leads to the faster tempo of play his team wants. 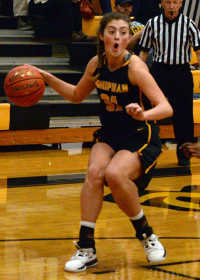 “If our press is bad or we’re getting beat on the press, we struggle to score. We really rely on points off turnovers, and it worked out from the beginning of the game,” Epps said. “There were a couple of little lapses where we laid off, but overall it was a pretty good defensive effort for us.”

Doniphan senior post Emily Ederer is the current Semoball Girls Basketball Player of the Week. She came out hot, as she scored the first 12 points for Doniphan.

“She’s really important. As far as scoring, she’s one of our better scorers, especially inside,” Epps said. “She did a really nice job of finishing inside tonight.”

In the second quarter, Kennett was outscored 22-3 to further increase the deficit.

“I was hoping we would play a little better than we did. We got off to a really poor start in the first half and we never really got our feet under us offensively,” said Aaron New, head coach for the Kennett Indians.

After trailing 39-12 at halftime, Kennett managed to have more success against Doniphan’s press in the second half.

“Being way down, I thought our girls continued to play hard. We did a little better in the second half,” New said. “We’re going to have to do a better job of coming out and playing better in the first half.”

“We started to press them more and to try to force more tempo. Our gameplan was to move the ball quicker on offense than what we did,” New said. “They’re a really good team, and their pressure really hurt us. We were trying to find some way to find tempo and get some offense.”

Patton was the Indians’ leading scorer with 13 points. She made five field goals and was 3 of 4 at the free-throw line.

Ederer paced the Donettes offensively with 24 points. She scored 10 field goals and made four free throws. Madison Eddington and Sydni Speck each had eight points for the Donettes.

Kennett and Doniphan each will be playing in the first round of the Lady Royals Christmas Classic on Saturday. Doniphan is the No. 2 seed and Kennett is the No. 5 seed in the 16-team tournament.

Doniphan is matched up against the No. 15 seed Clearwater. Epps wants his team to continue to play hard defensively, trust their teammates, and play with confidence. He believes that his team has a lot of potential that they aren’t aware of.

“As long as we play like we did tonight I have high expectations for our group. We’ve talked about this before, we don’t want to be happy with getting fourth or third or just playing in the championship game,” Epps said. “We’re past that point. We’re here to win and to put ourselves in a position to win games.”

Kennett is matched against the No. 12 seed Portageville.

“Hopefully we can get that first win against Portageville and then go from there. Mainly this time of year, it’s just about trying to play better each game,” New said. “This is one game that we might have taken a step back, but I liked our girls’ effort in the second half.” 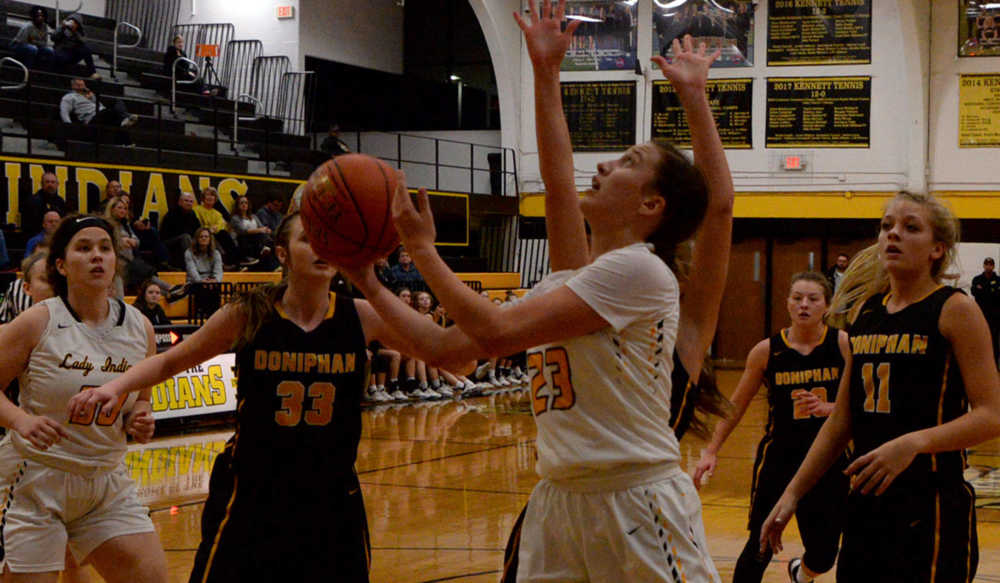