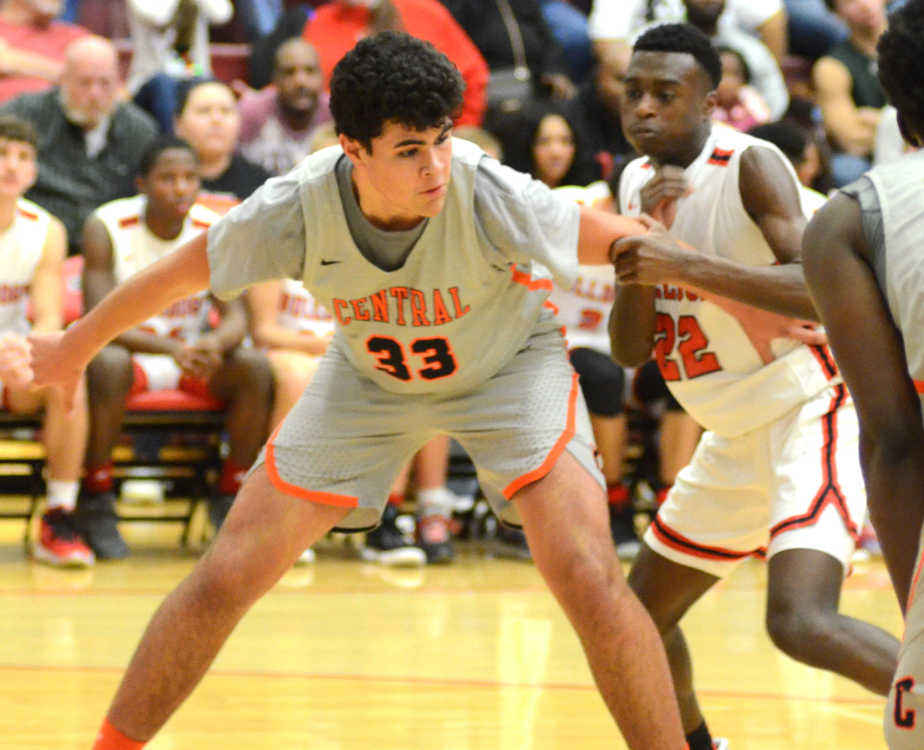 SIKESTON, Mo. — The Cape Girardeau Central boy’s basketball squad doesn’t play another game until Friday when the Tigers host Farmington (7:30 p.m.) to open their SEMO Conference schedule. That is too bad because it means the Tiger Nation will have to wait a few more days to see the next step in the development of freshman center Cam Williams.

Williams didn’t start in the championship game against the host Bulldogs, who hadn’t lost in the tournament since Williams was in the fourth grade. However, he finished the game with 14 points, including 10 in the second quarter.

“As a freshman,” Church said, “in this type of atmosphere, that’s tough. This was a big-boy game.”

The evolution of Williams took place possession by possession. Early in the game, he played tentatively and had passes and rebounds slip through his hands repeatedly.

However, his older teammates began to penetrate and hit him on dump-downs, which set him up for easy lay-ins.

Those shots visibly helped his confidence.

“I think our guys give him confidence,” Church said. “When we hit him low, it gives him more confidence.”

At one point, Williams stepped out along the baseline and buried an 18-foot jumper, which gave Cape Central fans a glimpse of his potential.

“With a young kid like that,” Church said, “he’s going to get better every game. It just comes with experience. We’ve just got to get him to be a little bit more physical. But our guys are great teammates. They are going to give him more confidence.

“I don’t care if you are a senior or a freshman, you are part of our group and we are going to expect a lot out of you.”

Cape Central senior Tyrus Reddin can totally relate to what Williams is going through.

As a freshman, Church put the ball in the 5-foot-9 point guard’s hands and has allowed him to grow as the offensive facilitator.

“Tyrus runs our team,” Church said. “He has for four years.”

Reddin finished with 17 points in the title game, and that production came in a myriad of ways. He is very dangerous off the bounce in getting to the rim, but he also banged in a pair of 3-pointers.

At one point, Reddin got his defender off balance with a drive and pulled up at 15 feet to bury a mid-range jumper.

Reddin joined classmate Doreante’ Tucker (22 points) and Dorian Triplett in shutting Sikeston down defensively in the final quarter (the Tigers held a 22-12 advantage).

“I’m so proud of them,” Church said of his team. “You don’t make shots every night, but our effort is always great. If you can do that, then we have a shot.” 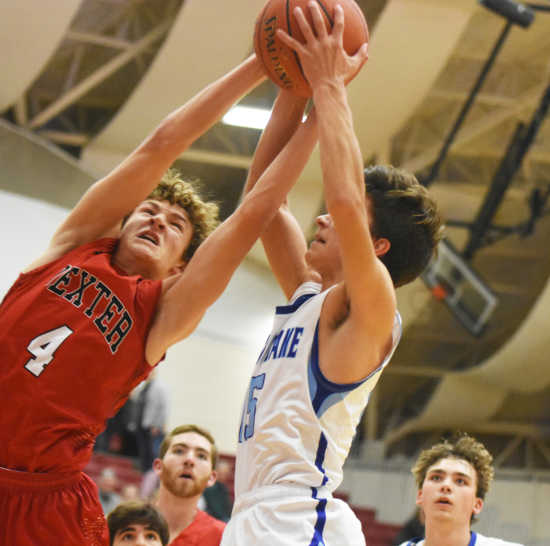 Dexter's Andrew Ellinghouse (4) and Notre Dame's Drew Heisser fight for a rebound during the first half of a game during the recent SEMO Conference Tournament at the Sikeston Field House in Sikeston.
Dexter Statesman ~ Kyle Smith

“It’s not ideal to play the same team two times in a row,” Notre Dame coach Paul Unterreiner said. “But it is what it is.”

Heisserer hit 3 of 5 long shots against New Madrid, while Dohogne hit 2 of 5.

The accuracy of Heisserer didn’t surprise his coach at all.

“Drew continues to play unbelievable for us,” Unterreiner said. “The way he can shoot the ball. Nobody knows how good of a shooter he has become. Nobody.”

In an earlier win against Poplar Bluff, Heisserer missed his only 3-point attempt, but he found other ways to contribute.

The 5-foot-9 senior dished out five assists and made three steals in the victory.

“Nobody knows how much work he has put in,” Unterreiner said. “We haven’t seen it happen yet, he is still a little gun-shy, for some odd reason.”