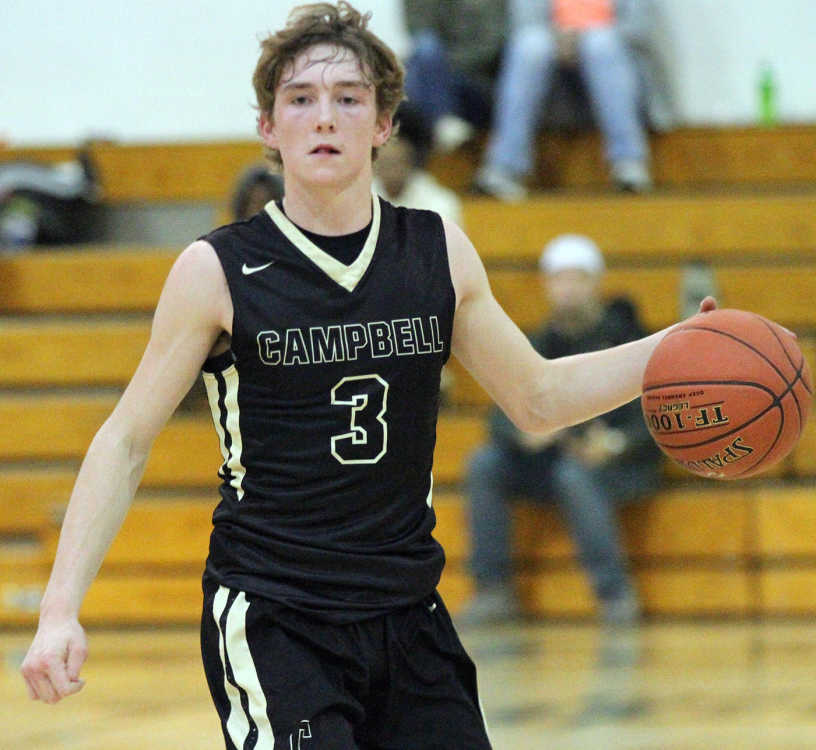 MALDEN, Mo. - The Campbell Camels varsity boys basketball team has played its fair share of close games on the road the first couple weeks of the season.

The Camels had already played three games on the road decided by single digits entering Friday.

“We’ve had a good schedule on the road early,” Campbell coach Steve Fowler said. “It’s challenging to play in those tough road environments early on. We’ve definitely got to see some good teams on the road so far.”

The Malden Green Wave became the latest squad to provide the visiting Camels with a tough test Friday. Malden jumped out to a 7-2 lead and led by single digits most of the first half before Charlie Parker knocked a 2-pointer in the closing seconds of the first half to give Campbell a 28-27 halftime lead.

Campbell found a way to win the third and fourth quarters by a few points as it improved to 2-2 in games decided by less than 10 points with a 59-50 win at Malden.

Campbell never trailed in the second half but never led by more than 11. The Camels won the third quarter by five points to increase its lead to 42-36. Campbell took its largest lead of the game at 48-37 with 6:39 left in regulation before Malden got as close as seven points three times in the final six minutes.

“Campbell is a really good team,” Malden coach Cole McBroom said. “They’ve got a couple of guys who can really put it in the hole, including Fowler, who is absolutely a stud. I thought we had a good first half and could have been up at halftime. We missed a couple of shots in the first half that we usually put in the hole. After halftime, they really tightened it up and made it hard for us to get the ball inside. But I was pleased with our effort tonight.”

Blake Fowler recorded 10 of his team-high 17 points after halftime to pace the Camels with 17 points. Fowler had three of his squad’s four treys.

“We were able to get some looks closer to the basket tonight,” Fowler said. “Our defense created a few layups for us in the second half. It’s important for us to be able to make those easy ones because we’ve been struggling to put the ball in the hole. It was good to see a few guys score in double digits tonight because we are needing more guys to step up and put the ball in the hole.”

The Green Wave, which feasted off of second-chance points, also had three players with at least nine points.

Coy Wade tallied 13 of his 17 points before halftime for Malden. Wade knocked down all three of his 3-pointers before the start of the third quarter.

Sientez Lerma tallied 11 of his 16 points after halftime for the Green Wave.

Marques Jones made a couple of field goals in each half on his way to a nine-point performance. Jones also led the Green Wave in offensive rebounds.

“If we’ve got a strength it’s definitely our length,” McBroom said. “Marques Jones is averaging double-digit rebounds and I’d be shocked if he didn’t do that again tonight. That’s kind of who we are. We get to the paint and try to get more points in the paint than the other team.”

Campbell (4-2) will play its first home game of the season next week when it begins play at its own eight-team tournament. No. 1 seeded Campbell plays No. 8 seeded North Pemiscot in a quarterfinal Monday at 6 p.m.

“It’s kind of nice to go home,” Fowler said. “We will get three games at home in our tournament. We are looking forward to playing at home.”

McBroom will head to the seed meeting for the Bloomfield Christmas Tournament on Sunday before Malden welcomes Kennett to town on Tuesday. Malden (2-3) has already collected wins against two teams - Richland and Twin Rivers - in the 16-team tournament field at Bloomfield. 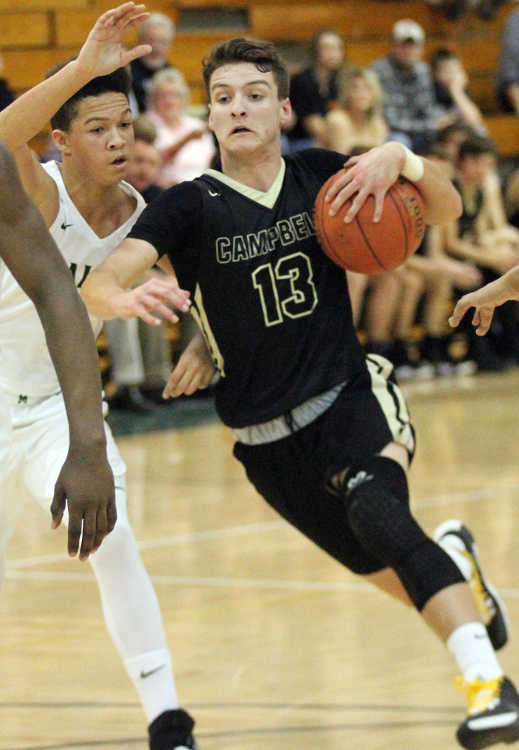