Future - and present - are bright for Jackson swimming 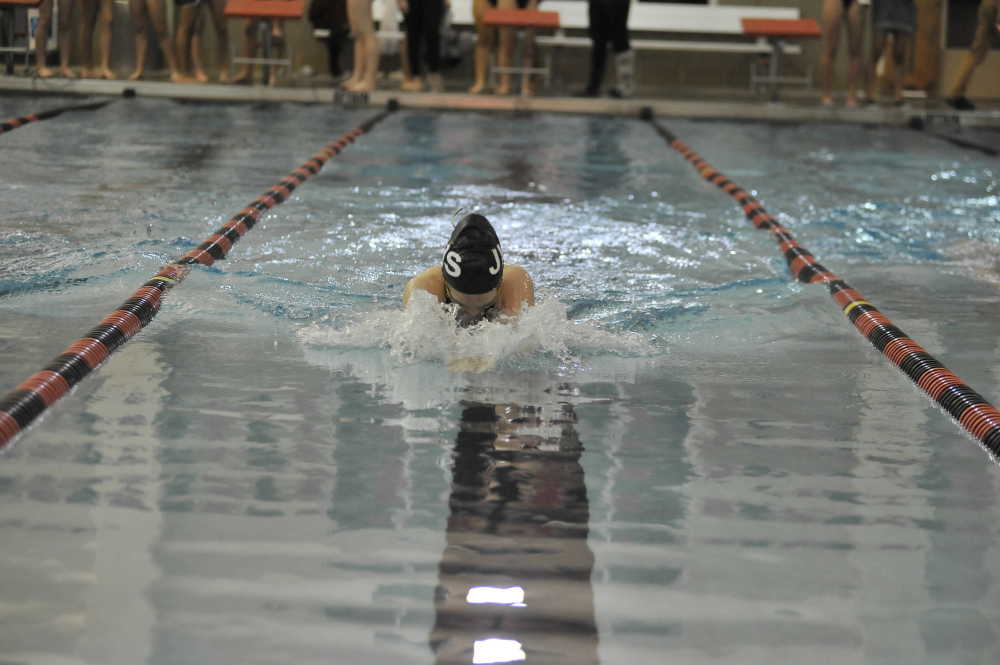 Jackson — along with Notre Dame and Saxony Lutheran — trailed Poplar Bluff by a considerable margin in Thursday’s four-way girls swim meet at the Southeast Missouri State Student Recreation Center. However, that doesn’t mean the future, and even the present, aren’t bright for the Indian swim program.

Sophomore Madelyn Harris won a pair of races for Jackson, as did freshman Courtney Huckabee. Both swimmers reached times that qualify for the upcoming MSHSAA Class 1 state meet in February.

In the case of Huckabee, she won both the 500 free and 100 breast events, which were two of the three races she had to compete in just a relatively short amount of time.

Huckabee also swam the anchor leg of the 200 free relay, which finished third, and that race was held in between the other two events.

“I push myself in every race,” Huckabee said. “But I sit down as much as possible even though I’m still trying to cheer for my friends. I drink a bunch of water and try to stay hydrated and eat food.”

Huckabee led the 500 free race from start to finish and “dropped a lot of time” from earlier races this season.

“It wasn’t my best time,” Huckabee said, “but it was good for the start of the season.”

Some swimmers shy from the 500 free event because it is the longest race, but Huckabee feels comfortable in it.

“It’s a pretty good race for me,” Huckabee said. “I like swimming distance (events).”

Huckabee is good in the 500, but the 100 breast is her specialty and she also comfortably won that race with a time of 1:15.4 (nearly four seconds faster than her nearest competitor).

“I’ve been swimming (the breaststroke) since I was little,” Huckabee said.

Her time in the breaststroke made the state meet consideration time, but she still needs to drop down three more seconds to reach the automatic qualifying time.

Meeting that standard is something that Harris did do in winning the 100 fly.

Her time of 1:07.4 smoked every other competitor by over nine seconds.

Individually, Kirkman claimed the top spot in the 200 free and 100 free events.

Jackson diver Hadley Wyatt took second in the diving, but her score of 233.70 qualified her for the state meet.