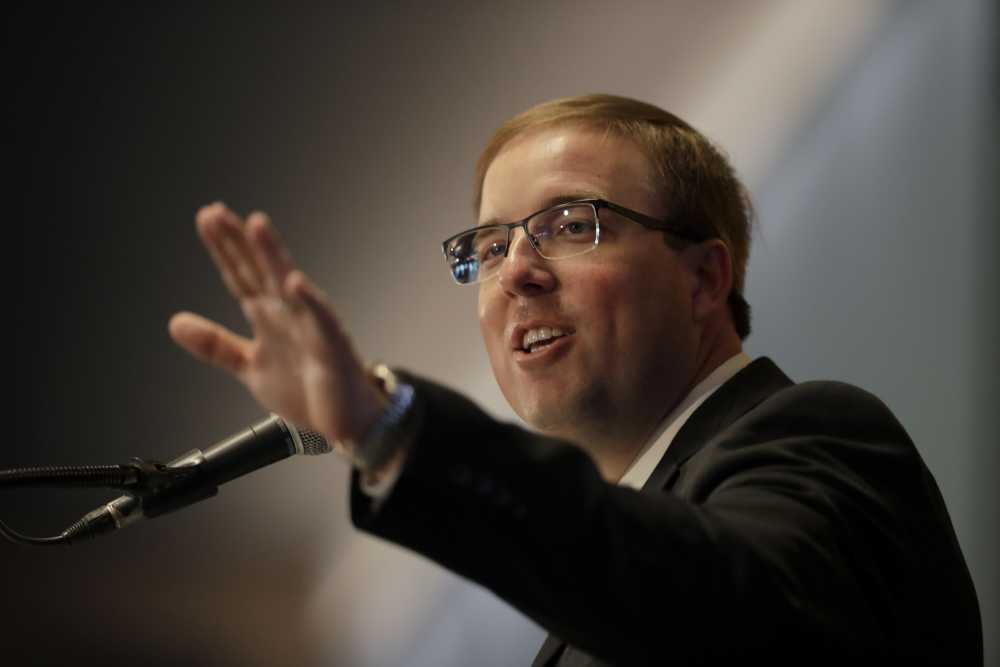 COLUMBIA, Mo. -- Eli Drinkwitz was saying all the right things after being introduced as the new football coach at Missouri, laying out his vision for the once-proud program with unwavering confidence and bold proclamations.

Then the former Appalachian State coach made a minor slip-up.

"Our purpose is to win, make no mistake about it, but to win the right way," Drinkwitz said before a packed room overlooking the south end zone of Memorial Stadium on Tuesday. "And our goal -- our stated goal -- is to win the Sun Belt."

Drinkwitz did that last weekend, following up an 11-1 regular season highlighted by wins over North Carolina and South Carolina by beating Louisiana-Lafayette in the conference title game. It was a remarkable first season as a Division I head coach, and one that landed Drinkwitz the monumental task of succeeding the fired Barry Odom at Missouri.

It is a big step up from the Sun Belt to the mighty Southeastern Conference.

"Sorry," Drinkwitz said with a wry grin after the faux pas. "We're going to win the SEC East and a bowl game."

It also sounds like quite the ambitious goal for a program that went 6-6 last season and will be dealing with scholarship and recruiting restrictions handed down by the NCAA in the case of a rogue tutor. It also must find a way to overcome emerging juggernauts Georgia and Florida in its division. But he at least stopped short of predicting the Tigers would win the SEC, which would also involve knocking off perennial powerhouses Alabama, LSU and Auburn.

"Appalachian State was a special place and I owe those players an unpayable debt of gratitude for all they did for me and my family," Drinkwitz said, "but this opportunity was the opportunity of a lifetime. It wasn't just another job. And I preach all the time, if an opportunity presents itself you have to be bold enough to take it."

Drinkwitz had his sights set on the Missouri job when it came open, but it didn't become a realistic landing spot until he learned before the Sun Belt title game school officials wanted to meet with him. His response? The father of four young daughters already had plans to see "The Nutcracker," so the meeting with Missouri would have to wait a bit.

He eventually slipped out a bit early Saturday night and drove to a hotel in Wilkesboro, North Carolina, where he met with Missouri president Mun Choi, chancellor Alexander Cartwright and athletic director Jim Sterk. The fact that all three of them came to meet Drinkwitz was enough to convince him of their legitimate interest, and from there it was a matter of boring into the details of a contract and reaching an agreement.

Missouri will pay him $4 million annually, though other terms of the contract were not immediately available.

"The first conversation even over the phone, before I met him in person, I was impressed with his knowledge of Missouri," Sterk said. "Later he told me when this job opened this is the one he wanted."

The hiring caps a quick rise through the coaching ranks for the Arkansas Tech alum. Just a decade ago, Drinkwitz was finishing up another successful season as the offensive coordinator at Springdale (Ark.) High School. He went on to take a quality control job at Auburn, where the Tigers promptly went 14-0 and won the national championship, then spent another year there before heading to Arkansas State to coach running backs.

His first season as a head coach at any level was this past season at Appalachian State.

That relatively modest experience level doesn't seem to curb Drinkwitz's self-assuredness. The bespectacled, visor-wearing coach with the soft Southern accent said he will start off by holding the dual role of head coach and offensive coordinator while also working with the quarterbacks. He intends to hit the road recruiting right away, and piece together his first coaching staff in Columbia.

He didn't sugarcoat his expectations, either. Drinkwitz fully intends to win at a school that rose to prominence under Gary Pinkel -- who was in attendance Tuesday -- but has slipped into mediocrity.

"No matter where my family and I have been in coaching," Drinkwitz said, "we've been able to rise to the occassion, to compete and do it better than it's ever been done before. I have no doubts we'll be successful at all."