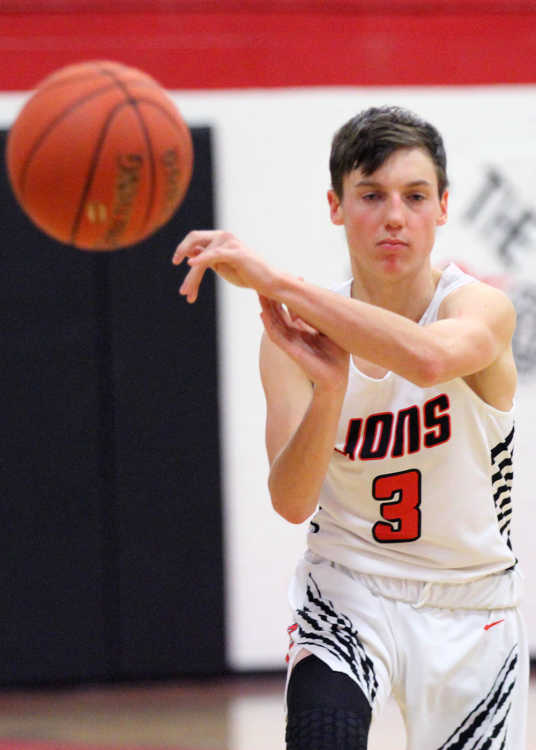 SENATH, Mo. - The Senath-Hornersville Lions and Holcomb Hornets varsity boys basketball teams both enjoyed spurts of success against each other Tuesday night.

“We did some good stuff when we turned up the pressure on them,” Senath-Hornersville coach Corbin Clark said. “We could have kept that on them but I wanted to back up and work on our man-to-man defense. I was disappointed in how we defended once we took the press off. I didn’t think we had a good defensive effort but we did do some good thing on the offensive end tonight.”

Senath-Hornersville padded its lead to 58-40 by the end of the third quarter before Holcomb responded with its own offensive surge. The Hornets put up 17 points in the final eight minutes of regulation, getting as close as nine points twice before Senath-Hornerville padded its final margin of victory back to double digits at 68-57.

“Basketball is a game of runs,” Holcomb coach Michael Snider said. “It’s about limiting runs and being able to go on runs yourself. Unfortunately, for us tonight they went on a few more runs that we did and it showed on the scoreboard. But we’ve just got to continue to learn how to handle adversity and come back. I felt like in the fourth quarter we fought through some things and made a run to get it much closer than some expected.”

Hot-shooting by guards Parker Rhew and Knolan Hunter made it difficult to defend the Lions the first half. Hunter recorded a dozen of his team-high 22 points before halftime with Parker Rhew tallying 12 of his 14 points in the first half.

“We shot the ball better from the line and the field tonight,” Clark said. “It always helps to come back to your home gym if you’ve been struggling shooting.”

Holcomb’s Nate Rhew and Eli Bader also enjoyed offensive success. Nate Rhew, who hit three of his team’s five 3-pointers, recorded at least two field goals in every quarter on his way to a team-high 23 points. Bader added 15 more points on five 2-pointers, one trey, and a couple of made free throws.

“I thought we competed really hard tonight,” Snider said. “Senath-Hornersville is a great team that is well-coached. We wanted to try to make it a game and do some things to keep it close. We got big performances from Nate Rhew and Eli Bader tonight. They really kept us in the game when we got in slumps.

"I’m also proud of our big kid who took a charge for the first time this year,” Snider added. "We’ve tried to take several and hadn't got one yet until tonight. He was able to slide over and get one. I was pretty happy with our effort all-around on the road against a good team.”

Senath-Hornersville elected to go to its half-court delay game for the final minute of regulation after Nate Rhew hit a 2-pointer with 1:05 left to cut the deficit to 66-57. The Lions successfully ran over 40 seconds off the clock without turning it over before it was fouled with 18 seconds left and Parker Rhew made a pair of free throws to set the final score.

“It’s something I didn’t feel like we should have needed to go to,” Clark said of having to stall late. “We really lost focus the last three or four minutes and the score really changed on us. But we are playing a lot of new guys. Even when we have older guys out there I feel like we are immature as a basketball team in terms of taking our foot off the pedal a little bit. I thought we did that down the stretch and turned a 15 or 20-point game into a single-digit game because we were coasting. But we did find a way to take care of it the final minute.”

Senath-Hornersville (4-1) hosts Cooter Thursday and Caruthersville Friday. Cooter, which beat Holcomb 61-55 Monday, is off to a 4-0 start to the season.

“It’s a busy week but we should be somewhat used to it after playing three games last week,” Clark said. “Hopefully, we will be good to go on Thursday. Cooter had a good bunch. They move the ball well. They’ve done a good job this year, especially on the offensive end of the floor, from what I’ve seen on them. I’m sure they will be ready to play. Hopefully, we can come out and give ourselves a chance again.”

Holcomb (0-4) returns to action Friday when it visits Portageville.

“We want the kids to play hard from the first whistle until the last whistle,” Snider said. “I feel like our kids really did that tonight. Hopefully, we can continue that moving forward.” 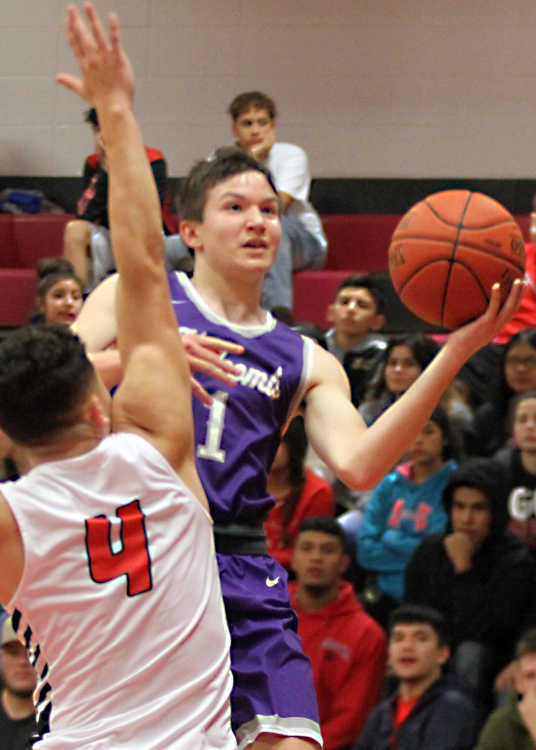 Photo by Dustin Ward, staff
Holcomb's Dylan Bradshaw glides to the basket in a varsity boys basketball game against Senath-Hornersville Tuesday night at Senath.
Order this photo
Respond to this story