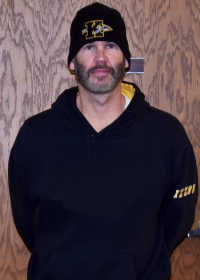 A visit to the office of Joel Wyatt, the head coach of the Kennett Indians, reveals an assortment of memorabilia on the walls.

Pictures of smiling players holding trophies surround him as he works.

Wyatt, who recently led Kennett to a state semifinal appearance and a 13-1 record in 2019, is no stranger to winning. Through his 10-year career as a head football coach, he has accumulated a 100-22 record.

When asked how he views winning, Wyatt said, “Winning is extremely important. It’s at the top of the list, but there’s a right way to do it. We want to win with character and class, and we want to win with good kids.”

Wyatt was born and raised in Willow Springs, Missouri. His parents, J.D. and Patsy Wyatt, played a large role in his life.

“I’ve been blessed to have awesome parents that have stood by me and supported me from day one and have taught me values that I use every day,” he said.

“We were always busy with sports. Everything was very involved with athletics,” he said.

On the field, Wyatt played wide receiver and defensive back for Willow Springs.

“I’ve always been a football junkie,” he said. “It’s a passion of mine, and it always has been.”

After high school, Wyatt went down Highway 60 and attended Missouri State University in Springfield. He graduated in 1988 with a bachelor’s degree in education. A few years after graduating from college, Wyatt returned home to Willow Springs and became the offensive coordinator for the football team.

“A friend of mine was the head coach at Willow Springs. I wanted to go there and work for him,” he said.

That friend, Steve Ary, was instrumental in developing Wyatt into the coach he is today.

“Besides my parents, the two biggest influences in my life are Steve Ary and Brent Colley,” Wyatt said. “They’re both in the Hall of Fame. I’ve been blessed to learn from two great coaches, but also two great people that teach life skills to their players. They go beyond teaching them the game.”

After 10 years at Willow Springs, he moved on to be the offensive coordinator at Mountain Grove. He followed Ary, who took the head coaching position there.

“I owe so much to [Ary] for giving me a chance, but also for what I learned from him,” Wyatt said. “We had great years there, won a lot of district titles and conference championships.”

Wyatt got his first head coaching job at nearby Malden in 2010. The Green Waves had finished 2-8 the previous season, but Wyatt was optimistic about the opportunity.

“I took what I learned from Ary and Colley, that mindset of trying to outwork people,” Wyatt said. “Obviously there were some growing pains from learning on the run.”

In his first season at Malden, the Green Wave had a turn-around season and finished with an 8-3 record.

Wyatt’s seven years at Malden proved to be seven of the best in program history. He finished his tenure at Malden with a 69-15 record. The 2015 Malden squad finished 14-1 and made it to the Class 2 state championship game.

With regard to how his experience at Malden affects his current coaching philosophy, Wyatt said, “It validates what we’re doing. In the weight room, the long practices, the ‘no days off’ mentality because it has worked. It is a grind, but the rewards are there in the end.”

In 2017, Aaron Pixley took the activities director job at Dexter, leaving the Kennett head football coaching position vacant. Wyatt was hired to replace Pixley and served as the varsity football coach at Kennett for the past three seasons.

“I’d always looked at Kennett as a hidden gem,” Wyatt said. “I say that because they always had great facilities, especially after the addition of the fieldhouse. There was also a great weight room. It was a step up, going from Class 2 to Class 3.

Coming into Kennett, Wyatt knew what he expected from his new team. He says that a few of his values for a team are to be disciplined, win the turnover battle, and be the most physical team on the field.

“We’re going to try to outwork people and be the most physical team,” he said. “It all starts in the weight room.”

“We want to play with enthusiasm,” he added. “I tell the kids, ‘we work too hard to not have fun on Friday nights.’ That’s when they need to turn it loose, let their hair down, and have fun. I really want them to have a good time and play with a lot of enthusiasm and effort.”

His second year at Kennett was a breakthrough year, as he led the team to a second straight outright conference title and the first district championship since the 1980s. The 2018 squad finished the year with an 11-2 record, losing to Cardinal Ritter in a state quarterfinal.

Coming into the 2019 season, there were high expectations for the Indians. These expectations were met with a 13-1 record, a third straight conference title, and another district championship. It was the most successful postseason run in school history, as the team played in its first state semifinal.

“These seniors and juniors have got three years of knowing what I expect,” he said. “Our culture is stronger, we’ve got more buying in and doing things the right way. There’s a real strong family bond in playing for the guy next to you.”

Immediately following a 50-14 state quarterfinal victory over the Roosevelt Roughriders, Wyatt addressed hundreds of Kennett Indian fans. Wyatt expressed gratitude to his wife, assistant coaches, players, community, and many others. He spoke on the importance of advancing to the Final Four, something a Kennett football team had previously never done. Missing from his remarks was any mention of him earning his 100th win as a head coach.

“I really didn’t know about it until a few days before the game,” he said. “A former player mentioned it to me, so I knew at the time that the quarterfinal win would be my 100th win. I thought it was really cool that it would coincide with such an important game. It came in front of a great crowd, and I thought that was really neat.

Marsayv’aun Harrell had an impressive senior season as the starting running back for the Indians. Harrell ran for 2,046 yards and 32 touchdowns this year. Harrell had plenty of praise for Wyatt.

“He’s the best coach in Southeast Missouri,” Harrell said. “We have a great relationship, and he’s been great for my development. He works us hard in the weight room, and the results prove that.”

Hard work is an important value for Wyatt.

“I try to work hard,” he said. “Some years, you’re going to be more talented than others, whether it be speed or strength. But if you’ve got a good work ethic you can overcome a lot of things.”

Despite all of his success on the football field, Wyatt believes the relationships he builds are more valuable.

“In the grand scheme of things, those are more important than perfect records,” he said. “When you get into coaching you obviously have a passion for the sport, but my biggest thrill is seeing kids succeed and get better.”