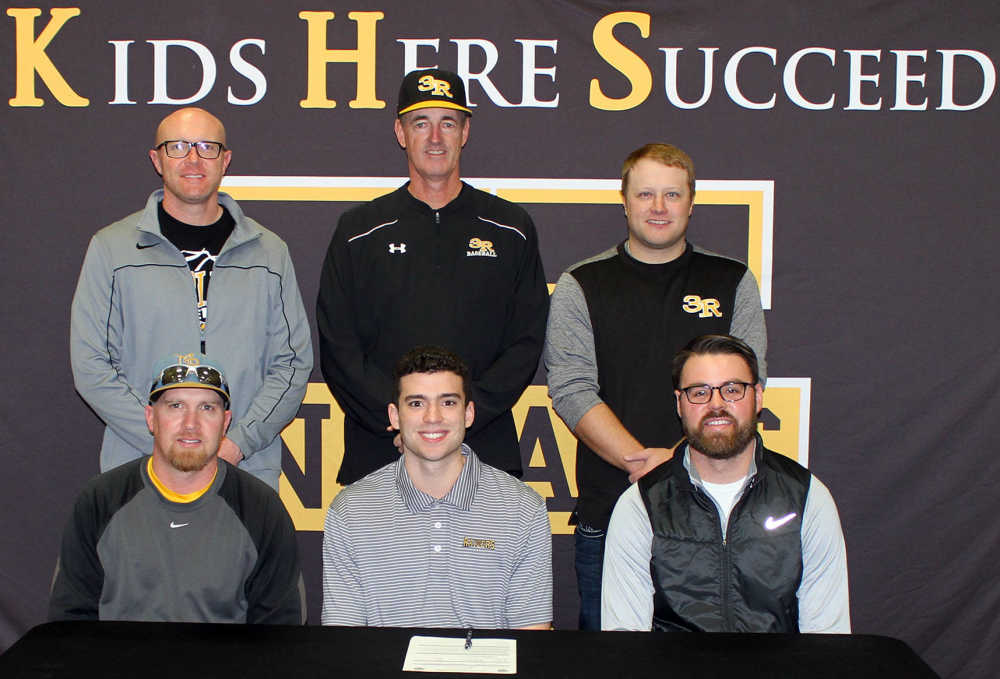 Three Rivers College baseball coach Stacey Burkey has been keeping an eye on Kennett senior Jackson Henfling since he was in middle school.

“I’ve known about Jackson for quite a while,” Burkey said. “I knew his family well. His dad pitched for us at Three Rivers so Jackson is a second-generation recruit for us. He’s certainly someone we wanted to represent our program because of his work ethic and high character.”

Henfling made the decision to play baseball at the two-year college in Poplar Bluff, Missouri, Monday.

“It’s just a good fit,” Henfling said of the decision to sign with Three Rivers College. “It’s close to home and Three Rivers plays in a really good conference. Hopefully, it will be my first step in a bigger goal.”

Henfling is a career .240 hitter. He upped his average to .254 his junior season.

“He’s a hard-working, blue-collar, tough-kid,” Kennett baseball coach Aaron New said. “He can call a game by himself. He’s smart and intelligent. He’s the kind of kid you want behind the plate as a catcher.

“He really started to develop at the end of last year,” New added. “Then he had a tremendous summer playing for the Arkansas Sticks. You can see his offensive game coming on and I think he’ll have a big year for us this spring.”

Jackson has caught 287 innings behind the plate over the last two years and is a leading candidate to play the catching position when he begins his career at Three Rivers.

“We are losing two catchers off of this year’s team,” Burkey said. “He’s athletic enough to possibly play some other positions as well. The more versatility he has the more opportunities there will be for him, but at this point, we view him as a catcher primarily. But we will see how things develop with the personnel we continue to bring in. But he’ll find his way in the mix somewhere.”

“Throwing guys out always looked cool on TV,” Henfling said. “It just looked fun so I got into it. It’s a lot more fun than the other positions,”

Baseball is not the only sport Henfling has enjoyed success at in high school. Henfling currently holds the single-season and career record for charges taken in Missouri at the high school level.

“It just shows the type of person I am,” Henfling said of breaking the record for charges. “It actually wasn’t a goal of mine. It kind of just happened. Hopefully, I can add a few more charges to that this season.”

Henfling said the decision to play baseball over basketball in college was an easy one despite his success on the court.

“Baseball has been in my family forever,” he said. “It has always been a dream of mine to play college baseball.”

Henfling hopes to make additional noise on the baseball diamond this spring before he departs for Three Rivers.

“The goal always has to be to win a state championship,” he said. “If not, what are you even playing for.”

Henfling says he plans on majoring in biology or business at Three Rivers.

“I’d like to thank my family, God, and coaches for helping me throughout the way, and Coach Burkey and Coach Smith for giving me the opportunity to play at Three Rivers,” Henfling said.