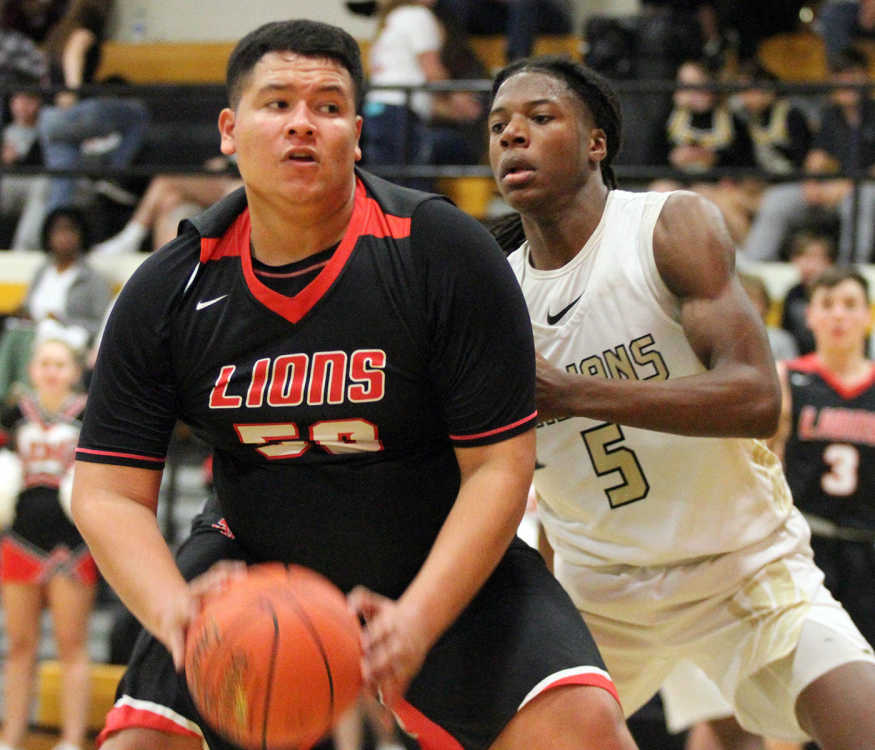 GIDEON, Mo. - One quarterfinal came down to the wire but all of the favorites advanced to the semifinals of the Gideon Invitational varsity boys basketball tournament Monday night.

The No. 3 seeded Hayti Indians outlasted the No. 6 seeded Senath-Hornersville Lions 52-47 in the only quarterfinal decided by single digits Monday.

“We had some first-game jitters tonight,” Hayti first-year coach Travis Day said. “We had some new guys who had to play some key minutes and our youth showed at times tonight. But the mistakes we made are correctable and we can get better offensively moving forward.”

Senath-Hornersville jumped out to an 11-8 lead after one quarter of play before Hayti rallied to move ahead 22-21 by halftime and increased its lead to 37-31 by the end of the third quarter.

Hayti senior guard Tre’Charles McCoy and sophomore guard Treyvon Thomas proved to be handful to stop much of the night. Thomas finished with a game-high 25 points and McCoy added a dozen more points. Thomas and McCoy recorded several of their fields goals on transition layups after forcing turnovers.

“Hayti is just so athletic and they do a great job taking you out of what you want to do offensively,” Senath-Hornersville coach Corbin Clark said. “It’s so tough to run an offense against them. I thought when we were able to handle the ball the length of the floor we were able to hurt them with some set plays. I just thought it was difficult to maintain that continuity on offense. But Hayti is one of the best programs in our conference so for us to come out this early in the year and have a chance to beat them is a good showing for our squad.”

“We’ve just got one guy right now that is ready to handle the ball against their pressure,” Clark said. “Parker Rhew did a great job tonight against their defense. But we needed someone else to step up and help him out a little bit. But overall he did a good job of getting the basketball where it needed to go. Lopez and Luna are a load inside and when we get the ball to them we can score. We’ve just got to make sure we finish and make more free throws.”

Lopez scored seven of the nine field goals the Lions recorded after halftime.

“We made them go to another option on offense after halftime,” Day said. “We shut down their guards and made them go to their big guy. He hurt us but I think I’d rather have him hurt us than watch their guys knock down 3’s.”

Both teams struggled to knock down free throws. Senath-Hornersville made 12 of 21 free throws and Hayti knocked down nine of 22 free throw attempts.

“It’s a tough bounce back because don’t have a lot of depth,” Clark said. “We will have to get a good night’s sleep and be ready to go. We’ve got to shoot the ball better from the free throw line as well. We missed a chance to beat a really good team tonight because we missed too many free throws.” 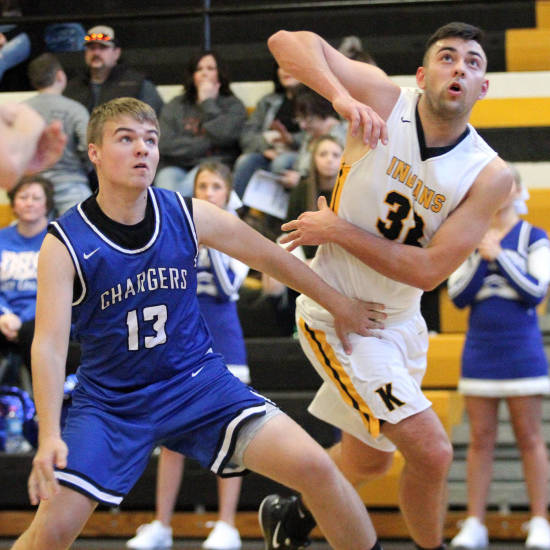 The No. 1 seeded Kennett Indians outscored the No. 8 seeded Delta C-7 Chargers in every quarter on its way to a convincing 78-23 victory in the first quarterfinal Monday at Gideon.

“We needed an opportunity to get out here on the floor and play somebody besides ourselves,” Kennett coach Andrew Halford said. “The guys have been working hard in practice. They were ready to get those first-game jitters out and try to execute some of the things we had worked on in practice.”

Kennett senior guard Marsayv’aun Harrell also experienced offensive success in the first half. Marsayv’aun tallied all 17 of his points before halftime.

Marsayv’aun also displayed range from the perimeter, knocking down three of his team’s four treys.

“Marsayv’aun shot the ball pretty well for us on the perimeter,” Halford said. “The rest of our guys struggled shooting it a little bit. But I think they will get a feel for that as we go.”

Junior Kobe Gates, who hit Kennett’s other 3-pointer, finished with 11 points. Sophomore forward Ben McMullan also scored in double digits for Kennett with 10 points on four 2-pointers and a pair of made free throws.

Thomas Watson displayed a hot hand for Delta C-7. The senior guard hit three of the Chargers’ four treys on his way to a team-high 11 points. 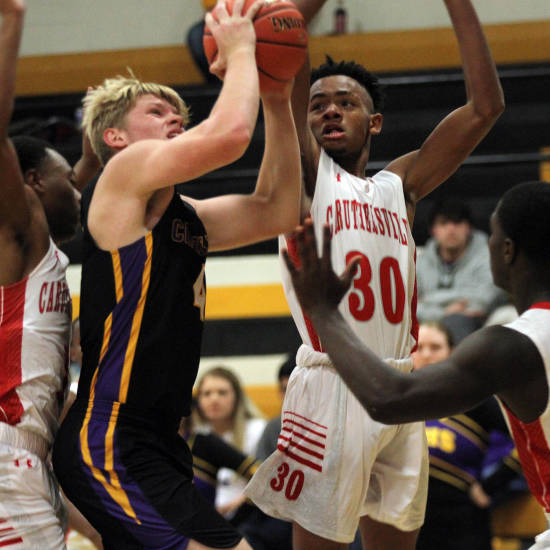 The No. 2 seeded Caruthersville Tigers trailed the No. 7 seeded Clarkton Reindeer 16-15 after one quarter of play but took complete control by halftime in the second quarterfinal Monday at Gideon.

Caruthersville outscored Clarkton 27-5 in the second quarter to move ahead 42-21 by halftime. The Tigers also won the third and fourth quarters by single digits as it beat Clarkton 78-47.

“We had a few good spurts that put the game out of reach,” Caruthersville coach Lamonte Bell said. “It just feels good to get a win because I was a little nervous tonight.”

Junior Brandon Fonda paced the Tigers with 24 points. He hit four of his squad’s six treys.

Freshman Isiah Rodgers also enjoyed a big varsity debut for the Tigers. Rodgers tallied a team-high eight 2-pointers on his way to an 18-point performance.

“We played better than I expected,” Bell said. “We've only been in the gym about 10 days and most of that time we’ve spent on conditioning. We sit two starters out and started a freshman and sophomore tonight. I thought they defended well and stepped up to the challenge tonight.”

Sophomore guard Caleb Plunkett and junior guard Izaya Gorman combined to score 30 points for Clarkton. Gorman scored 16 points on seven 2-pointers and a pair of made free throws. Plunkett tallied 14 points on three treys and a pair of two-point baskets. 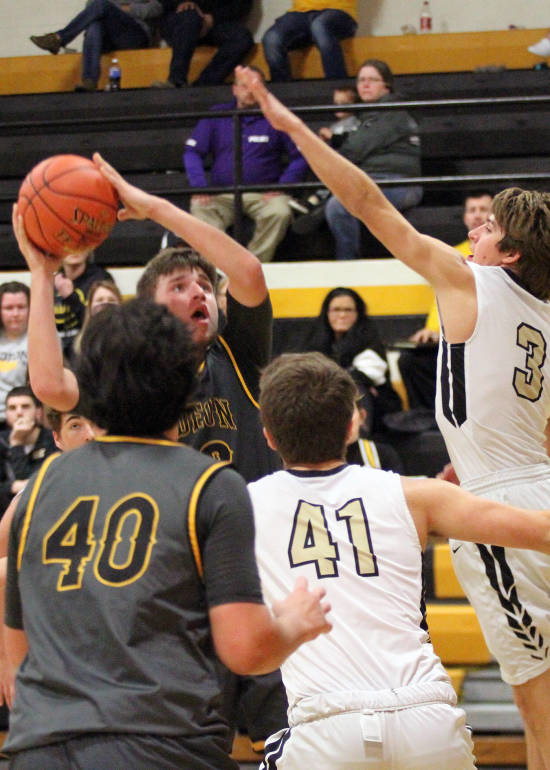 The No. 4 seeded Doniphan Dons won every quarter by single digits as it edged the No. 5 seeded Gideon Bulldogs 52-39 in the nightcap quarterfinal Monday at Gideon.

“I felt like we just gradually pulled away,” Doniphan coach Daniel Cagle said. “We never really went on any big runs. We just won each quarter by a few points. Gideon played good defense against us and played hard tonight. But we got after it as well. Holding them to 39 points is what won us the game. We are built on our defense and if we can hold teams in the 30’s we are going to win some games.”

“When their defenders came out high late we were able to throw it over the top of them a few times,” Cagle said. “We did a good job taking care of the ball and getting high-percentage shots in the fourth quarter.”

Sophomore guard Ethan Jones also scored in double digits for Doniphan. He scored all 10 of his points before the start of the fourth quarter. Jones knocked down half of the Dons’ six treys.